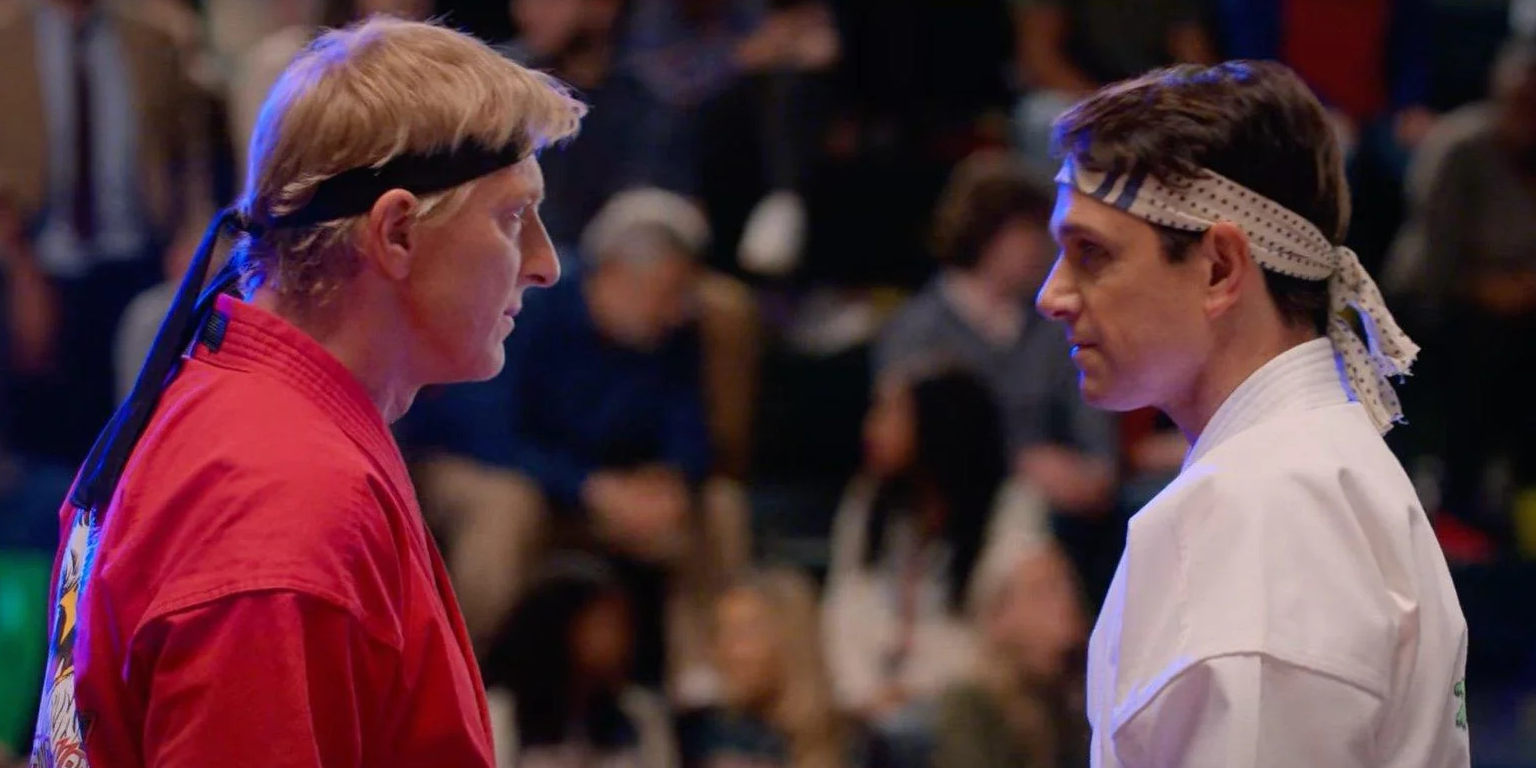 Cobra Kai never dies, right? Well, it’s certainly not dying anytime soon, with the hit Netflix series now in its fifth season and steadily remaining one of the most popular shows from the streamer. The series is a follow-up from the 1984 classic The Karate Kid, following a middle-aged Daniel LaRusso (Ralph Macchio) and Johnny Lawrence (William Zakba) decades after their famous fight. The two find themselves butting heads once more as their kids also become entangled in the pair’s rivalry.

Full of action, excitement and callbacks, it’s a treat to see these actors return as their iconic characters so many years later. Cobra Kai certainly isn’t the first show or film to bring back beloved actors and characters after such a long gap. Many others have also reprised the roles they are so well associated with in a number of projects, making us all feel sentimental as we take a trip down memory lane.

Tom Cruise made his long-awaited comeback as Pete ‘Maverick’ Mitchell in the biggest film of 2022, Top Gun: Maverick. The sequel, which smashed box office records and delighted critics and audiences alike, saw Cruise reprise his role 36 years after the original, in which he was only 23 years old.

The sequel sees aviator Maverick return to the Top Gun program to train a group of young pilots for a high-stakes mission, one of them being the son of his deceased friend Goose. Cruise is still just as energetic and entertaining in his reprisal of one of the earliest roles that made him the movie star he is today.

The live-action Star Wars universe made its triumphant return back in 2015. After being acquired by Disney, the first in a planned trilogy was released, The Force Awakens. Continuing the legendary Skywalker saga, many new heroes are introduced, and plenty of old ones return.

Both Harrison Ford and Carrie Fisher reprise their roles as Han Solo and Princess Leia, who are both now much older, wiser and emotionally fractured. However, they still both have that same charm and charisma, with Mark Hamill also briefly appearing as Luke Skywalker before his proper return in The Last Jedi.

While Neill, Dern and Goldblum have reprised their roles previously in various Jurassic sequels, this is the first time they share the screen since the original. While Dominion is certainly a mixed bag, it’s undeniably wonderful to see these three characters and actors together again. The nostalgia itself is enough to save this uneven finale.

Cue the training montage! Back in 1976, Sylvester Stallone made a name for himself and laid the groundwork for all sports to come films with his smash hit Rocky. Countless sequels followed, some better than others, up until Rocky Balboa in 2006.

In 2015, Stallone returned to the role that changed his life by taking the franchise in a new direction with Creed. The film follows Adonis (Michael B. Jordan), son of Apollo Creed (Carl Weathers), who is mentored and trained by Rocky. Stallone manages to bring new depth to a character already so well known, elevating this above standard reminiscing.

One of the most influential sci-fi films of all time, Ridley Scott’s Blade Runner earned the sequel treatment 35 years after the original. With acclaimed filmmaker Denis Villeneuve at the helm, it is a rare follow-up that improves upon the original and even stands on its own.

While the film follows Ryan Gosling’s Officer K, Harrison Ford returns as Rick Deckard, the original Blade Runner. Like he did in The Force Awakens, Ford proves he’s still got the chops to play action heroes, but with new context and vulnerability. His chemistry with Gosling is also a highlight.

The Evil Dead is one of the most prolific horror franchises to come out of the 80s, with its comedic sequels also remaining major cult classics. Director Sam Raimi stuck with the franchise’s comical streak in the TV series continuation Ash vs. Evil Dead in 2015.

Set 30 years after the original trilogy, Bruce Campbell reprises his role as Ash Williams, who now lives a mundane life and has avoided responsibility and confrontation after his horrific experiences. When a Deadite plague threatens to destroy humanity, Ash is forced to attach his chainsaw once more and fight, and it’s wickedly hilarious.

Sarah Connor became one of the most badass action heroines of all time in the original Terminator, but more so in its sequel, Judgment Day. Her transformation from unassuming waitress to combat warrior remains iconic, giving the Terminator a run for his money.

Nearly forty years after she first went head-to-head with Arnold Schwarzenegger’s machine, Linda Hamilton reprised her role in 2019’s Terminator: Dark Fate. While Schwarzenegger appears in multiple sequels, this is the first time audiences meet the aged and hardened version of Connor – who is still just as much of a badass.

Who you gonna call? Ghostbusters remains one of the most beloved and timeless films to come out of the 1980s, and a huge staple in pop culture. In the film, we are introduced to the gang’s ghost busting members, played by Bill Murray, Harold Ramis, Dan Aykroyd and Ernie Hudson.

While each of the living actors had a cameo in 2016’s female reboot, they were given their proper hero’s return in Ghostbusters: Afterlife. The protagonist of the film is the granddaughter of Ramis’s Egon Spengler, and in the climax the original gang come to her aid, including a CGI version of the late Ramis.

Jamie Lee Curtis’s Laurie Strode was the OG scream queen in 1978’s Halloween. In the film, Laurie is hunted by Michael Myers on Halloween night, and since then the two haven’t stopped sparring. While returning for multiple sequels, 2018’s iteration is her ultimate comeback moment.

After Michael escapes captivity, Laurie must come face-to-face with the boogeyman once again and end his reign of terror. The film takes a unique angle in exploring Laurie’s trauma, and how the incident affected her life. Curtis is emotionally compelling and a force of nature in her return.

The Wachowskis changed the science fiction game in 1999 with the groundbreaking The Matrix. With its masterful action, complex themes and unique visuals, it has made quite the impact. Keanu Reeves stars as chosen one Neo, who must lead the fight against the computers and liberate society from the constructed reality he is trapped in.

With two sequels completing a trilogy, the fourth Matrix film was released in 2021, where both Reeves and Carrie-Anne Moss reprise their roles. The cyberpunk pair are once again donned in black, fighting evil and looking super cool doing it.

Michelle Pfeiffer And Lucas Hedges Are The Ultimate Mother And Son Duo In Dark...

Mainstreaming Extremism: The Legacy of Far-Right Violence from the Past to the Present

Ruben Randall - May 26, 2022 0
Celebrity
Vero Beach popped up on the luxury real estate radar screen last Tuesday – catching the attention of people from Manhattan to Miami...

What’s on TV This Week: ‘The Bachelor’ and ‘American Masters: Roberta...