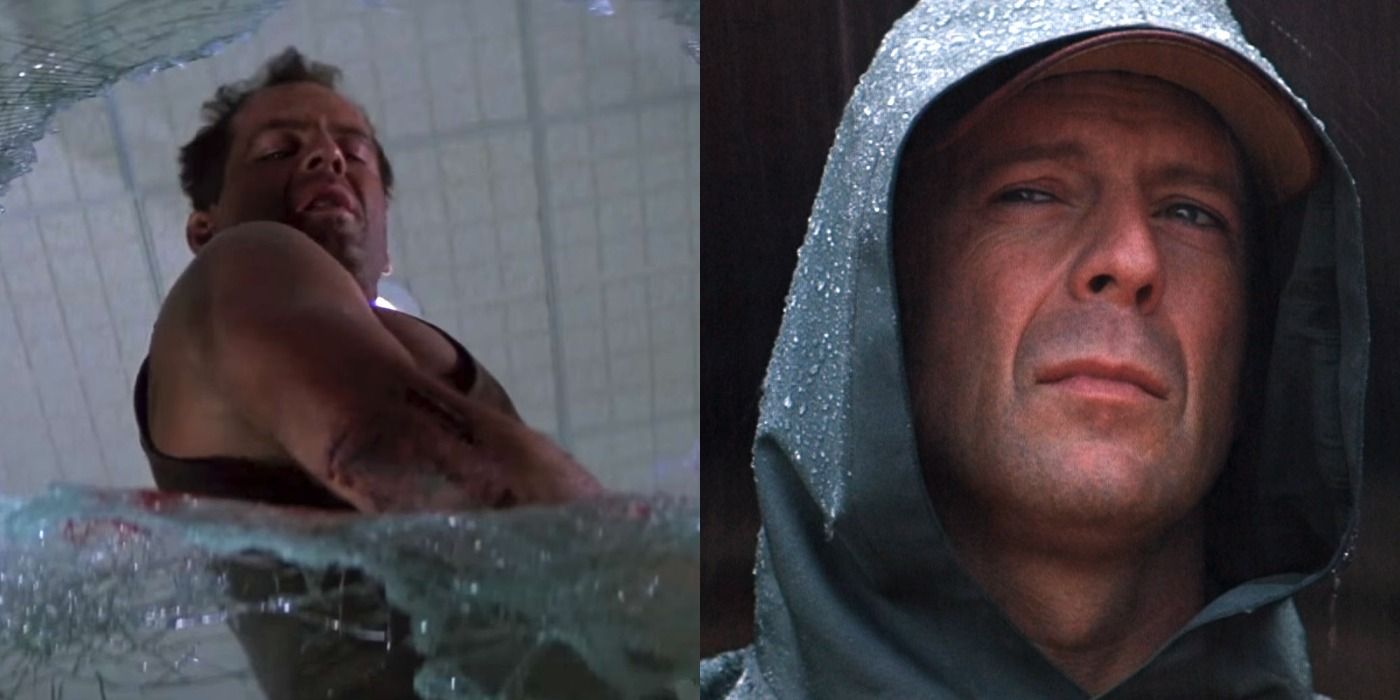 Bruce Willis has slipped into mostly straight-to-streaming action movies in recent years. For whatever reason, he is seemingly using his name to help sell these lower-budget movies where he only appears for a short time but likely gets the highest payout of the cast. The most recent of these movies just hit with A Day to Die.

RELATED: Every 2021 Bruce Willis Movie, Ranked According To IMDb

However, while many fans today will only see Willis in these streaming efforts, that does not erase his history as one of the movie world’s greatest action heroes. Willis was the everyman hero in an era that saw larger-than-life men like Arnold Schwarzenegger dominate action movies. But these aren’t the roles in which he shines. Throughout his career, Bruce Willis has been a part of some iconic movies.

It is impossible to talk about Bruce Willis’s movie career without looking at his role as John McClane. This all started in Die Hard, where Willis proved that an actor doesn’t need just bulging muscles and to heft around machine guns to be an action hero.

Die Hard is still one of action cinema’s greatest movies, with a regular cop taking on an army of mercenaries led by a genius criminal, and somehow winning the day. Die Hard still holds up today, and while it has several sequels, some better than others, John McClane remains the most iconic Bruce Willis character.

M. Night Shyamalan became an instant star director thanks to his second movie and first major theatrical release, The Sixth Sense. In this movie, it was Haley Joel Osment that enjoyed the breakout role as Cole, a child who went to see psychologist, Malcolm (Willis), for help.

What no one expected was that it wasn’t Cole who needed the help. It was Malcolm, with one of the greatest twist endings in movie history. Willis played the role straight, so when The Sixth Sense’s huge plot twist came, most people had to watch it again and again to see the clues as to what happened to Willis’s character.

M. Night Shyamalan had just become a star thanks to The Sixth Sense, and he followed it up with what many fans consider his masterpiece. This was Unbreakable, a movie where Shyamalan deconstructed the superhero movie. In Unbreakable, Willis starred as David Dunn, a man who survived a train crash without a scratch, as the only survivor.

This led to his confrontation with Samuel L. Jackson’s Glass, a man with a medical condition that left him constantly injured — the opposite of Dunn. Fans loved it, and years later, Dunn returned in a sequel in Glass.

In 1997, Luc Besson created one of his most bizarre movies. In The Fifth Element, Bruce Willis starred as a cab driver in a futuristic city who picks up a woman who leads him into a world of trouble. This was Milla Jovovich’s Leeloo, who was on the run from a mercenary named Jean-Baptiste, played by Gary Oldman.

Willis was able to bring his everyman approach to this movie as a blue-collar guy who didn’t want to get involved but had no choice. It also made his scenes with Chris Tucker’s Ruby Rhod a highlight of the movie.

It is hard to argue with the idea that Sin City is one of the most loyal comic book adaptations ever made. Robert Rodriguez shot the entire movie in front of a giant green screen and then had the entire background replicate panels from the comics.

In this movie, Bruce Willis played Detective John Hartigan, the only good cop in a corrupt Sin City. It played perfectly into the roles from Willis’s past and it gave him a chance to go full noir in a movie that let him really cut loose in a crazy world.

Bruce Willis fans got a treat in 1991 when they got to see Bruce Willis star in a movie written by Shane Black and directed by Tony Scott. This was The Last Boy Scout and saw Willis in a familiar role, as a down and out private investigator who was a disgraced former Secret Service agent.

In this movie, Joe Hallenbeck (Willis) is hired to watch over a woman, only to find her boyfriend, Jimmy Dix, not happy to see him there. Damon Wayans plays Jimmy in this buddy action movie and the two actors perfectly contrast each other in an entertaining and underrated watch.

Bruce Willis was on top of the world in 1991 and then he starred in a movie that was a critical failure and box office flop. The unfortunate part is that Hudson Hawk was a great movie if taken as an action-comedy, which it was, just with slapstick scenes and surreal humor.

Willis started his career as a comedy star, both in movies and on the TV show Moonlighting. However, fans left this disappointed after wanting another Die Hard clone. However, for anyone who wants to see Willis having fun, this might be his most iconic character.

In 1994, Quentin Tarantino became the biggest name in Hollywood thanks to his crime drama, Pulp Fiction. While most people talk about John Travolta and Samuel L. Jackson for their lead roles in the movie, Bruce Willis turned in one of his most iconic performances as the boxer, Butch Coolidge.

Asked to throw a fight by a mobster, he refuses and then goes on the run while hitmen try to kill him. Butch gave Willis a chance to take a supporting role, but one that was very important to the story and allowed him at least two memorable scenes in the movie.

In 1995, Bruce Willis starred in a sci-fi movie directed by visionary Terry Gilliam. This was 12 Monkeys, which saw Willis play James Cole, a prisoner in the future, where a dirty bomb made most of Earth uninhabitable. He is sent back in time to find out where it came from so the scientists could find a way to save the planet.

Willis got to chew a lot of scenery here, as he was trying to figure out what happened in a world he didn’t recognize. However, even when upstaged by an unhinged Brad Pitt, he held his own and this remains Willis’s greatest science fiction movie.

In 2010, Bruce Willis was back in a comic book movie, but this one had nothing to do with superheroes or even people with superpowers. Instead, Red was a spy movie based on the comics by Warren Willis and Cully Hamner.

This role helped Willis take the characters he portrayed so well in his younger days and showed it as that character moved into retirement. He was a former black-ops killer for the government who had a target put on his head. Willis starred alongside elder statesmen like Moran Freeman, John Malkovich, and Helen Mirren, in two movies where he showed his age.

NEXT: Bruce Willis – The 5 Best & 5 Worst Fight Scenes Of His Career


Shawn S. Lealos is a senior writer on ScreenRant who fell in love with movies in 1989 after going to the theater to see Tim Burton’s Batman as his first big screen experience.

Shawn received his Bachelor’s degree in Journalism from the University of Oklahoma with a minor in Film Studies. He has worked as a journalist for over 25 years, first in the world of print journalism before moving to online media as the world changed. Shawn is a former member of the Society of Professional Journalists and current member of the Oklahoma Film Critics Circle. He has work published in newspapers such as Daily Oklahoman and Oklahoma Gazette and magazines such as Vox Magazine, Loud Magazine, and Inside Sports Magazine. His work on the Internet has been featured on websites like The Huffington Post, Yahoo Movies, Chud, Renegade Cinema, 411mania, and Sporting News.

Shawn is also a published author, with a non-fiction book about the Stephen King Dollar Baby Filmmakers and has begun work on a new fiction series as well. Visit Shawn Lealos’ website to learn more about his novel writing and follow him on Twitter @sslealos.