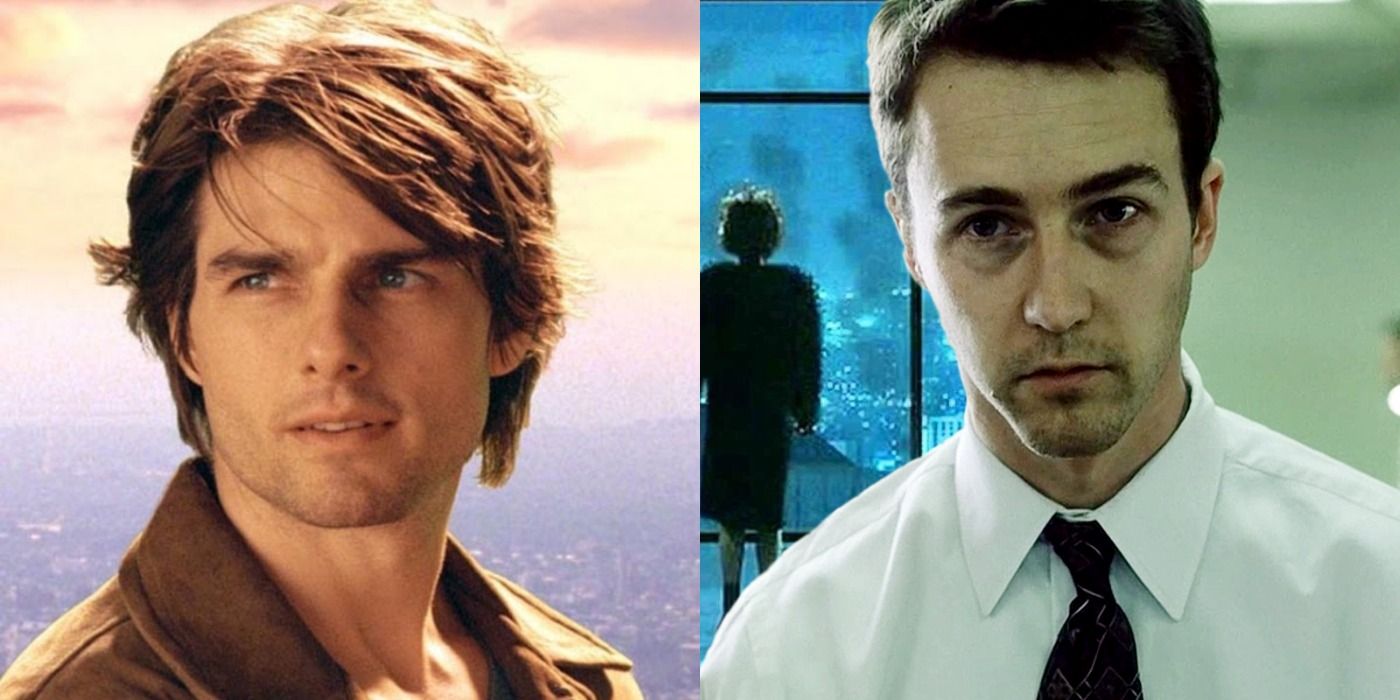 Netflix’s most recent Disney+ MCU show, Moon Knight, plays with the idea of the unreliable narrator, one of the trickiest things to pull off properly on-screen. The device can work well or it can completely throw viewers out of the viewing experience. In these cases, the most popular way to use an unreliable narrator is by making much of the story take place inside that character’s mind, and taking the viewers along for the ride.

There have been many movies in particular like this over the years, both taking place in the protagonist’s mind or often having the narrator see reality very differently from how it is. This throws off the viewers, and when done right, can completely change what the movie is about by the time the end credits roll.

Eternal Sunshine Of The Spotless Mind (2004)

Eternal Sunshine Of The Spotless Mind is a movie that literally takes place in one man’s mind. Written by the eccentric Charlie Kaufman and directed by the visionary Michel Gondry, the movie stars Jim Carrey in one of his best roles.

RELATED: Facts You Didn’t Know About The Movie Eternal Sunshine Of The Spotless Mind

In the sci-fi movie, a device allows a person to erase their memories of their significant other when they are ready to move on. Carey stars a man whose girlfriend has erased him and when he sets out to do the same, he relives their every step in his mind as their love disappears.

The movie Eyes Wide Shut was based on the novella Dream Story, which was about the thoughts of a doctor after his wife confesses to having sexual fantasies involving other men. This then leads him to several sexual adventures over the next two nights.

While Eyes Wide Shut leaves it wide open to interpretation, one thought is that the entire movie, journey, and sexual escapades were all in the imagination of Tom Cruise’s Bill. At the end of the movie, the mask from the ball is on Bill’s pillow, and since Alice’s confession was only a fantasy, it is considered that Bill’s was only in his mind as well.

Jacob’s Ladder opens with a man named Jacob Singer fighting in the Vietnam War where he and his comrades are attacked, with many dying. Jacob flees and ends up stabbed by someone in the jungle. The movie then changes to the present day where Jacob is out of the military and working as a postal clerk in New York City.

However, Jacob wakes up in a subway tunnel and eventually ends up on the run from demonic creatures hunting him down. Jacob’s Ladder ends with the huge twist that the entire story took place in Jacob’s mind, as he never made it out of Vietnam alive.

There is a lot of confusion about what was real and what wasn’t in David Fincher’s Fight Club. The fact that Edward Norton’s character was never given a name was the first big clue. That is because Norton was the Narrator and the man he befriended, Brad Pitt’s Tyler Durden, was an alter ego.

A lot of destruction took place in the movie, and when the Narrator finally realized Tyler wasn’t real, he was stuck in a confusing spot along with the viewers. What really happened? There were subtle clues throughout Fight Club, but in the end, much of the story was one man’s imagination.

The Cameron Crowe movie Vanilla Sky is based on the Spanish film Open Your Eyes. The movie opened with a man in prison wearing a prosthetic mask talking to a psychiatrist. This is David Aames and he explains how he got to this point.

He explains that a woman purposefully wrecked the car she was driving, an accident that killed her and disfigured David. Because his face couldn’t be healed, he was fitted with a mask and slipped into a great depression. The end is open to interpretation and could be a dream or possibly all take place in his mind after the accident.

The Wizard of Oz is one of the oldest and most beloved movies that more than likely takes place in the protagonist’s mind. Dorothy is a young girl who lives in Kansas with her aunt and uncle. After a tornado sweeps through her town, she wakes up in a mysterious colorful land called Oz and sets out on an adventure to kill a witch and return home.

While the movie plays the story like everything is really happening to Dorothy, there are many things that suggest it isn’t. The Wicked Witch looks just like the cruel woman who wants to take away Toto in the real world. Her companions are the people working on her farm. It’s led some to theorize that the entire movie was Dorothy dreaming.

Stranger Than Fiction is a movie that stars Will Ferrell as an IRS agent named Harold Crick who lives a strictly scheduled and solitary life. However, while he is auditing a baker, he starts to hear a voice in his head. This voice, narrated by Emma Thompson, is an author and Harold is a fictional character.

When Harold hears the author saying she is planning to kill him and end the series, he sets out to figure out how to save his own life. As a fictional character, the entire story is supposed to take place in the author’s mind, but soon, her lead character takes over.

The Matrix takes place in two different realities. The main reality is all in the minds of enslaved humans. The main character, Neo, has been living a fake life in his dreams for as long as he can remember. This is because computers had enslaved the world and used humans to power the machine.

When Morpheus sends in a team to the fake world, a team that includes Trinity, they pull out Neo and he finally sees the real world. However, the fight in this first Matrix movie mostly takes place in the fake world of Neo’s mind.

Inside Out literally takes place in the mind of a young girl. In this Pixar movie, Riley is a young girl whose parents move from Minnesota to San Francisco, turning her life upside down. While she leaves all her friends and everything she loves, her emotions take control.

These all live in her mind, with Joy and Sadness working to help her. However, when Sadness runs away and Joy tries to find her, all that is left is Fear, Anger, and Disgust, and Riley’s life falls apart as her emotions try to save her.

The Christopher Nolan movie Inception is a heist movie that has the crew breaking into people’s minds. The entire idea is that the extractors use dream-sharing technology and go into people’s minds to extract information, mostly for corporate espionage purposes.

The movie then shows amazing scenes where the world turns inside out and nothing is as it seems, always showing the ever-changing dream world. When the end comes with a top spinning as the movie concludes shows that no one knew what was real and what was in their minds.

NEXT: 15 Inception Quotes That Will Make You Think


Shawn S. Lealos is a senior writer on ScreenRant who fell in love with movies in 1989 after going to the theater to see Tim Burton’s Batman as his first big screen experience.

Shawn received his Bachelor’s degree in Journalism from the University of Oklahoma with a minor in Film Studies. He has worked as a journalist for over 25 years, first in the world of print journalism before moving to online media as the world changed. Shawn is a former member of the Society of Professional Journalists and current member of the Oklahoma Film Critics Circle. He has work published in newspapers such as Daily Oklahoman and Oklahoma Gazette and magazines such as Vox Magazine, Loud Magazine, and Inside Sports Magazine. His work on the Internet has been featured on websites like The Huffington Post, Yahoo Movies, Chud, Renegade Cinema, 411mania, and Sporting News.

Shawn is also a published author, with a non-fiction book about the Stephen King Dollar Baby Filmmakers and has begun work on a new fiction series as well. Visit Shawn Lealos’ website to learn more about his novel writing and follow him on Twitter @sslealos.

Sign of the Times? Endicott Posted Gas Price is Simply Too Much

MLB Power Rankings: The Padres reach a season high and the...