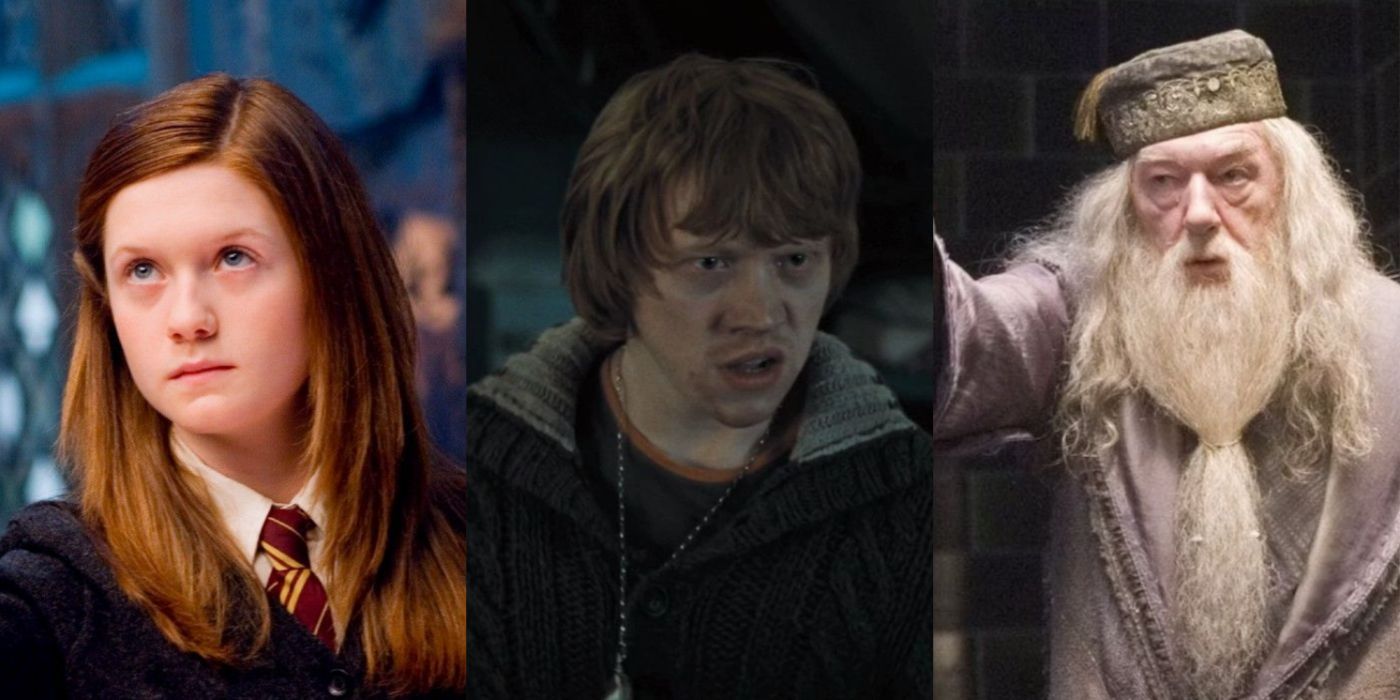 Although the first Harry Potter film came out over 20 years ago, the fantasy movies are still some of the most watched films ever. Fans all over the world grew up watching this series, which have become a paragon of the fantasy genre. However, that doesn’t mean they’re flawless.

While Harry Potter portrays a lot of beloved characters, fans are aware that a lot of these depictions aren’t book-accurate. Sometimes, it’s not a big deal, such as the subtle change in Snape’s behavior. Others completely enrage the fans, such as Ron Weasley being turned into comic relief.

10/10 James Potter Is Barely Depicted In The Movies

As the late father of the protagonist of the series, James Potter’s presence permeates most of the story. Harry goes from knowing nothing about his parents to slowly obtaining information about them, going from deep admiration to disappointment to understanding.

However, the Harry Potter movies fail to translate Harry’s complex relationship with his dead father. The films don’t delve too much into the Marauders’ history, and they don’t portray too many of James’s flashbacks throughout the series. On top of that, his portrayal in the movies makes him seem much older than he actually was – James was 21 when he died.

There’s no doubt that David Thewlis’s portrayal of Remus Lupin is one of the best performances in Harry Potter. The actor wonderfully brings this character’s energy to the screen, especially in the Prisoner of Azkaban. However, lack of screen time and poor writing meant that Remus wasn’t well-adapted.

Unfortunately, Remus is one of the unluckiest characters in Harry Potter, and the films don’t include Remus and Tonk’s difficult love story or fully explore Remus’s struggle with his werewolf condition. It’s understandable that the movies didn’t have time to include every detail from the Harry Potter books, but it still was disappointing that the films neglected this character so much.

While Percy’s portrayal was flawless in the first two movies, which accurately showed Percy’s pompous attitude and dutiful behavior, later movies failed to include his complexity. In the books, Percy offers his loyalty to the Ministry of Magic, which creates an almost irreparable gap between him and his family.

RELATED: 10 Changes Redditors Would Make To The Harry Potter Movies

Percy’s estrangement is one of the many consequences of an ideologically divided society. The fact that the movies didn’t show this was a complete miss. On top of that, Harry Potter didn’t include Percy’s reconciliation with Fred and George minutes before Fred’s death, which is one of the most emotional moments in the series.

7/10 Lord Voldemort Isn’t As Histrionic In The Books

As the main antagonist of the story, Lord Voldemort is one of the most developed characters in the series. The audience gets to see him as a child, a teenager, and in different shapes as an adult. However, while Ralph Fiennes’s interpretation of this character is very interesting, it isn’t a book-accurate depiction of Voldemort.

Although the Dark Wizard has some cruel and sinister attributes about him, he’s described as a solemn presence. The films’ writing made him more theatrical with a lot of physical movement. Still, the physical depiction of the character is on point, except for the red eyes.

6/10 Dobby Was Robbed Of Many Important Scenes

Dobby is one of the most important characters in the series, but apart from the Chamber of Secrets and Deathly Hallows: Part 1, the movies don’t really portray it. While the design of the character is terrific, Harry Potter gave a lot of Dobby’s roles to other characters, which completely ruined his adaptation in the films.

For example, in the books, Dobby gives Harry the Gillyweed for the Triwizard Tournament, and he also tells Harry about the Room of Requirements. Without Dobby’s constant loyalty to Harry, his sacrifice in the last installment of the series falls flat for those who haven’t read the books. Dobby definitely deserved more.

While Harry is the protagonist, he’s not one of the best-adapted characters. Daniel Radcliffe does an excellent job at portraying a lot of Harry’s main attributes, such as his kindness, heroism, and especially his sense of bewilderment in the magical world.

However, the script doesn’t allow Radcliffe to show other sides of the Boy Who Lived, such as his teenage angst and his sarcastic and witty comments. The protagonist of Harry Potter is a more interesting character in the books than he’s in the films and, since he’s the main character, it would have made sense for the writers to pay more attention to Harry’s development.

One of the most disputed opinions about Harry Potter is that Severus Snape is a poor character adaptation. However, it makes sense. While Rickman was an amazing actor and a lot of fans fell in love with the portrayal of the most controversial character in Harry Potter, the films don’t depict how cruel Snape really is in the books.

Throughout the movies, the audience sees Snape as a cold and strict teacher but not too vicious. However, in the books, Snape constantly humiliates and terrorizes his students, particularly Neville. While Rickman’s version is more appealing, it’s definitely not an accurate portrayal of the professor.

3/10 Ron Weasley Was Turned Into A Comic Relief

Rupert Grint as Ron Weasley is one of the most iconic performances from the 2000s. However, a lot of Potterheads believe Ron Weasley’s character was poorly depicted in the films. Although Grint manages to convey Ron’s amazing sense of humor, the films don’t show Ron’s more down-to-earth qualities.

Harry Potter doesn’t include, for example, some of Ron’s more emotional and loyal moments. In a scene where Snape humiliates Hermione for having all the answers, Ron makes fun of Hermione as well, but he defends her in the books. Furthermore, in The Chamber of Secrets, Ron explains what ‘mud-blood’ means and is outraged at Draco for calling Hermione that name. These moments are abundant in the books, but they’re mostly nonexistent in the movies.

2/10 Ginny Weasley Is Completely Different In The Books

Ginny Weasley’s depiction in the Harry Potter movies is one of the most criticized. Most fans agree that this character is very different from her book counterpart. In the books, Ginny is daring and sarcastic, but the movies made her timider and sweet.

While there is nothing wrong with Ginny’s personality in the films, it disappointed the fans who expected the character they had fallen in love with in the books. On top of that, the movies didn’t set the ground for Harry and Ginny’s relationship, which made it feel forced.

When Richard Harris tragically passed away, Michael Gambon took on the role of Albus Dumbledore in the Prisoner of Azkaban. Although there’s no doubt Gambon is a very talented actor, the drastic change between the two Dumbledores disconcerted a lot of the fans.

Viewers believe Harris’ performance was more similar to Dumbledore’s portrayal in the books. While Dumbledore definitely has a lot of energy and a strong temperament like Gamblon’s performance, he’s also elegant and graceful, characteristics that the writers forgot about by Prisoner of Azkaban.

Married for 25 Years, Arnold Schwarzenegger Once Disclosed the Apology Phrase...