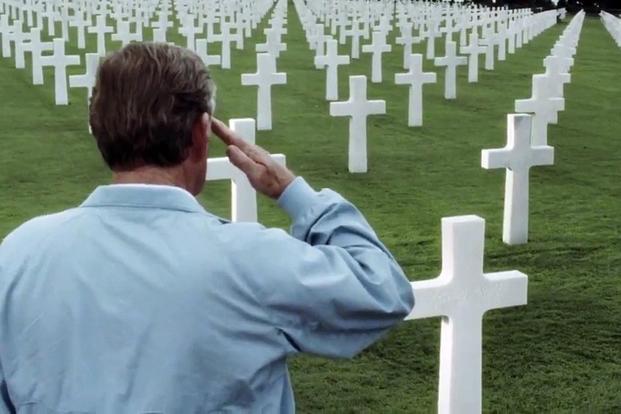 The ideal is that Memorial Day should be a time to remember those who’ve sacrificed their lives in service to their country. The reality is that many Americans treat it as the kickoff for summer barbecue season and a time to hang out with friends and family.

Of course, there’s no reason why you can’t do both. Take a few moments to reflect on the family members lost before you head out for burgers and hot dogs. If you need a reminder about the sacrifices that inspired Memorial Day, Hollywood has delivered quite a few movies that offer a chance to recognize the sacrifices made for freedom.

Here are 10 movies that make for perfect Memorial Day viewing.

There’s nothing better for Memorial Day than a movie that begins and ends with a soldier visiting a military cemetery to pay tribute to a fallen comrade. After that brief opening scene, director Steven Spielberg delivers one of the most powerful sequences in any movie ever made, as he recreates the Allied landing at Normandy in June 1944.

Related: These Are the Real Brothers Behind ‘Saving Private Ryan’

In 1993, what was supposed to be a quick incursion into Somalia to capture warlord Gen. Mohamed Farrah Aidid went terribly wrong, and U.S. forces were trapped on the streets of Mogadishu and left to fight their way out.

Director Ridley Scott captures the confusion of battle and the disorientation that the operators experience when things go wrong. Nineteen Americans lost their lives during the raid, and more than a thousand Somalis were killed. Delta Sgts. Gary Gordon and Randy Shughart, both killed in action, became the first American military personnel since the Vietnam War to posthumously receive the Medal of Honor.

Related: 5 Things You Didn’t Know About ‘Black Hawk Down’

Desmond Doss was a conscientious objector who served as a medic during World War II. Director Mel Gibson and actor Andrew Garfield brought his true-life story to the screen in a drama about a man who answered the call on the field of battle like few others ever have.

During the Battle of Okinawa, Doss repeatedly risked his life to pull injured men from the field of battle and, despite his refusal to handle a weapon, stayed in the line of fire throughout the battle. He was later awarded the Medal of Honor.

Related: ‘Hacksaw Ridge’ is a War Movie Like No Other

Director and West Point graduate Rod Lurie made a powerful film about the 2009 attacks on PRT Kamdesh during the Afghanistan War. Unfortunately, it was scheduled to be released in theaters during the summer of 2020, and “The Outpost” didn’t get the recognition it deserved at the time.

You can watch it now and learn the stories of SSgt. Clint Romesha (played by Scott Eastwood) and Spc. Ty Carter (Caleb Landry Jones). They weren’t the only men who displayed exceptional bravery under fire, but they were the two who were awarded the Medal of Honor for their extraordinary actions that day.

Related: ‘The Outpost’ Powerfully Confronts the Contradictions of the War in Afghanistan

Director Peter Berg and actor Mark Wahlberg bonded while making this movie that tells the true story of Navy SEAL Marcus Luttrell and the ill-fated 2005 Operation Red Wings mission in Afghanistan that left Luttrell as the lone survivor of the op.

The movie has special resonance for Memorial Day, because Michael Murphy (played by Taylor Kitsch in the film), one of the SEALs killed on the mission, inspired the tough Memorial Day Murph workout that many military members, veterans and civilians attempt as a tribute to the fallen.

Related: What Are You Doing This Memorial Day? Try the Murph.

Michael Bay’s movie wants viewers to forget the political catchphrases and actually remember the men who fought and died during the 2012 attacks on the U.S. diplomatic compound in Benghazi, Libya.

John Krasinski, James Badge Dale, Max Martini, Dominic Fumusa, Pablo Schreiber, David Denman and Toby Stephens bring to life the real security detail made up of U.S. special ops veterans and show both the challenges they face and the sacrifices they made.

Sam Mendes’ Oscar-winning World War I movie delivers an up-close and personal view of the war as the crew creates an illusion of one continuous shot as two young British soldiers are sent to deliver a message that could save the lives of a unit on the front lines.

The Great War was the moment when ancient ideas about warfighting were being overtaken by the modern technology that dominated the conflicts over the rest of the century. “1917” captures the horror of the moment, as troops fighting a 19th-century war were mowed down by the latest and most cutting-edge tactical equipment.

Related: How ‘1917’ Taught a New Generation to Care About World War I

Pinned on a French beach by the German Army, Allied forces faced what seemed like wholesale slaughter until the British people organized the greatest military evacuation in history. Civilians sailed their own boats across the English Channel, and hundreds of thousands of men lived to fight another day and eventually win the war against Nazi tyranny.

Vietnam veteran Doc Shepherd (Steve Carell) reunites two of his battle buddies, Sal Nealon (Bryan Cranston) and Richard Mueller (Laurence Fishburne), and asks them to join him on a journey to give Doc’s son a proper funeral after he was killed in the Iraq War.

The three veterans reconnect and revisit old differences during the road trip before the movie ends with an incredibly moving funeral for Doc’s son. The film is based on Darryl Ponicsan’s novel “Last Flag Flying,” which was a sequel to his book “The Last Detail.”

Director Richard Linklater’s movie isn’t a direct sequel to the “The Last Detail” film that starred Jack Nicholson, Randy Quaid and Otis Young. The characters in “Last Flag Flying” have different names, and the overall vibe is more respectful than what you got in the 1973 film. 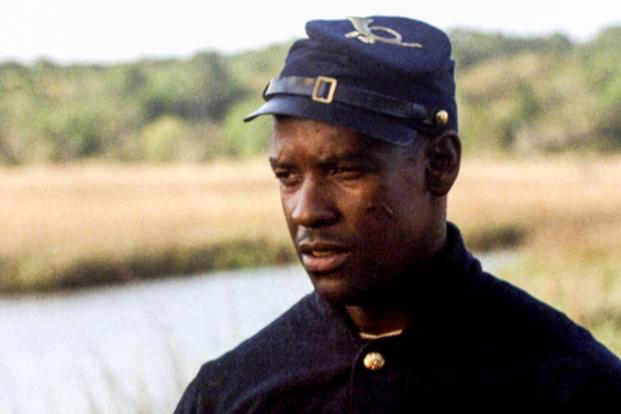 More than half the unit was killed in the attack and both Trip and Shaw lost their lives, but the successful assault led Congress to authorize the raising of Black soldiers for the Union Army.

Keep Up With the Best in Military Entertainment

Whether you’re looking for news and entertainment, thinking of joining the military or keeping up with military life and benefits, Military.com has you covered. Subscribe to the Military.com newsletter to have military news, updates and resources delivered straight to your inbox.

© Copyright 2022 Military.com. All rights reserved. This material may not be published, broadcast, rewritten or redistributed.

Ruben Randall - June 28, 2022 0
Celebrity
After more than a decade on air, fans can finally stream all the seasons of Teen Mom 2 on Paramount+. It began with 16 and...