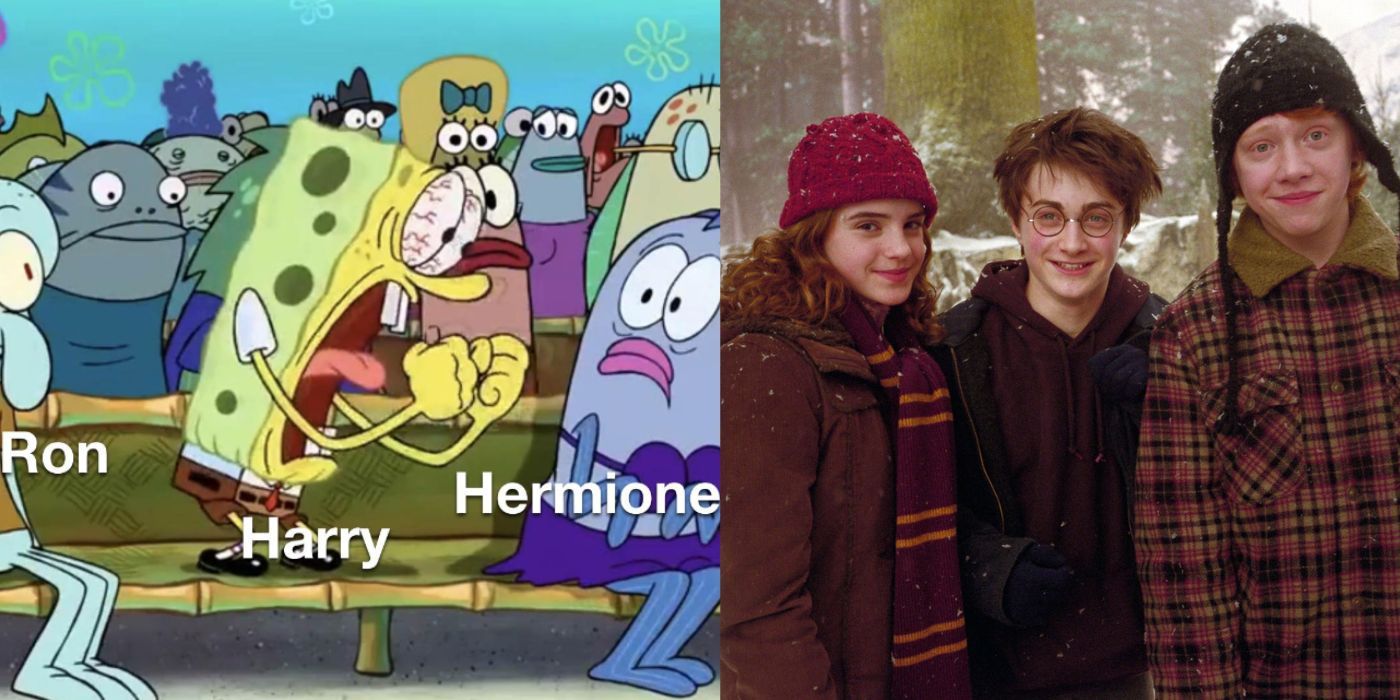 Harry, Ron, and Hermione are the staple of the Harry Potter series. Despite the books being named after Harry, he wouldn’t have made it as far as he did without his two best friends by his side.

The Golden Trio has been through a lot together since they first met on the Hogwarts Express. They’re the subject of many discussions, fan creations, and memes. Fans can’t get enough of the trio and their heartwarming friendship and hilarious antics.

It’s a well-known fact by most Harry Potter fans that Hermione is the smartest witch of her generation, if not of all time. She’s always there to answer questions and come up with answers that solve whatever trouble that she, Harry, and Ron find themselves in.

RELATED: The Most Frustrating Decisions Harry, Ron And Hermione Made

She’s so smart in fact, that towards the end of the series Harry turned to her first whenever he was struggling with an answer for something. Google doesn’t exist in the Wizarding World, but Harry doesn’t need it when he has Hermione around to answer all of his questions.

Hermione may be talented at many things, but sport, specifically Quidditch, isn’t one of them. All of her friends, including Ron and Harry, are on the Gryffindor team, meaning she’s often left to her own devices when they’re training.

She also has to watch a lot of the matches alone in the grandstand, because everyone who would usually sit with her is up in the air playing. At least she’s always a good sport, cheering her friends on from the sidelines.

Harry and Ron often get into mischief when they’re together, the two of them are best friends after all. This means that Hermione is stuck being the sensible one out of the three.

There have been countless times when Hermione has had to remind the boys to stay focused on the task at hand. She has the challenging task of keeping Ron and Harry serious and there are plenty of examples where she’s a little fed up with their antics.

7 Together Even In Danger

Harry gets himself into life-threatening situations more than any other character in the whole series. As Hermione says, it’s because he’s the chosen one. He can’t go a year at Hogwarts without almost dying at least once.

RELATED: 10 Coolest Theories About Hogwarts Houses, According To Reddit

However, like the good friends they are, Ron and Hermione never let him go alone. They’re always close behind to keep an eye out for Harry and step in when he needs them. The three are virtually inseparable.

As discussed before, Hermione is incredibly smart. She brings an incredible amount of intelligence and bravery to the trio, as proved later in the movies, especially in Deathly Hallows Part One and Part Two. Her bravery is one of the most underrated things about her character.

Some fans have even argued that Hermione is the strongest out of the three, given her combination of skills and knowledge. She’s saved Harry and Ron countless times over, so it makes sense that fans feel she’s the strongest.

5 Harry Vs Ron And Hermione

Harry’s home life has always been worse than his two friends, and nothing proves this more than Prisoner Of Azkaban. While Hermione and Ron are able to visit Hogsmeade, Harry is left behind at Hogwarts.

As pointed out by this fan, it’s a hilarious yet also sad thought to imagine Harry stuck inside watching his two friends have fun. Thankfully, because of Ron’s brothers, George and Fred’s mischief, Harry is later able to join them.

Order Of The Phoenix is one of the more complex narratives in the series, it’s where the trio really starts to face things bigger and scarier than them. Harry in particular is dealing with a lot of trauma, after watching Voldemort return and witnessing Cedric’s death.

RELATED: 10 Funniest Book Scenes From Harry Potter That Were Cut From The Movies

Harry doesn’t know how to handle it and often takes it out on Ron and Hermione, who are doing their best to help him. It’s a difficult book for fans, and for the Golden Trio, who are really going through the motions of grief and mourning.

While Harry Potter may be the Chosen One, he can’t escape the awkwardness of being the third wheel. Although Hermione and Ron don’t get together until the very last book, there have always been hints of their feelings for each other.

From this moment in particular in Prisoner Of Azkaban to the Yule Ball, Harry’s had to watch as his two best friends struggle to admit their feelings for each other. There are a few moments of teenage awkwardness and angst for Harry.

Goblet Of Fire really tested Harry and Ron’s friendship. It highlighted the stark differences in their upbringings and family life, and their nasty sides came out.

Ron refused to believe Harry when he said he didn’t put his own name in the Goblet of Fire, which resulted in months of falling out and arguments.

Fans have since agreed that Ron was in the wrong for not believing Harry, making this meme even funnier seeing how stubborn Ron was.

Hermione is always there when her best friends need her. She’s the reason why Harry survived so many attempts on his life, and why Ron is still alive.

She certainly didn’t know what she was getting herself into when they all first met on the Hogwarts Express, but thankfully for Harry and Ron’s sake, she became their friend. Hermione is the definition of “Mom Friend”, stepping in when she’s needed the most, or when the boys need saving.

NEXT: 10 Most Unexpected Deaths In The Harry Potter Series

House Of The Dragon’s Olivia Cooke On How She’s Not Playing A Villain –...