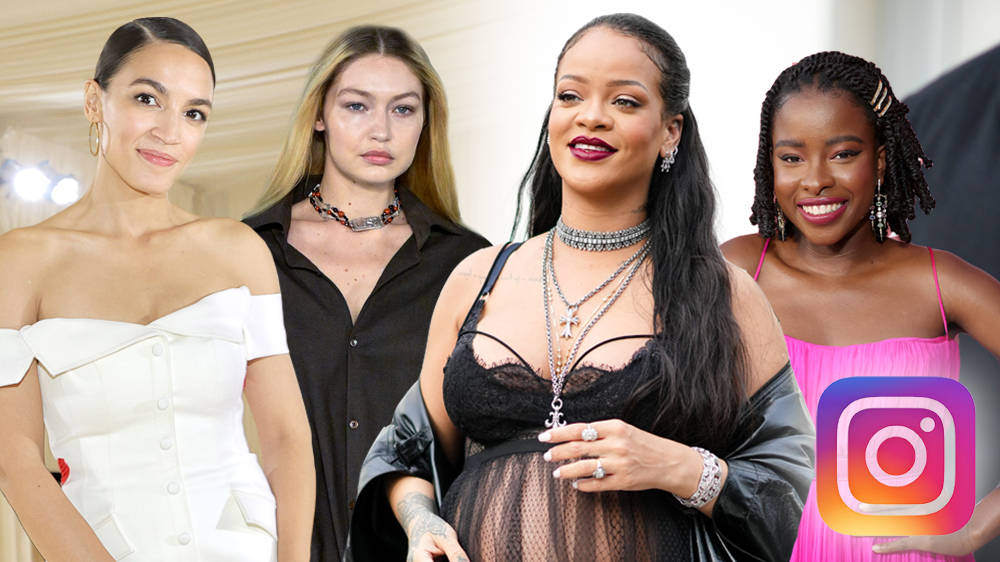 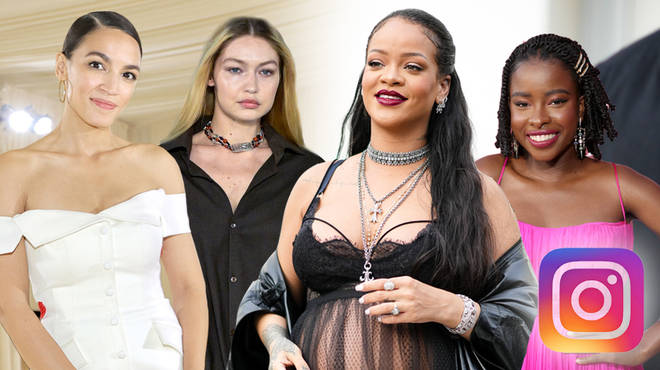 International Women’s Day is all about celebrating amazing women who push boundaries, speak their truth and create opportunities for others.

International Women’s Day is here and we’re celebrating the social, cultural and economic achievements of women across the globe.

Your female inspiration might be a pop icon, like the fearless singer-turned business woman Rihanna, or it might be a political figure like Alexandria Ocasio-Cortez, who made history when she became the youngest women to be elected as a member of the United States Congress.

So this IWD, we’re freshening up your following list with a bunch of artists, celebrities, activists and idols who will always speak up on behalf women and continue to champion equal rights. 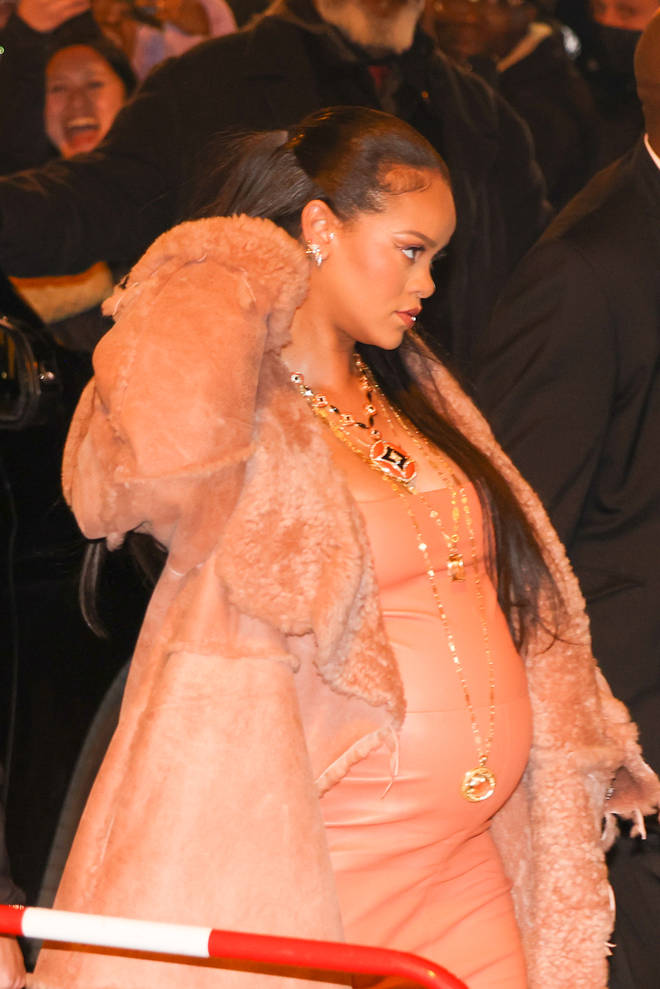 After topping the charts for the majority of her career by, as her peers said, not changing since day one, Rihanna cemented herself as one of the most influential women in the world after she expanded her projects to business, launching Fenty Beauty in 2017 and lingerie brand Savage x Fenty in 2018, companies which helped make her the richest musician in the world in 2021 with a net worth of $1.7 billion.

The 34-year-old is currently pregnant with her first child with boyfriend A$AP Rocky, and her nothing-to-hide-here pregnancy style, featuring bump-baring crop tops and buttoned-down jackets, has only expanded her ever-growing influence.

She told People about her maternity style: “I’m enjoying not having to worry about covering up my tummy. If I feel a little chubby, it’s like, whatever! It’s a baby!” 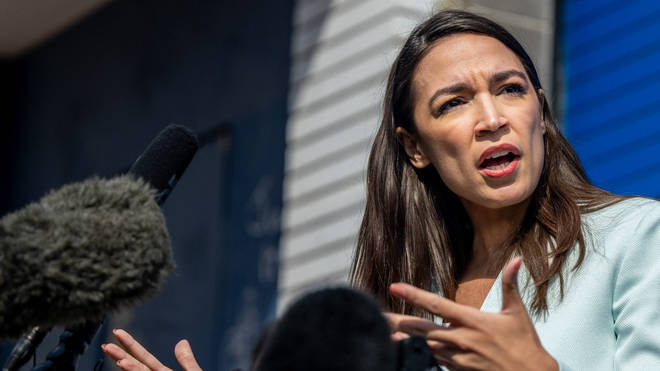 See also  Debt cancellation got all the attention, but this Biden proposal could impact student-loan borrowers more, critics and advocates say

Alexandria became the youngest woman to be elected as a member of the US Congress in 2019, when she was just 29, a record-breaking accomplishment for not only such a young woman, but a Hispanic woman too.

Born in the South Bronx, Alexandria is very open about her beliefs for intersectionality and is always quick to stand up for herself and others. She has an incredible 8.5 million followers on Instagram, where she’s become famous for putting political jargon into words the public can understand. 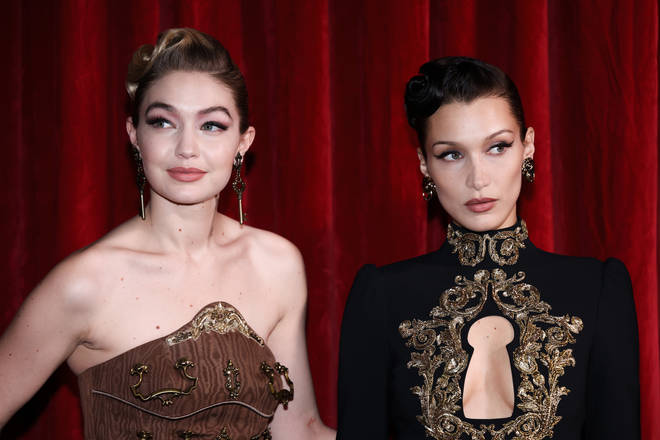 Gigi and Bella Hadid are activists as well as supermodels.

Sisters Gigi and Bella Hadid have established themselves as the most grounded supermodels in the industry. The siblings are not only known as the hardest-working models, but they have always used their platforms to address political issues, speak out on social inequalities and highlight injustice around the world.

Just this month Gigi announced she would be donating the money she earned from her Fall 2022 fashion shows to those suffering from the war in Ukraine. 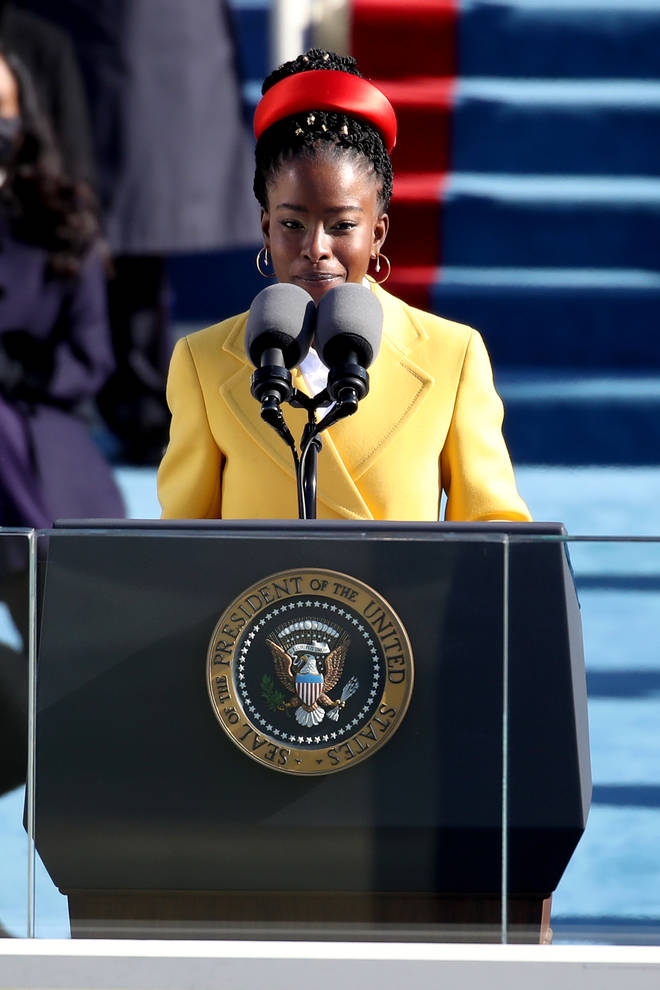 Amanda Gorman, a poet and activist who is just 24 years old, famously spoke at President Joe Biden’s inauguration in 2021, where she recited her poem ‘The Hill We Climb’.

The young creative focuses her work on marginalisation, oppression, feminism and race and already has three books of her own, one of which is a lyrical picture book for children. 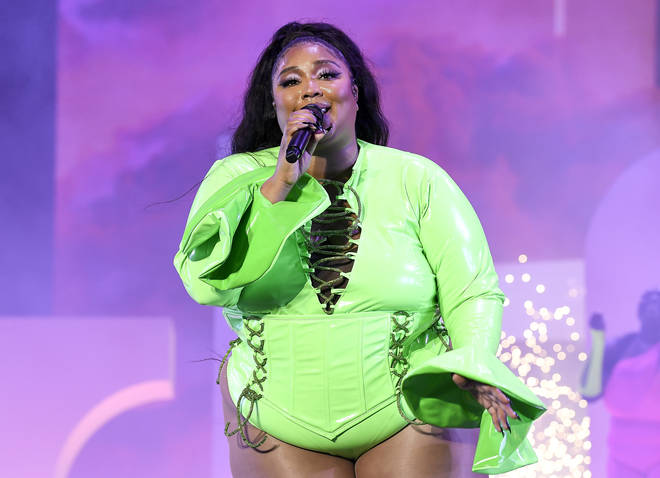 Lizzo is a music icon and body positivity advocate.

Lizzo of course makes pop bangers, but she’s also become an icon in her own right thanks to years of championing body positivity and being honest about her mental health.

See also  Shah Rukh Khan and Tom Cruise have 5 things in common. Can you guess?

She went on: “And what I’m doing is stepping into my confidence and my power to create my own beauty standard. And one day that will just be the standard.”

In 2021 she delivered a TED Talk on the Black history of twerking and how it helped her embrace her body. 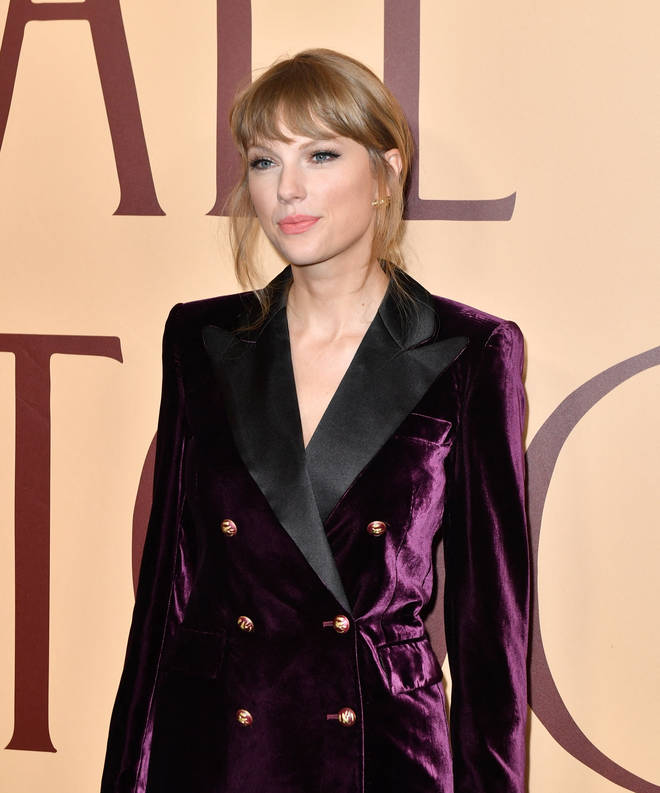 Taylor Swift is the ultimate feminist.

Taylor Swift might be known for writing about love and heartache, but diehard Swifties know she also addresses feminism in – and out of – her lyrics. Her songs like ‘The Man’, ‘You Need To Calm Down’ and ‘Shake It Off’ will make you feel all kinds of empowered, but away from her music, Taylor sets a great example for women everywhere.

Never one to stay silent when someone publicly takes her down (*cough* Damon Albarn), Taylor made a powerful statement when it emerged Scooter Braun had sold her entire back catalogue of music, videos and album art, meaning she’d never fully own her creations, telling her fans she would be re-recording all of her old albums from ‘Fearless’ to ‘1989’ – a process she began in 2019. 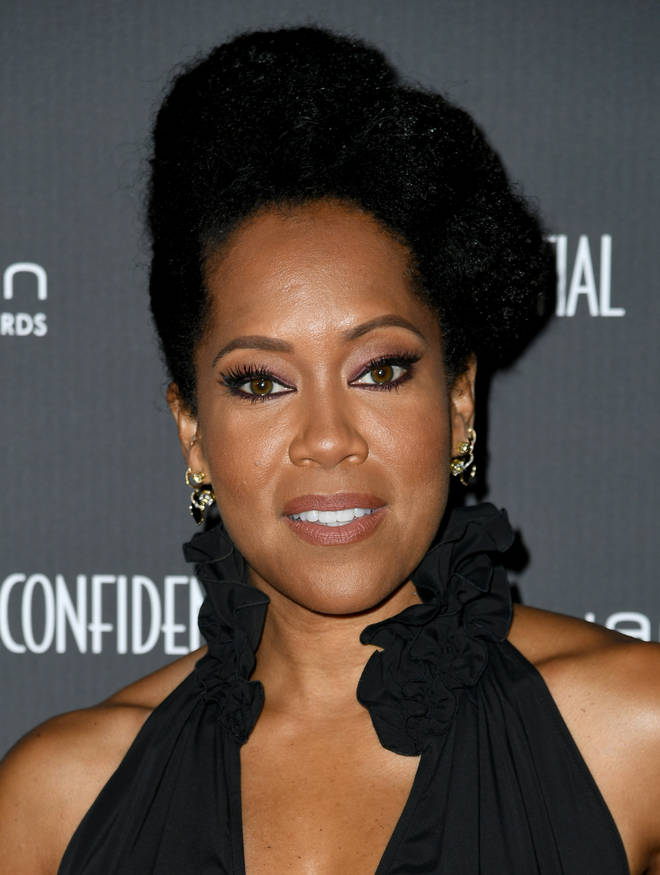 Regina King runs her own production company with her sister.

There’s a reason Time magazine named Regina King as one of the 100 most influential people in the world in 2019, a title she still holds. The actor-turned director started out in the TV and film industry at a young age and now has a production company of her own, Royal Ties Productions, which she runs with her sister Reina and has used to cast more people of colour and women in the industry.

See also  "Derek Carr is going to have a better season than Tom Brady": $3 million NFL analyst has massive expectations for Raiders QB including throwing for over 5,000 yards

In 2020, she signed a deal with Netflix to produce original films and series with the streaming giant. 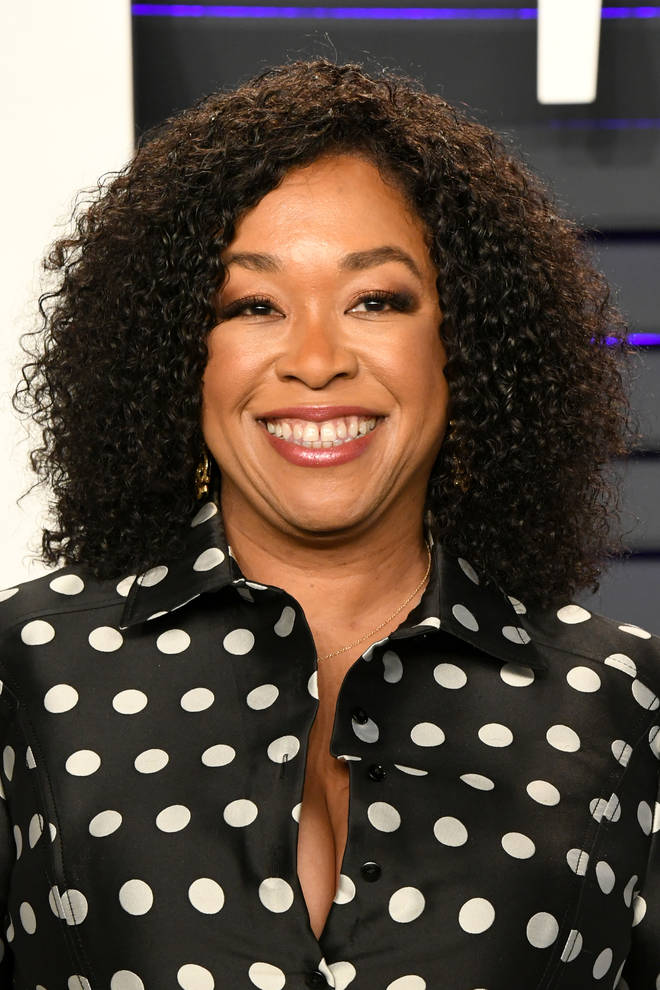 Shonda Rhimes is the mastermind behind a lot of your favourite films and TV shows.

Shonda Rhimes’ name has become synonymous with the films and TV series almost every household is watching. Not only was she the show runner for Grey’s Anatomy – which became TV’s longest-running primetime medical drama in history – but she also worked on The Princess Diaries, Scandal, Bridgerton and Inventing Anna to name a few.

Her Instagram account shares motivating quotes we all need to read every now and again amongst teasers for all her upcoming projects. 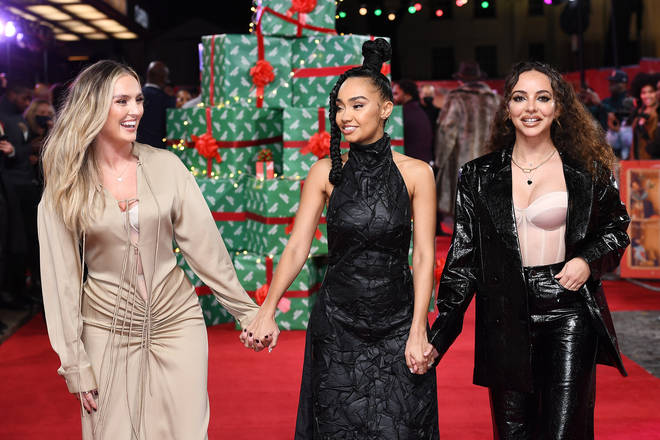 If there’s any group of women who know how to stick by each other through thick and thin, it’s Little Mix. As individuals, Leigh-Anne Pinnock, Jade Thirlwall and Perrie Edwards have become inspirational figures of their own, whether that’s Leigh-Anne’s documentary on racial inequality, or Jade championing LGBTQ+ rights, the trio are never silent on matters close to their hearts and they support each other through every move.

Ruben Randall - April 16, 2022 0
TV/Movies
One of the aspects of "Bloodsport" that made the film so compelling was that Frank Dux (Van Damm) wasn't supposed to be there. Not...