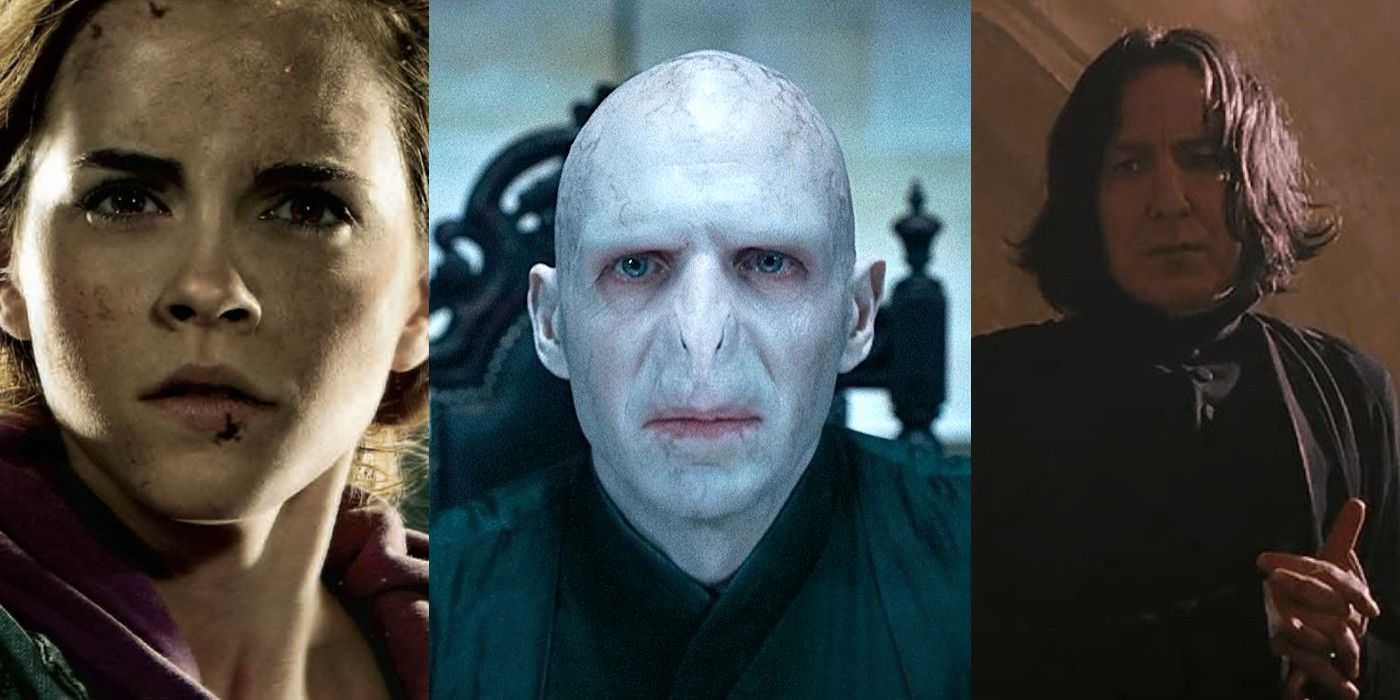 Since the release of Harry Potter and the Goblet of Fire, the wizarding world has expanded beyond the walls of Hogwarts by introducing other cultures, nationalities, and schools of magic. Although J.K. Rowling has confirmed at least 11 schools of magic, only eight schools have been described in detail so far. Besides Hogwarts, the three most well-known schools are Beauxbatons, Durmstrang, and Ilvermorny.

Each school has a unique history, curriculum, and teaching philosophy: Ilvermorny promotes tolerance and acceptance, Durmstrang is elitist and teaches the Dark Arts, and Beauxbatons values inner and outer beauty. Considering these characteristics, some Harry Potter characters might’ve been better off not attending Hogwarts.

10 Hermione Granger Would Have Been Safer At Ilvermorny

A North American school of magic modeled after Hogwarts, Ilvermorny was founded by a witch and her No-Maj husband. It incorporates Native American magic in its curriculum and is guarded by a proud clan of Pukwudgies rather than subservient house-elves. Because of this, Ilvermorny is widely known for being the most democratic school.

It’s a far cry from Hogwarts, whose co-founder kept a monster hidden in the school to murder Muggle-born wizards. As a Muggle-born with a passion for magic and equality, Hermione Granger would have been one of Ilvermorny’s best witches. She would have also been safer there.

9 Voldemort Would Have Done Well At Durmstrang

Of all the schools, Durmstrang has the most disturbing history. It incorporates the Dark Arts in its curriculum, forbids Muggle-borns from attending, and has been home to many Dark wizards, including Gellert Grindelwald.

Voldemort would’ve done better at Durmstrang than at Hogwarts. He would have had easy access to knowledge of the Dark Arts and to people who shared his ideals. He would have had teachers who encouraged ambition and turned a blind eye to atrocities. With so many opportunities at his disposal, Voldemort would have risen to power far sooner. It’s just as well he was forced to live under Dumbledore’s careful watch.

8 Vincent Crabbe Could Have Been Among The Best At Durmstrang

Voldemort is not the only one who would have blossomed at Durmstrang. Vincent Crabbe, one of Malfoy’s lackeys, would have enjoyed the school. While Malfoy had tortured and killed, Crabbe was far more evil. He was able to perform Dark magic with impressive talent and became a competent Dark wizard after only a year of learning.

Crabbe wasn’t the most intelligent wizard and would never have come close to the same heights as Grindelwald or Voldemort. However, he might’ve been one of the top students at Durmstrang if he attended.

7 Viktor Krum Was Too Nice For Durmstrang

Despite its reputation, not all Durmstrang students are bad. Victor Krum, a famous Quidditch player, turned out to be a humble and open-minded person who didn’t hold the beliefs of his headmaster or fellow students.

Viktor became enamored with Hermione, regardless of her Muggle background, and remained good friends with her after The Goblet of Fire. He openly despised Grindelwald and fought against Voldemort after his return to power. Viktor rarely spoke ill of anyone and kept a level head in uncomfortable situations. All in all, he would have been a good fit for a school like Hogwarts, and he might have preferred it too.

A beautiful building with gorgeous grounds, Beaxbatons prides itself on keeping order and showing respect for authority figures. It’s exactly the kind of environment that an orderly, uptight person like Percy Weasley would be proud of.

However, Beauxbatons also upholds the philosophy of inner and outer beauty, a philosophy represented by Fleur Delacour. Despite appearing shallow at first, Fleur is an intelligent and courageous woman who is loving and loyal to her friends and family. She treasures her little sister and is a devoted wife to Bill. Percy could stand to learn a thing or two from her.

Although Fleur is Beauxbatons’ representative, Cedric Diggory also embodied Beauxbatons’ philosophy. A skilled wizard and Quidditch player, he had more going on beneath the surface than he let on.

Cedric was an honest person with a strong sense of honor. When Harry helped him in the Triwizard Tournament, he helped Harry back. When Harry saved his life, he gave up the Triwizard Cup. Finally, when they were approached by Voldemort and Pettigrew, he stayed with Harry despite the danger. Like a true Beauxbatons student, Cedric was good-natured.

4 Rubeus Hagrid Would Have Loved Castelobruxo

A South American school that doesn’t appear in the books, Castelobruxo stands in the middle of the Amazon rainforest and boasts a wide variety of magical plants and creatures. Because of this, there’s a strong emphasis on Herbology and Magizoology in the curriculum.

For someone like Hagrid, Castelobruxo would have been paradise. With his passion for fantastic beasts and his talent for navigating the natural world, the school would have been a more welcoming establishment to him than the academically-driven Hogwarts. He may not have been expelled from Castelobruxo.

The polar opposite of Durmstrang, Koldovstoretz is a school of magic in Russia that takes all the students Durmstrang doesn’t. Its most defining characteristic is that, unlike in other schools, the students play Quidditch while flying trees instead of broomsticks.

RELATED: The 10 Most Powerful Transfiguration Spells In Harry Potter

With their daring spirits and love of innovation, Fred and George Weasley wouldn’t hesitate to try it for themselves. Given their success as Quidditch players, they would be pretty good at it. They would also find other uses for flying trees, most likely in their pranks.

Ugadou is an African school of magic in Uganda. It is the largest wizarding school in the world and the only one as old as Hogwarts. It is also the only school that teaches students how to use magic without wands. Although it teaches many subjects, Ugadou specializes in Transfiguration, with many students successfully becoming Animagi by graduation.

James Potter was notably skilled in Transfiguration. His wand had a good build for it, and he taught himself how to become an Animagi by the time he was fifteen. It’s not hard to imagine what he could do if he had been given specialized instruction.

1 Mahoutokoro’s Discipline Would Pose No Problem For Severus Snape

Mahoutokoro is a Japanese school that only takes Japanese students, making it the smallest school in Harry Potter lore. However, Severus Snape would have been one of its best students. Mahoutokoro is known for having an intense curriculum and high standard of academia.

The school’s high standards spilled into Quidditch, as players practice under grueling conditions. Although Snape never played Quidditch, his cleverness and personal standards for academic achievement would have allowed him to thrive at Mahoutokoro, and he wouldn’t have fallen in with the Death Eaters.

NEXT: 10 Strongest Students At Hogwarts, Ranked