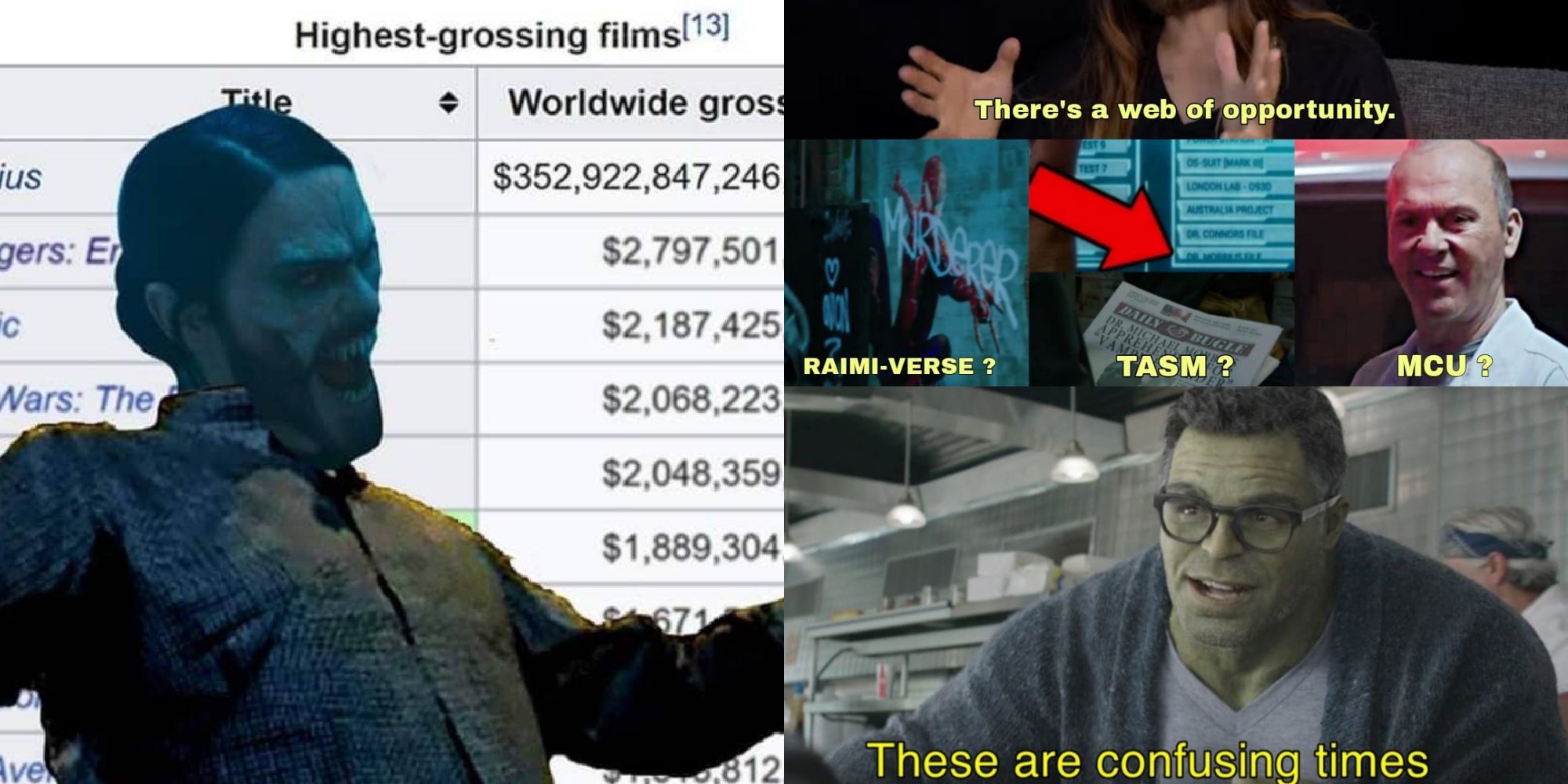 Marvel’s Morbius has had nonstop internet gossip surrounding it ever since the prescreening reviews came out and were decidedly negative in nature. Besides some hilarious TikTok reactions to the film, the internet has also had an influx of Morbius-themed memes.

On Twitter, Instagram, and just about anywhere else memes are made and shared, people who saw the film have posted their favorite jokey images about what is shaping up to be one of the most disliked Marvel films to hit theaters in quite a while.

This meme is especially harsh and undeniably funny–not to mention, it caters to both Star Wars and superhero movie fans. In Star Wars: The Phantom Menace Darth Maul ignites his lightsaber, and then slowly reveals that it is double-sided in one of the best action sequences of the franchise.

This meme uses that same scene but labels Maul as Jared Leto, with the first saber being “Worst DC Movie” in reference to the much-hated original Suicide Squad film. Then, he reveals that he’s also in the worst Marvel movie as well. It’s equal parts true and unfortunate.

In reaction to the fact that Morbius had a large week 1 to week 2 drop in box office numbers, this meme shows a car with a broken window and a caption that reads, “Be careful out there everyone. I had 2 Morbius tickets in my car and someone broke in and left 4 more.”

The classic misdirect is one of the most tried and true comedy delivery methods and it really works here. People think the joke is going to be that they didn’t take the tickets, but then they’re hit with the culprit leaving more instead and it is undeniably funny.

In a meme-ception, this meme uses a Marvel-esque movie to make a joke about two more Marvel-esque projects. Harry Osborn is labeled as Morbius, and he comes in to see fans, or MJ, with Peter Parker, Moon Knight.

RELATED: The 10 Best Vampire Movies Ever Made, According To Ranker

It’s true that fans have been supportive of Moon Knight, and harshly critical of Morbius. However, the plot and performances of Moon Knight have proven to be something that the Marvel fans can get behind–and the same can’t be said for Morbius.

Sweeping the internet is this meme, which features a vampired-out Dr. Morbius with his arms out in front of a list of the highest-grossing films in history. In a movement titled #MorbiusSweep, fans parodied that Morbius had topped the charts astronomically.

Marvel is involved with some of the highest-grossing film franchises, but not because of Morbius. The image from Know Your Meme was simply a widespread inside joke among fans.

The Guy She Said Not To Worry About

Morbius may have been competing with Moon Knight within the Marvel Cinematic Universe, but it was also competing with quite a few big hitters in theaters when it was released. Out around the same time was the much-preferred The Batman, which did infinitely better with fans.

The Batman was edgy in a way that was different and interesting for a character that fans know and love. Morbius, fans reported on Reddit wasn’t bad or good, but generally uninteresting to watch.

Watching It For Milo

Some fans, especially those who like Dr. Who, have been gritting their teeth and watching the film in theaters in order to support Matt Smith in his role, although there have been some hilarious reactions to his dancing onscreen.

See also  What to watch, read and listen to this weekend : NPR

RELATED: 10 Best Movie Characters That Went From Villain To Friend

As the meme says, many people went to see Morbius because of the negative reviews that preceded its release, but true fans of Matt Smith went to see Milo dancing and flexing his muscles.

Some fans left the theaters with more than just negative reviews–they were also confused about which Spiderverse this story was supposed to be taking place in. There were easter eggs for all three film franchises included in the movie.

With the Living Vampire speculated to possibly show up in multiple different projects featuring different Spider-Men, fans are scratching their heads, like this Quirky Byte Hulk meme, trying to figure out which universe Morbius is in.

Although this meme is cute, it also shares the thought process that a lot of the superhero movie fan base was having. There are many cool Marvel comic book characters that could be chosen for a Sony picture, but they decided to go with Dr. Morbius.

With many fans thinking that the character from the comics wasn’t particularly interesting, they were confused as to why Sony chose this particular Spider-Man character to base a film on when there are many, admittedly better, options that they could have gotten the rights for.

As previously mentioned, Morbius was up against several other blockbuster movies when it premiered in theaters. One of the films it was competing with for box office success was Sonic 2.

In this meme, which was yet another cross-over meme with Star Wars content, General Hux’s famous line about not belonging to any side but needing one side to lose resonated with moviegoers. They didn’t necessarily care if Sonic 2 did particularly well, they just didn’t want Morbius to.

See also  People Share Their Biggest and Most Life-Changing Regrets

POVs are very common meme formats, and Reddit, with its many Morbius memes, included it on the r/memes thread. Redditors continued to be absolutely merciless to the film, creating a “POV you went to see Morbius” with an empty theater.

Redditors simply won’t let up with the Morbius criticism, with Reddit users like Jetcoin77122 commenting, “More like morebust,” and oreo_cookie01 saying, “it was s**t, but worth it to see matt smith’s abs.”

NEXT: 8 Marvel Vampires Besides Morbius (& How They Could Show Up In Live-Action)