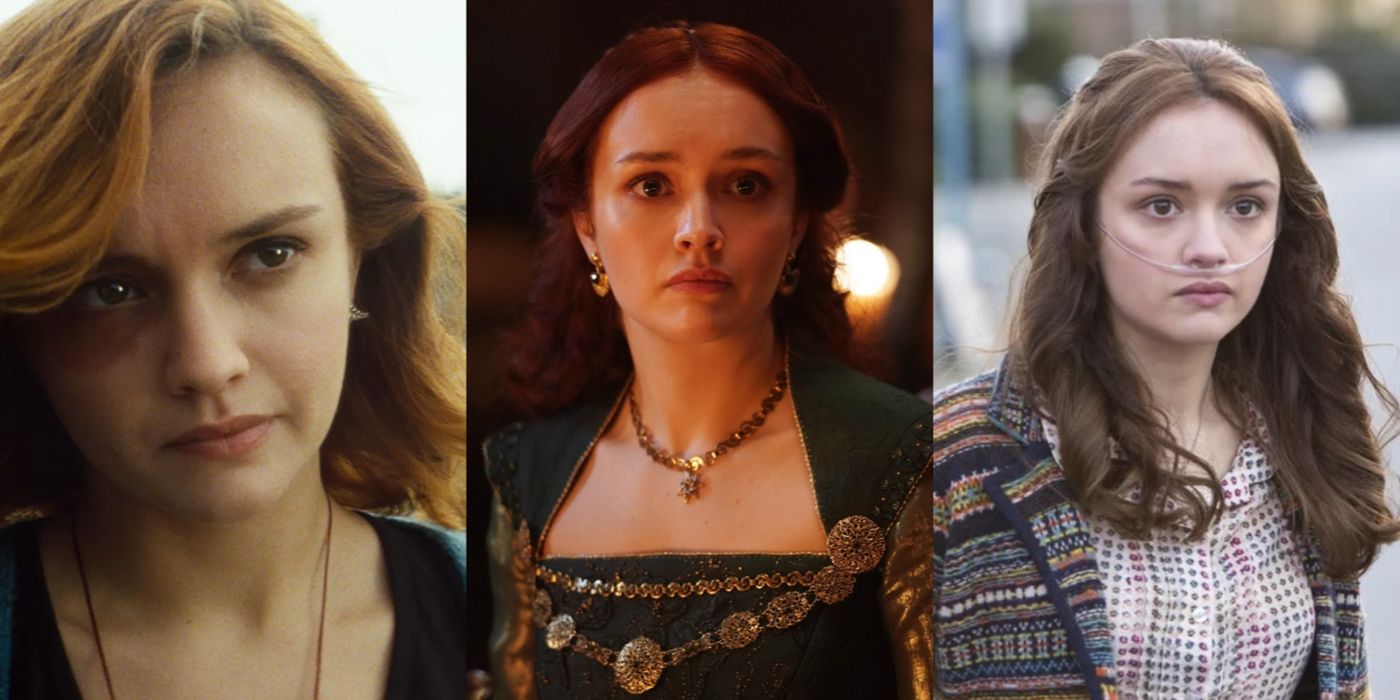 Olivia Cooke portrays the adult version of Queen Alicent Hightower on the Game of Thrones prequel series House of The Dragon. The daughter of Ser Otto Hightower and later wife of King Viserys, Alicent portrays a pivotal role in the final years of House Targaryen.

The actor has been in some major projects long before the show, most notably the series Bates Motel and the Steven Spielberg movie Ready Player One. Those who have only recently learned about the actor from House of The Dragon will likely be unaware of her impressive life and career.

Olivia Cooke Was Once In A One Direction Video

Many Hollywood actors begin their careers by starring in music videos, and this was the case for Olivia Cooke, who appeared alongside the world’s biggest boyband at the time early in their careers. In 2012, Cooke appeared in a One Direction video called “Autumn Term”, a music video made to promote their upcoming tour (via Teen Vogue).

The then-19 year old Olivia can be seen in the video in the park with fellow actors, all partying with the members of One Direction and riding bikes. At one part, Olivia can be seen at getting a piggyback from Harry Styles (which is a fun piece of trivia since the pair have both became movie stars).

Olivia Cooke has racked up some pretty impressive film and television credits, from Spielberg movies to psychological thrillers, and the new Game of Thrones spin-off. Having achieved this at a young age, it may be surprising to learn that Olivia Cooke does not come from a family in show business.

Cooke grew up in Oldham in Manchester, England, and came from pretty humble beginnings outside of the world of filmmaking. “My dad’s an ex-policeman and my mum is a sales representative and they haven’t got the acting bug,” Cooke revealed (via Interview). 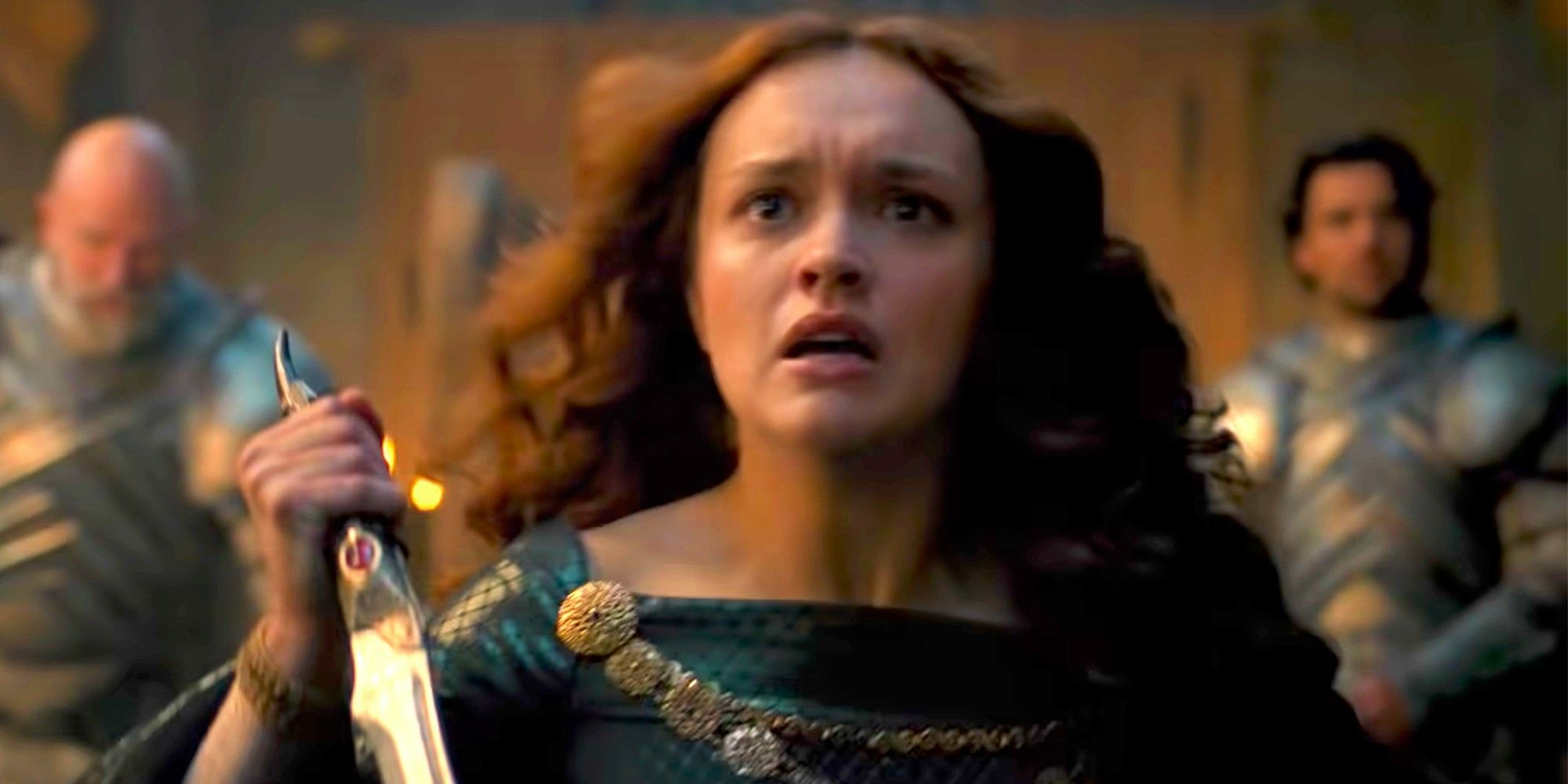 Prior to playing Queen Alicent in House of The Dragon, Olivia Cooke was not familiar with Game of Thrones. This is surprising enough, given that the series was a global smash hit, but even more of a shocking confession for an actor cast in a prequel to the original show.

Although she has now seen Game of Thrones, Olivia admitted she lied to producers about being a fan of the show, as well as being able to ride a horse. She watched the show after she was given the role of Alicent and happily admits she is now a superfan (via Jimmy Kimmel Live! on YouTube). 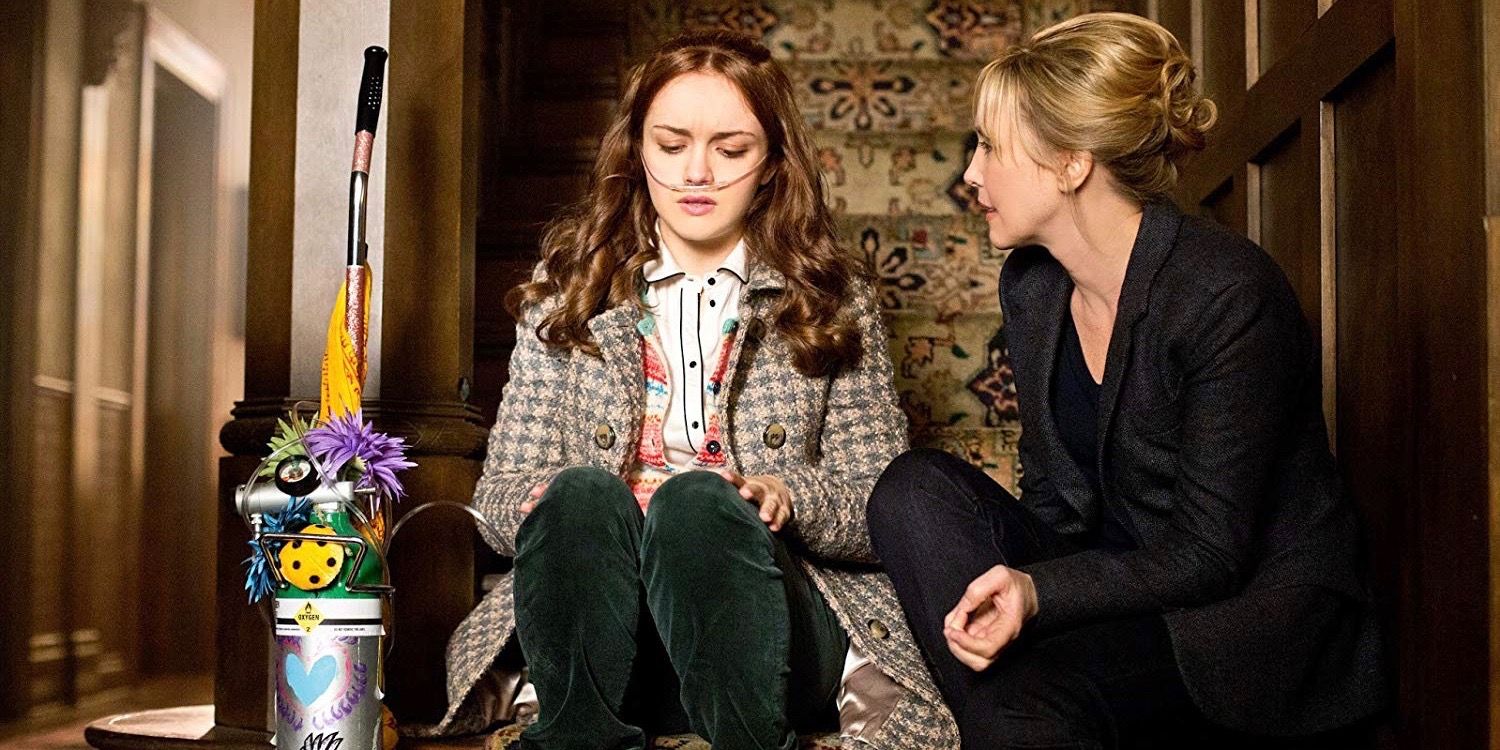 Although Olivia Cooke didn’t come from an acting background, she became interested in acting on her own, and first started acting as a small child. At the age of eight, Cooke joined Oldham Theatre Workshop, an amateur Theater troupe in Manchester.

RELATED: Every Non-Targaryen King & Pretender In House Of The Dragon, Ranked By Political Ability

While she is certainly a star now, Cooke didn’t get cast in any big roles as a child. “I thought, ‘This year, it’s my year. I’ll get the main part this year!’ But it wasn’t, every time”, Olivia revealed (via Interview). Cooke would get her first leading role as a teenager, as the character Emma Decody in the TV series Bates Motel. 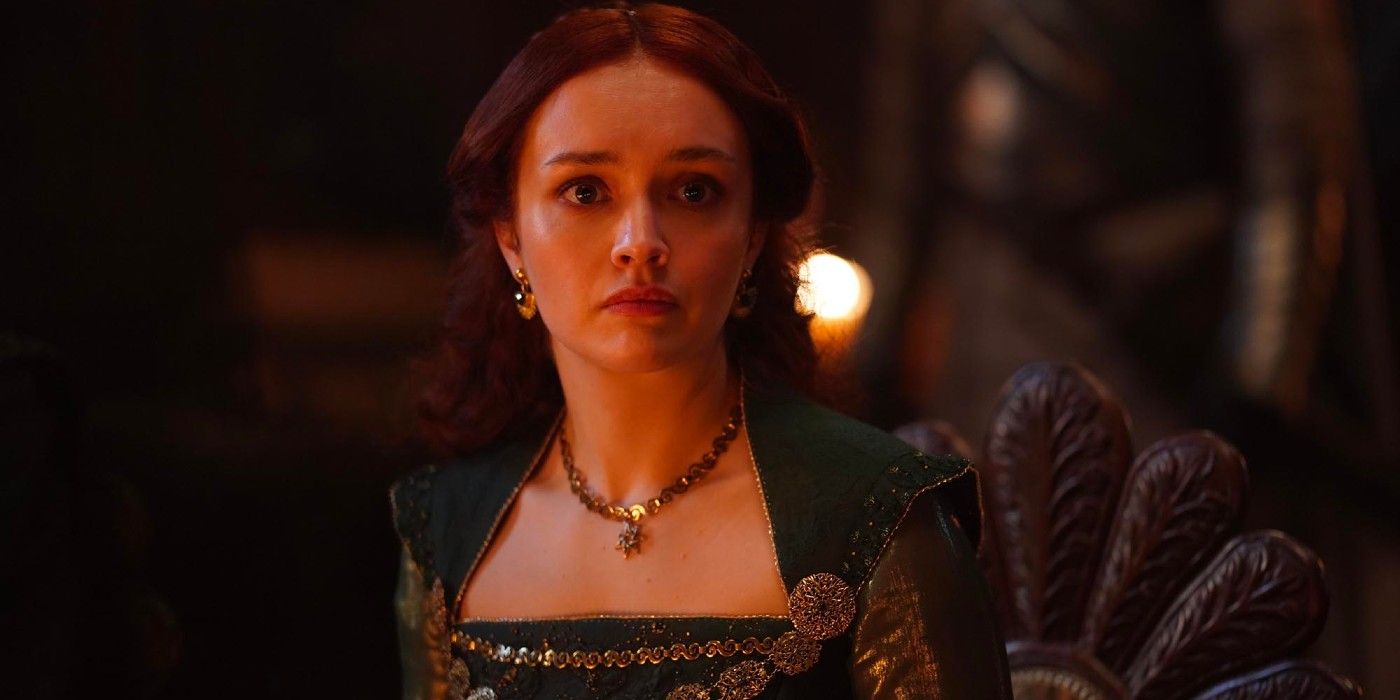 It’s hard to imagine that Olivia Cooke, an actor with such extraordinary talents as shown in House of The Dragon, was not formally trained at a drama school. Even more surprising, however, is the fact Cooke was rejected from drama school altogether.

RELATED: 10 Major Plot Points In House of The Dragon That The Time Jumps Skipped

Although she had performed in acting workshops since the age of eight, Cooke’s application to the famous Royal Academy of Dramatic Art (RADA) was turned down. Things quickly worked out for the better, as Olivia soon landed a main role in Bates Motel (via Elle), allowing her to kickstart her career and sharpen her acting skills on the job.

Olivia Cooke Once Shaved Her Head For A Role 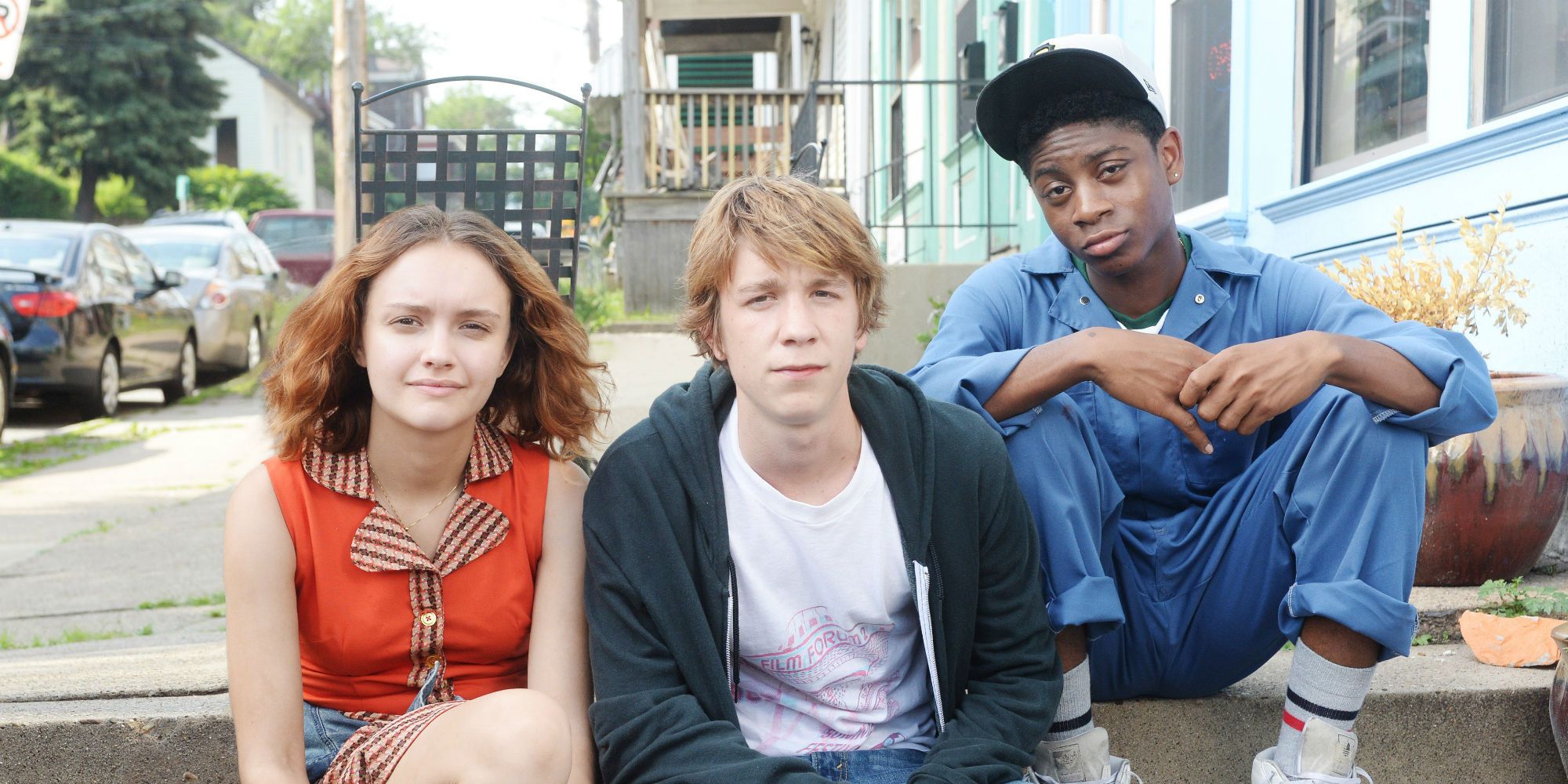 Many film fans will be familiar with Olivia Cooke prior to House of The Dragon, thanks to the indie gem Me and Earl and The Dying Girl. Cooke portrayed Rachel, a teenage girl with terminal leukemia, who forms an unlikely friendship with two awkward classmates.

During the emotional movie, the viewers see Cooke’s Rachel decide to shave her head after her hair began to fall out. According to an interview with The Argus, the director of the movie, Alfonso Gomez-Rejon said that Cooke “really led that charge and was like ‘This is the right thing for this character. How can I be true to this character and be true to other people who have leukemia.” 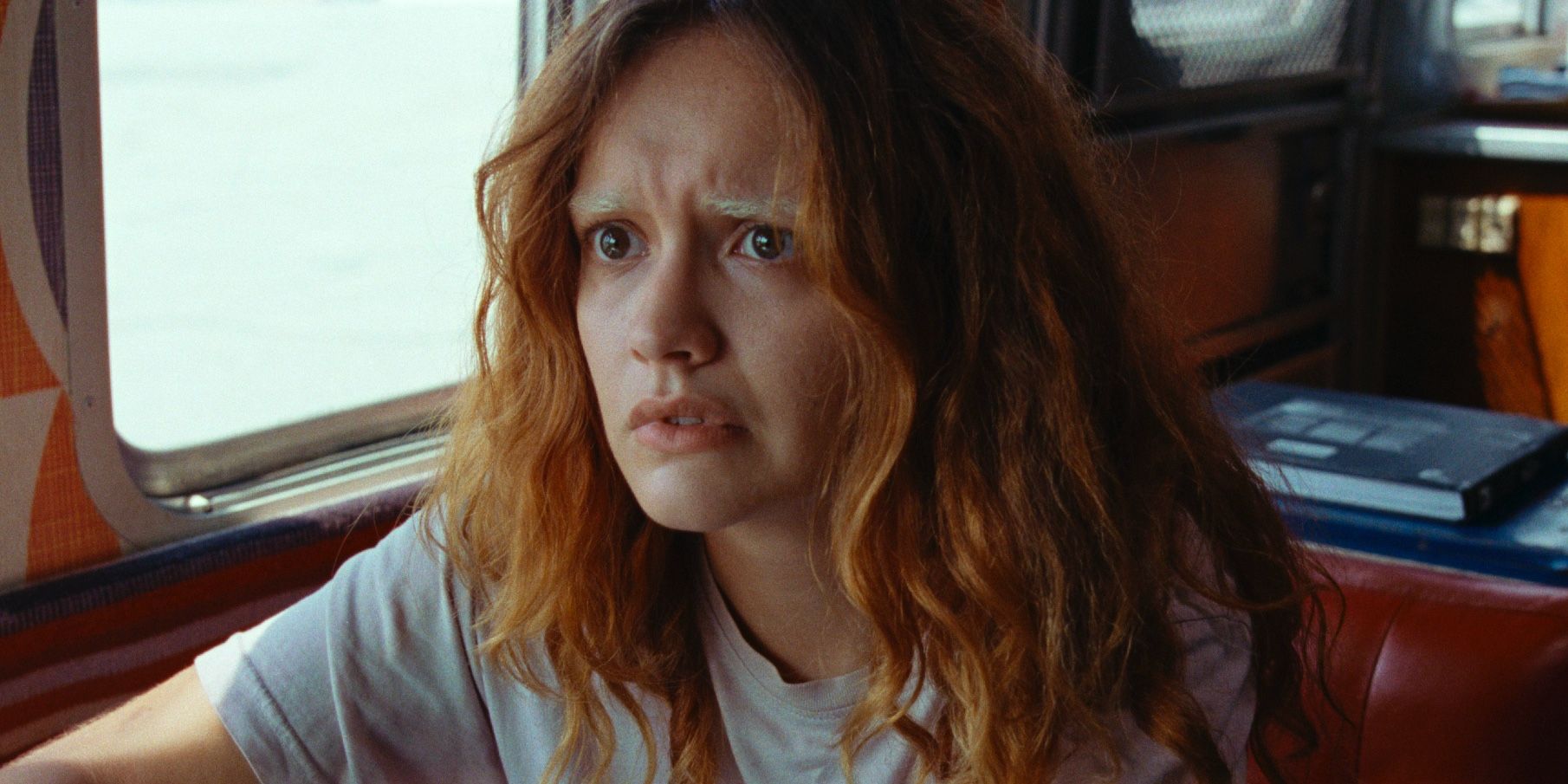 When Cooke starred in the Oscar-nominated film Sound of Metal, she came up with another idea to change her appearance for a role. In the film, Cooke plays Lou, a singer in a metal band supporting her boyfriend and drummer, Ruben, as he begins to lose his hearing. Cooke chose to bleach her eyebrows while playing Lou, as she “thought it would make me look kind of alien.”

“There’s something with Lou where she feels empowered when she’s on stage, but in her everyday life, she wants to hide away and vanish” Cooke added (via Collider). 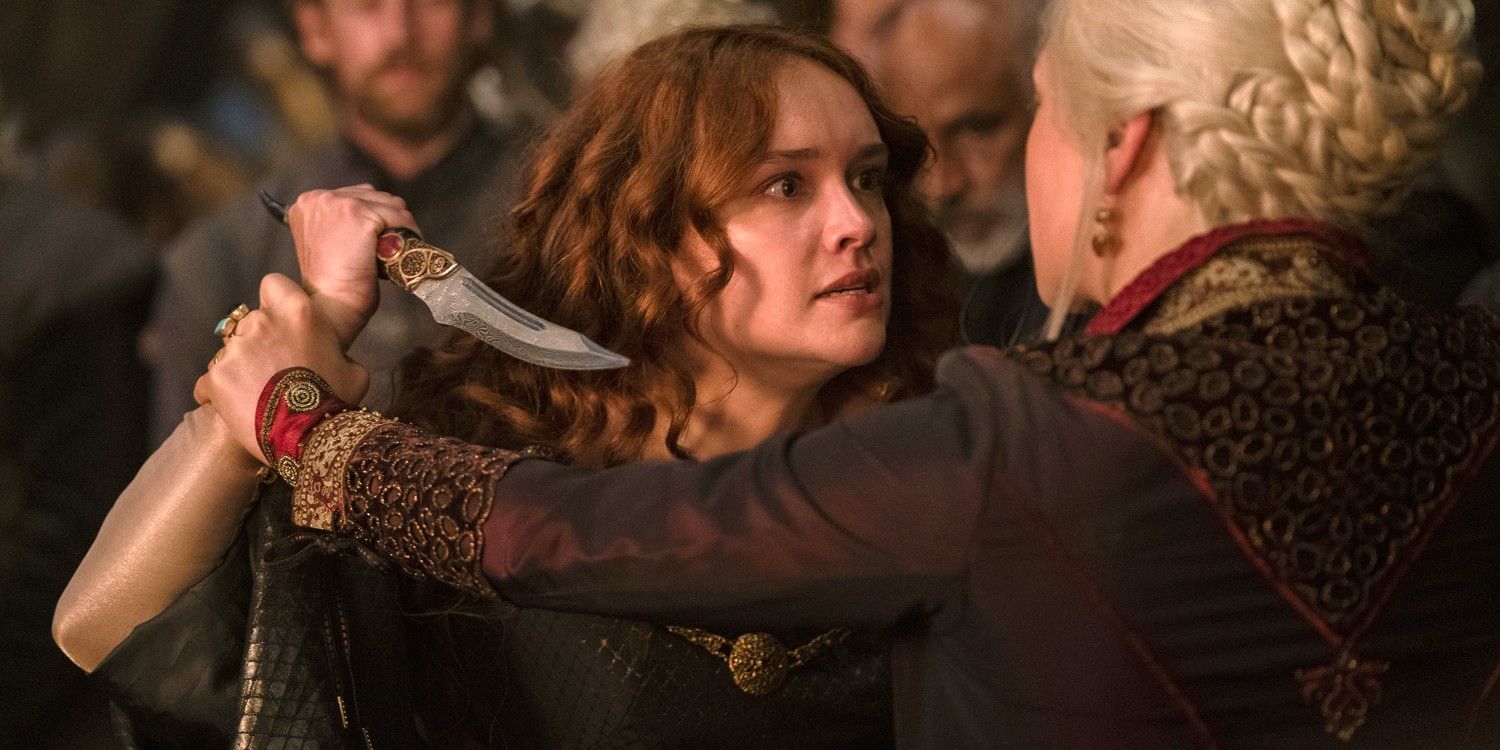 When Olivia Cooke first got the role of Alicent Hightower in House of The Dragon, she initially wondered if she had made a huge mistake. It took Cooke three months of auditioning to be offered the part, and knowing she was about to star in such a huge franchise, Olivia admitted she thought to herself “Is my life about to change in a really scary way? And: what have I done?” (via The Guardian).

Although highly anxious about the show, what helped solidify Olivia’s decision to take on the role was how well written House of The Dragon was. “When I was auditioning, I was definitely like: ‘I don’t know if this is what I want for my life.’ But then I got to see the first two scripts, and it was good”, Olivia explained (via The Guardian). 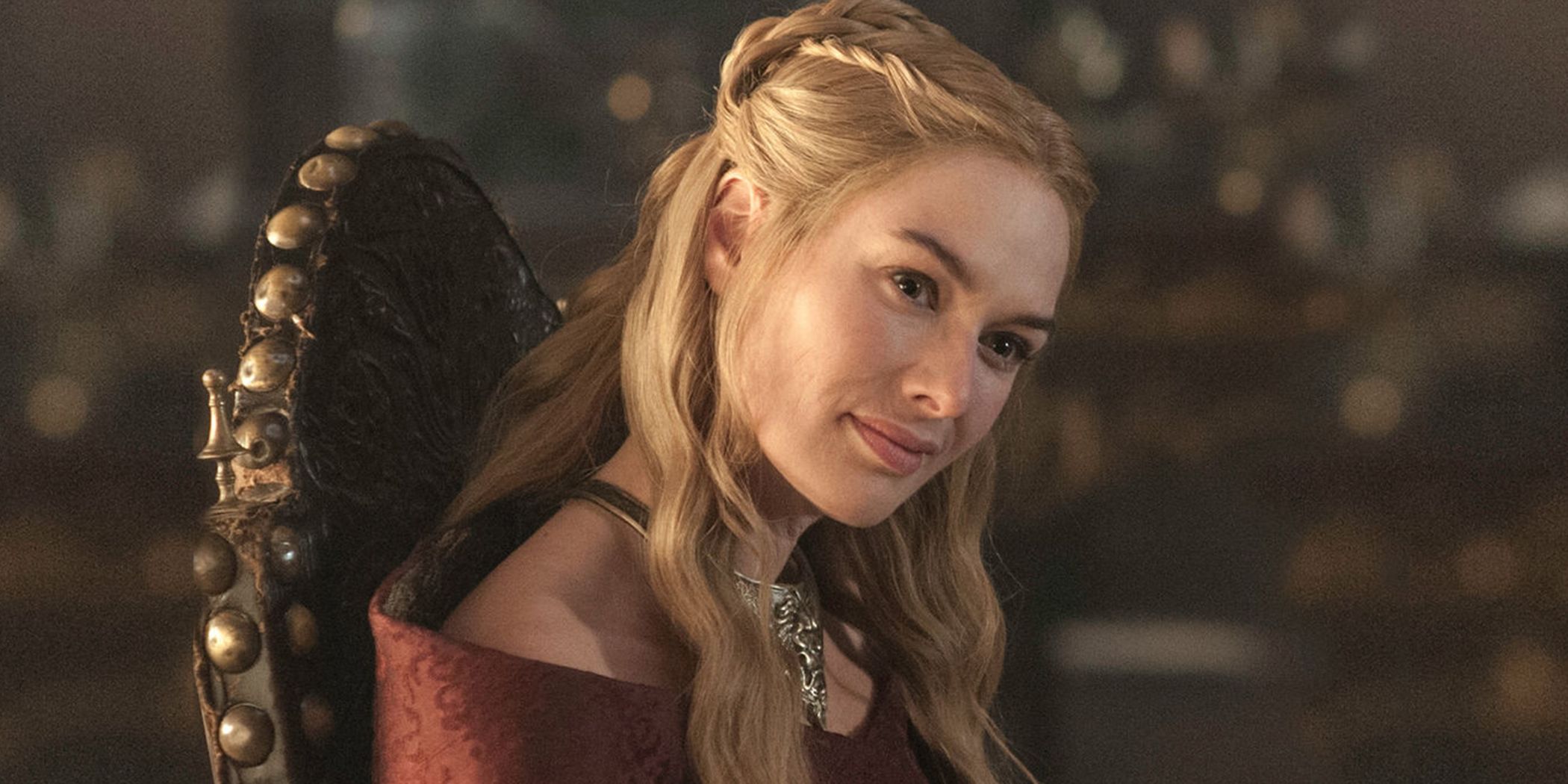 When Olivia Cooke auditioned for House of The Dragon, the scripts that she used for the audition belonged to the Game of Thrones character was Cersei Lannister, as the scripts for the prequel series was kept under wraps. Cooke admitted she was thankful for not having seen the show during the audition process, as she claims would’ve copied Lena Headey’s stellar performance as Cersei (via Entertainment Weekly on YouTube).

Now that she show has aired, many fans have compared Cooke’s character to Cersei. Cooke has welcomed this connection, stating that “I f—ing love that comparison because Cersei was my favorite character” Cooke says (via The Hollywood Reporter).

Many fans of House of The Dragon love to hate the character of Alicent. Similarly to Cersei, the Queen serves as an agent to continue the worst aspects of the power dynamic of the monarchy, and offers protection for the evildoings of her sons. To an extent, Olivia Cooke agrees with the viewers, stating that “She does some f—ing despicable stuff,” and that her character is “trying to uphold the patriarchy” (via Entertainment Weekly).

While Cooke admits there’s certainly some evil in Alicent, she has to understand why her character acts in that way, as a woman that supports this patriarchy. Alicent “turns to faith more as some sort of tangible element of control, because she doesn’t have any in her life whatsoever” Cooke theorized (via Entertainment Weekly).

Every Dragon From House of The Dragon Season 1, Explained

“So They Took Me Off”: Arnold Schwarzenegger’s Ex-Wife Maria Shriver Had to Sacrifice Her...

Rebecca Ferguson joins Liverpool Against Racism lineup – here are 12 reasons why you...

What’s Coming to Netflix in November 2022

Ruben Randall - August 17, 2022 0
Celebrity
Jersey Shore: Family Vacation brought together most of the original cast of Jersey Shore for new nights of partying, and, of course, plenty...