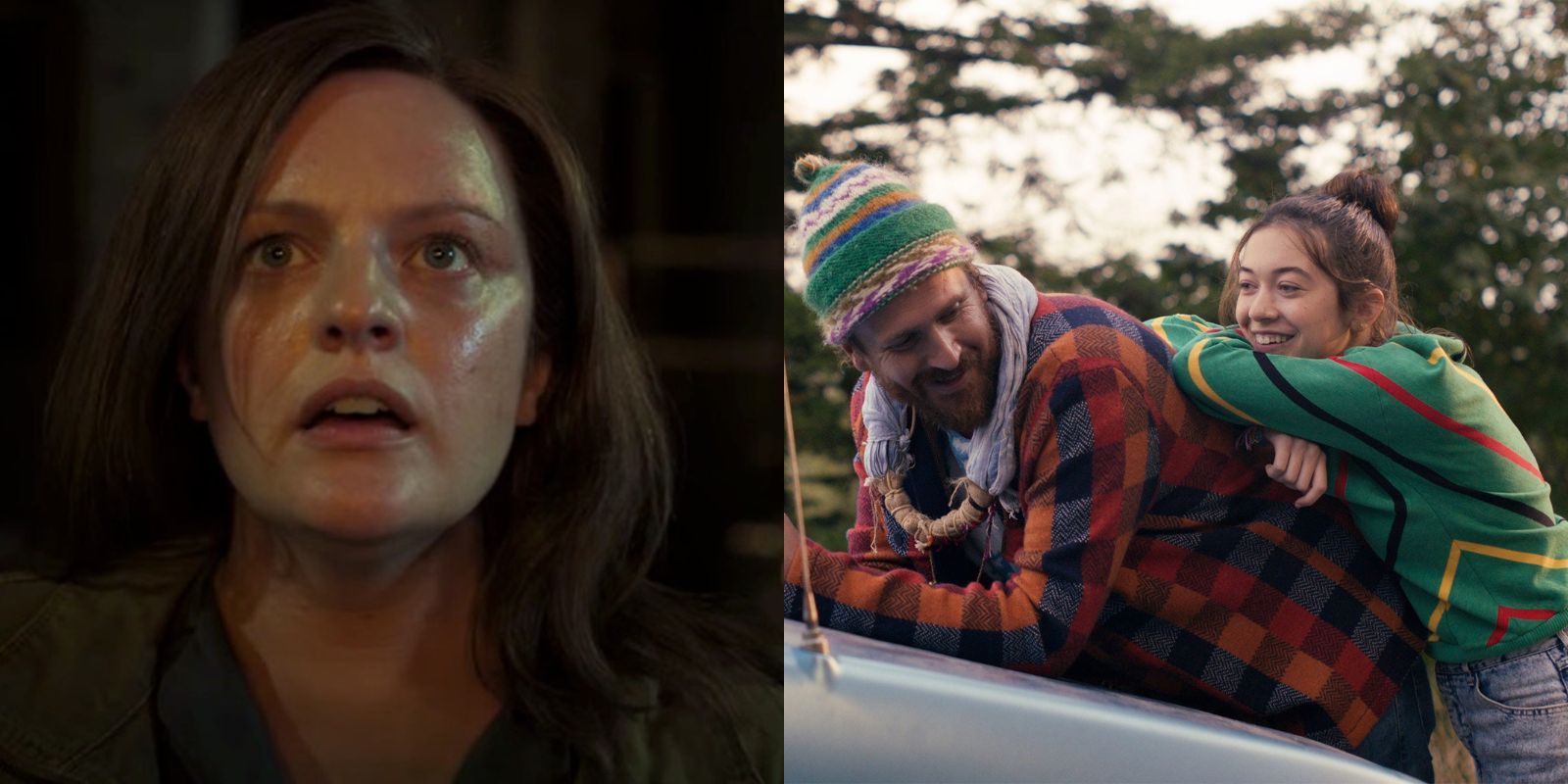 Actors like Samuel L Jackson, Leonardo DiCaprio, and Nicole Kidman have been hard at work over the last several years, and their masterpieces are finding their way to Apple TV+ in 2022. Fans anxiously await the latest and greatest in TV and film as they sit by and watch their favorite stars providing top-notch entertainment on their favorite streaming services.

RELATED: Every Apple TV+ Original Movie From 2021, Ranked By IMDb

This year, viewers can expect to experience storylines involving mental health, work-life balance, trilingual family dramas, espionage, and feminism explored in the most unique ways. Apple TV+ has started to rise in the streaming ranks with shows like Ted Lasso and Servant, but fans can expect to see the company outdo itself in 2022.

The Sky Is Everywhere was released on February 11, 2022, so fans have already found their way into its romantic grasp. The coming of age tale follows a young 17-year-old girl as she navigates love following the death of her older sister. With its colorful setting in the backdrop of the redwoods in Northern California, the tale will put viewers in a trance with its innocence and serenity.

The film, based on a book by the same name, attempts to embody the significance of learning to love, even after a loss. The visual craftsmanship is beautiful and the story is heartwarming. Critics are also finding it enjoyable so far, and as a much-anticipated film for Apple TV+, it does not disappoint.

With its first episode released on February 18th, 2022, Severance is already being hailed as one of the most unique examples of storytelling in 2022. Fans can expect to see some familiar faces in this series directed by Ben Stiller, such as Adam Scott from Parks and Rec.

But this time he isn’t working in a branch of local government. Instead, he is one of a few people in a branch of a company who received a medical procedure to surgically separate work memories from personal life memories. The first episode explains this surreal procedure and follows Scott’s character as he navigates this interesting terrain. This is a must-watch series in 2022, and one that fans wish wasn’t released episode by episode.

Samuel L Jackson rarely disappoints, and based on the previews and initial reviews, he is expected to produce amazing work as Ptolemy Grey in The Last Days of Ptolemy Grey. The limited series, based on a book by the same name, explores the end of life through the narrative of a 91-year-old man suffering from dementia.

He is all but forgotten, when he decides to seek out treatment to restore his memories, in doing so, he unlocks many secrets from his past then embarks on a quest to unravel those secrets. The show is set to air on March 11, 2022, and many have a watchful eye on Jackson, hoping this is yet another masterpiece.

WeCrashed is a drama miniseries set to be released on March 18, 2022. It follows the story of the rise and fall of WeWork and gets its narrative inspiration from the story told by Wondery in the podcast of the same name. The series stars Jared Leto as the CEO and founder of WeWork. Having just seen him in House of Gucci and in anticipation of Sony Pictures’ Morbius also coming in 2022, fans are excited to see what Leto will bring to this series in a very different genre.

There are some romantic elements to the series as well, and it promises to keep viewers on their toes as it tells the story of how this multi-billion dollar global brand falls so hard in just one year.

Pachinko is going to make its mark on U.S. TV and seeks to tell the stories of those whose stories are often forgotten from history. The book by the same name was written by Min Jin Lee and tells the tale of four generations of Korean immigrant families as they navigate their lives during and after the war. The eight-part series is set to premiere on March 25th, 2022, and will span Japan, Korea, and America in the United States’ first major trilingual series.

The cast includes Oscar-winner, Youn Yuh-Jung, Lee Min-ho, Jin Ha, and other prominent Asian talent. This series is set to be groundbreaking and is certainly one to keep an eye on as the episodes appear on Apple TV+.

Martin Scorcese’s Killers of the Flower Moon is one of the most anticipated films of 2022. Leonardo DiCaprio and Robert De Niro are set to work alongside Scorcese in this American Western murder drama based on a book by the same name.

The story follows an FBI investigation in the 1920’s murders of the members of the Osage tribe in the U.S. The show is currently in post-production and does not have a release date yet, but fans are at the edge of their seats with anticipation for another Scorcese masterpiece.

There isn’t much out there about Spirited, but this Christmas-themed musical is star-filled and isn’t lacking in song and dance, and fans are ready for it. The film is written and directed by Sean Anders and John Morris and is set to be released as an Apple TV+ original film in 2022. It may be safe to assume it will release closer to Christmas.

The musical is a re-telling of the classic Charles Dickens’ A Christmas Carol. The all-star cast, so far includes Ryan Reynolds, Will Farrell, and Octavia Spencer. Fans most recently saw Reynolds as a duo with The Rock in Red Notice, so it will be interesting to see him in such a different role as the lead in Spirited.

Slow Horses is an espionage TV show based on a book series by the same name. It is set to release on April 1, 2022, and will star Oscar-winner, Gary Oldman. Viewers expect another outstanding performance by Oldman, and the series is highly anticipated. The show follows British Intelligence agents who have been sent to a dumping ground department called the Slough House, due to past mistakes.

Viewers can expect to see other decorated actors, such as Olivia Cooke, Kristin Scott Thomas, and Jonathan Pryce. It may seem that this band of misfit agents is doomed to paper push the rest of their careers, but this tale takes an interesting turn and will be sure to keep viewers on their toes.

Roar will debut globally on April 15, 2022, one of the more unique and definitely special series coming to Apple TV+ in 2022. Nicole Kidman produces and stars in this tale of femininity. The mostly female cast is star-studded and full of dark humor, futuristic scenes, and familiar day-to-day scenarios that women find themselves in.

The story is a beautiful narrative of what it means to be a woman, and behind it are two female creators and female executive producers. The series is based on a book of short stories written by Cecilia Ahern. The TV series consists of eight different stories and will have viewers certainly questioning themselves and learning something about how women find resiliency.

The first thriller on this list, Shining Girls features Emmy Award winner, Elisabeth Moss, and premieres on Apple TV+ on April 29, 2022. The eight-episode series is based on a best-selling novel by the same name and follows Moss acting as a Chicago newspaper archivist who was the victim of an assault. She partners up with another journalist when she hears of a murder that resembles her assault.

They seek to connect the cases while trying to uncover the identity of her assailant. This series attempts to highlight the aftermath of assault through the shroud of a psychological thriller. The teaser was well-received and consists of Moss describing her inability to discern what is real and what is not.


Savanna Shackleford is a list writer for Screen Rant. She began her career in the film/video industry when she graduated from University with a degree in Film Studies and Journalism in 2019. She currently works freelance in marketing and copyrighting, but has a deep love for the movies. Her favorite directors are Steven Spielberg and Hayao Miyazaki. She has a deep interest in writing about film theory, the MCU universe, and the latest animated features. She currently lives in Philadelphia and you can often find her working as a PA or as a Production Designer on local films.

‘Weird: The Al Yankovic Story’: You have to see Daniel Radcliffe as Yankovic