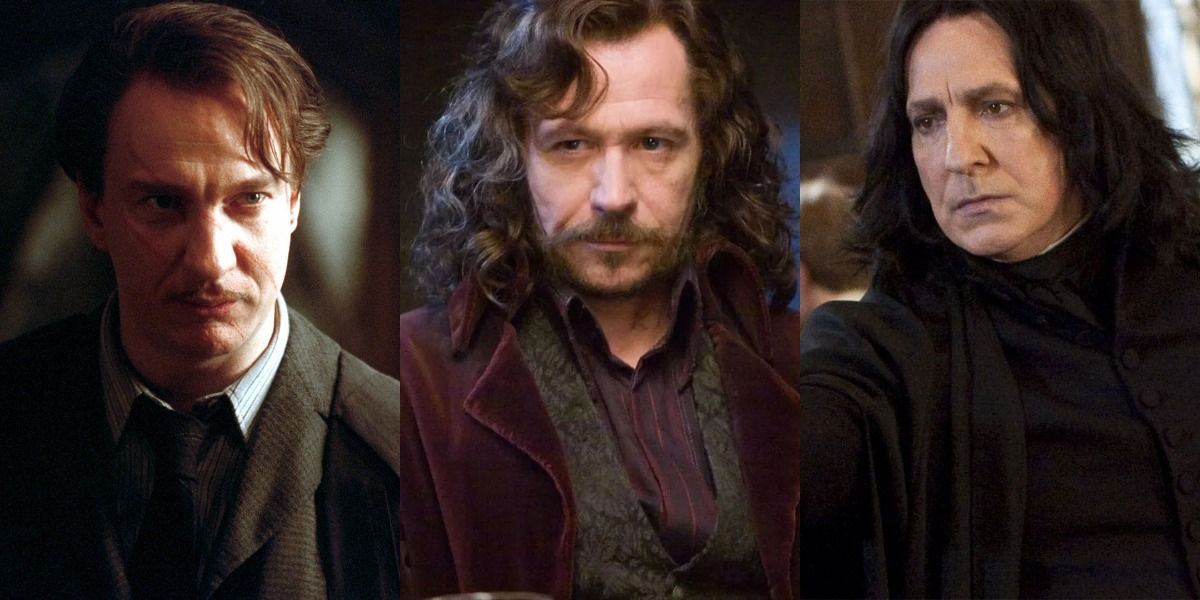 On July 31, 2022, Harry Potter managed to make it to his 42nd birthday in the wizarding world, which was an event that Potterheads celebrated around the world. Sadly, not everyone in Harry Potter made it to the next stages of their lives because they ended up as heroes in the fight against Voldemort and his evil.

Countless lives were lost over the years in the series, and fan hated the loss of some specific characters who were close to their hearts. Beloved brothers, mentors, professors, and friends died at the hands of the Dark Lord and his Death Eaters, and bringing them back would satisfy many Potter fans.

At the height of his power the second time, Voldemort decided to hunt down the Muggle Studies professor at Hogwarts and make an example of her in front of Death Eaters. He was mercilessly tortured Charity for being in favor of Muggles as opposed to powerful wizards and horrifically, fed her to Nagini.

This death was extremely tragic because Charity got punished for just having free thought and will. She was on the right side of history, and she did not deserve to go the way she did.

Dumbledore was flawed and nuanced as a character, but he was immensely loved by the fan base. He was Harry’s guiding light since he was a preteen, and the closest he had to family for a very long time. Without his support, Harry felt like he was lost and directionless.

Dumbledore’s warmth was missed severely, which is why many wish that his death would be reversed. Granted, he was dying anyway, but the trauma of watching Snape curse him was a memory that probably scarred Harry forever.

Young Cedric was a loss that was hard to get past, especially since he was one of the earliest deaths in the series, when Voldemort was rising and coming back to power. There was so much fans didn’t know about Cedric Diggory, and they would have liked to see him live out his potential as he grew older.

He barely had time to register what was going on before he was dealt the Killing Curse in the graveyard. He was hoodwinked, just like Harry, but wasn’t fortunate enough to make it out alive.

The heroic Remus Lupin was one of the few professors whom everybody loved, and his death with Tonks was a heartbreaking outcome of the Battle of Hogwarts which could have been avoided. Lupin had lived a tough life since his wolf attack as a child, and the moment he found some happiness, he was killed off.

Even more tragically, both Tonks and Lupin had a child, and Teddy Lupin could have had a father at the very least if Remus wasn’t written off. Fans wished that the kind-hearted Marauder had made it through the war.

One half of the iconic Weasley twins, not only was Fred’s death untimely but also completely unexpected. He was just making up with the estranged Percy when he was thrown back by an explosion. Nobody expected this to be the end of Fred Weasley, but Rowling blindsided everybody.

Fred’s death broke his brother George, who would always feel like a part of him was missing, and the entire Weasley family was torn. He was a brilliant wizard who deserved to have a life beyond the Battle of Hogwarts.

House elves were, by nature of wizarding society, oppressed and downtrodden. Dobby was a beacon of hope for his kind and a good, albeit a bit annoying, friend to Harry and the gang. He was loyal to his last breath, and fans feel that he could and should have survived their escape from Malfoy Manor.

It would have been touching if Dobby had seen a post-Voldemort world where there was hope for him and other elves. He also would have loved to see Harry triumph over the dark wizard.

Even though Colin was a minor character who got little attention on the page or screen, he was a sweet boy who looked up to Harry. He was an excited little one, and probably part of the youngest victims of Voldemort’s war.

It was sad to see his flame extinguished as early as it did, and Colin’s innocence was a refreshing change in the darkness of Voldemort’s reign. Nobody likes to see a child die, and many fans fervently wished for Colin Creevey’s death to be undone.

The most complex and heartbreaking arc in Harry Potter belonged to Severus Snape, who risked his life every day to serve his love for Lily and to protect her son. His bad experience with James did make him hate Harry, but the fact remains that he sacrificed everything to help him win against Voldemort.

It was clear that Snape went in knowing that his chances of making it out alive were slim to none, but it might have been a pleasant surprise to him and readers alike if he survived the espionage and got to see the fruits of his efforts.

The death that hit fans, and Harry, the hardest was that of Sirius Black. After having no loving family for the better part of his life, when Sirius surfaced to be his Godfather, Harry saw a future with him where they could live together and be a normal family.

Their bond was a truly special one, and everyone was invested in seeing them cohabitate and for Harry to have the paternal figure he so needed. Sadly, Bellatrix Lestrange made sure that didn’t happen.

Harry’s faithful pet was his first true companion in the wizarding world, and she had seen him through the worst times, especially with the Dursleys where nobody else could see his plight.

She may not have spoken to Harry, but her presence was always soothing to him. He loved his owl dearly, and the way she was lost, so suddenly and mid-flight, was a big shock to him. Fans wish she had been around after the war to be with Harry and saw his loving subsequent family with Ginny.

NEXT: Every Harry Potter Spell Used In The Movies And Books

Ruben Randall - May 17, 2022 0
Actress
Reviews and recommendations are unbiased and products are independently selected. Postmedia may earn an affiliate commission from purchases made through links on this...