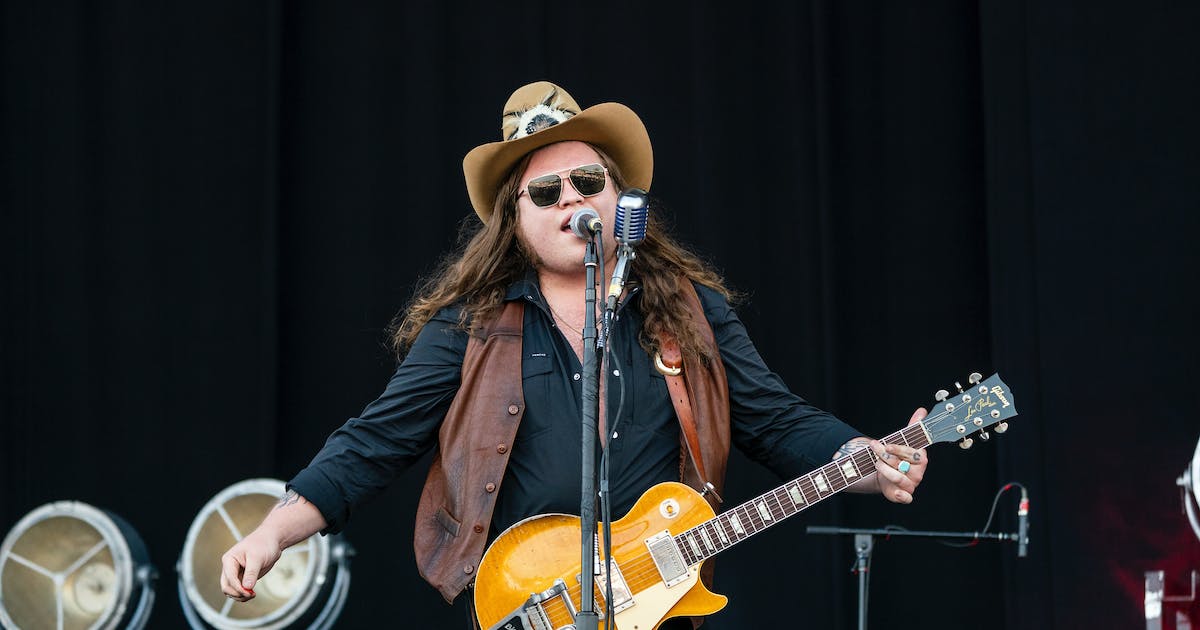 1. Minnesota Orchestra and Wynton Marsalis: To launch its 120th season, the orchestra has invited the Jazz at Lincoln Center Orchestra to join them for a fascinating fusion of jazz and classical. William Eddins will conduct and the JLCO’s leader, Marsalis, will be on trumpet for a performance of his 2010 work, “Swing Symphony.” It will follow a concert-opening performance of Leonard Bernstein’s Symphonic Dances from “West Side Story.” (8 p.m. , also Sat. Orchestra Hall, 1111 Nicollet Mall, Mpls., $47-$135, minnesotaorchestra.org.)

2. Death Cab for Cutie: Not many rock bands nearly 25 years into their run churn out albums as solid and fresh-sounding as DCFC just did with “Asphalt Meadows,” issued to raves two weeks ago riding a buzz generated by the literally cinematic single “Here to Forever.” Frontman Ben Gibbard has updated his youthfully poetic lyrics to middle age as impressively as his Seattle-reared band updated its live shows following a 2016 change to a strong new lineup. San Francisco experimental rocker Thao of Thao & the Get Down Stay Down makes a worthy replacement for Low in the opening slot. (6:30 p.m. Surly Brewing Festival Field, 520 Malcolm Av. S., Mpls., $40, axs.com)

3. Lambchop: After collaborating with such eccentric outliers as Vic Chesnutt, Yo La Tengo and Morcheeba over an incomparable three decade career in music, experimental Southern music mainstay Kurt Wagner has turned to a crew of Twin Cities innovators for his latest project as Lambchop. Ryan Olson (Polica), Andrew Broder (Cloak Ox), pianist Bryan Nichols and some of their other Eaux Claires-generated cohorts such as C.J. Camerieri (Bon Iver) helped him produce last year’s album “Showtunes” as well as a new one, “The Bible,” songs from which he plans to premiere here via a co-commission by the Walker and Liquid Music. (8 p.m., also Sat., McGuire Theater, Walker Art Center, 725 Vineland Place, Mpls., $25-$31.50, walkerart.org)

4. Landon Conrath: After landing on some Spotify playlists and selling out 7th St. Entry, this 22-year-old Minneapolis bedroom-pop drummer-turned-strummer is issuing a new eight-song mini-LP for Nettwerk, the Canadian label that helped hype Coldplay’s debut and Barenaked Ladies. The glum title, “Nothing Matters Anyway,” belies upbeat, melodic and hopeful techno-folk and synth-pop tunes that fall somewhere between Ed Sheeran and Hippo Campus, whose frontman Jake Luppen co-produced some of the tracks and will perform at the release party with his solo project Lupin. Why Not also performs. (8:30 p.m. Fine Line, $17-$35, axs.com).

5. Bokyung Byun: This young Korean is quickly becoming one of the world’s most celebrated classical guitarists. After becoming the first woman to win the JoAnn Falletta International Guitar Concerto Competition, she last year added to the grand prize in the Guitar Foundation of America’s International Concert Artist Competition. She’s known for mixing repertoire between works old and new, something she’ll do when she opens the Minnesota Guitar Society’s season. (7:30 p.m. Sundin Music Hall, 1531 Hewitt Ave., St. Paul, $10-$25, mnguitar.org.)

6. Nachito Herrera: The Cuban-American piano powerhouse, who has been a fixture in local jazz clubs, steps up once again to a concert hall, with his Havana Jazz All-Stars. A child classical protege in Cuba, Herrera worked his way to musical director at the Tropicana nightclub in Havana and then lead pianist/music director of the jazz ensemble Cubanismo, with whom he toured the world. Since moving to Minnesota in 2001, he has become a treasure in the music community, playing a mix of classical and Latin jazz. For his third appearance at the Ordway, Herrera will be introduced by his fellow Cuban-American Tony Oliva, the Twins legend who was just inducted into the National Baseball Hall of Fame. (7:30 p.m. Ordway Concert Hall, 345 Washington St., St. Paul, $37 and up, ordway.org)

Also: Timed to the unveiling of their star on the building, Americana rocker Jason Isbell returns to First Avenue for a short-notice gig that sold out right away (8 p.m., sold out); Big Head Todd & the Monsters, longtime local favorites from Colorado, headline Eagan’s SeptemberFest, with Dazy Head Mazy and World According to Garth (5 p.m. Faithful Shepherd School, Eagan, $35 and up); after a four-year hiatus, Gaslight Anthem, those incendiary New Jersey rockers, are back, with the promise of their first album since 2014 (8 p.m. the Fillmore, $39.50 and up); after playing everywhere in town from Soundset 2017 to Billie Eilish’s Armory gig in 2018, Denzel Curry makes a deserved move up in headlining slots behind his acclaimed new album “Melt My Eyez See Your Future” (7 p.m. Palace Theatre, $35-$55); between filming his new cooking show and other TV and film roles, “Rollout (Big Business)” and “Move B**ch” hitmaker Ludacris still gets out on the road to remind he’s a pretty great rapper, too (8 p.m. Mystic Lake Casino Showroom, $49 & up); irrepressible 94-year-old cabaret queen Marilyn Maye kicks it again (5 & 8 p.m., also 4 & 7 p.m. Sun. Crooners, $55 and up); Billy Prine, the younger, taller brother of legendary tunesmith John Prine, explores the late, great one’s catalog (7 p.m. the Dakota, $35-$45).

See also  Bodybuilding Beast Lou Ferrigno Who Had a 22.5 Inch Bicep, Accidentally Hurt His Interviewer on Live Show In 2017

7. Marcus King: With a pre-pandemic schedule of 200 shows a year and albums produced by Warren Haynes and Dan Auerbach (including this year’s strikingly taut “Young Blood”), this baby-faced bluesman has built a sizable following and burgeoning reputation. The singer-guitarist doesn’t break new ground, but his energetic, gritty approach does justice to the blues-rock trail paved by early ZZ Top, Paul Rodgers and Gov’t Mule. With Neal Francis, Ashland Craft and Dean Delray on the Young Blood Tour. (7 p.m. Palace Theatre, St. Paul, 17 W. 7th Pl., $37.50 and up, axs.com.)

8. Dinosaur Jr.: Originally First Ave’s very first post-lockdown concert announced when this show was first booked in March 2021 — only to be postponed by another damn COVID wave — J. Mascis and his influential Boston fuzz-rock trio’s long-awaited arrival is nonetheless a cause for celebration. The band’s classic “Bug”-era lineup, with Sebadoh’s Lou Barlow on bass and Murph on drums, has been rolling strong since reuniting in 2007. Last year, they made one of their most richly melodic albums yet, “Sweep It Into Space.” Chicago psyche-rock vet Ryley Walker opens. (8 p.m. First Avenue, 701 1st Av. N., Mpls., $30, axs.com)

9. Giveon: A Giveon concert is date night, as the baritone R&B balladeer from Long Beach creates a romantic vibe with his conversational songs. His Grammy-nominated material covers a spectrum of emotions — love, loneliness, insecurity, loss, pain and hope. Expect his hits “Heartbreak Anniversary” and “Like I Want You” plus his Drake collab, “Chicago Freestyle,” and his Justin Bieber smash, “Peaches,” as well as a healthy serving of his debut full-length, “Give or Take,” which was released this summer. With Jenevieve and Rimon. (8 p.m. Fillmore Minneapolis, 525 N. 5th St., Mpls., $72.50 and up, ticketmaster.com)

10. Billy Cobham: After making his mark playing with Miles Davis and then Mahavishnu Orchestra, Cobham has become one of the most acclaimed and in-demand drummers in not only jazz but in other genres. He’s played with James Brown, Carly Simon, Bob Weir, Peter Gabriel and Roberta Flack & Donny Hathaway, to name a few, along with so many jazz stars such as Ron Carter, Sonny Rollins and Larry Coryell. Cobham also has recorded more than 35 albums under his own name, the most recent 2020’s “Tierra Del Fuego.” At 78, he remains a percussive powerhouse and master, working with his Crosswinds project, featuring keyboardist Scott Tibbs, bassist Tim Landers and guitarist Mark Whitfield. (7 & 9 p.m. the Dakota, 1010 Nicollet Mall, Mpls. $30-$45, dakotacooks.com)

Rob Hubbard contributed to this column.

Paul Mescal recalls having to kiss Dakota Johnson in his first ever movie scene:...

Guy Fieri picks this NJ restaurant as an all-time favorite

Ruben Randall - August 28, 2022 0
Actor
NBA legend Shaquille O’Neal is one of the most fierce centers the league has ever seen. He is also a huge wrestling fan...