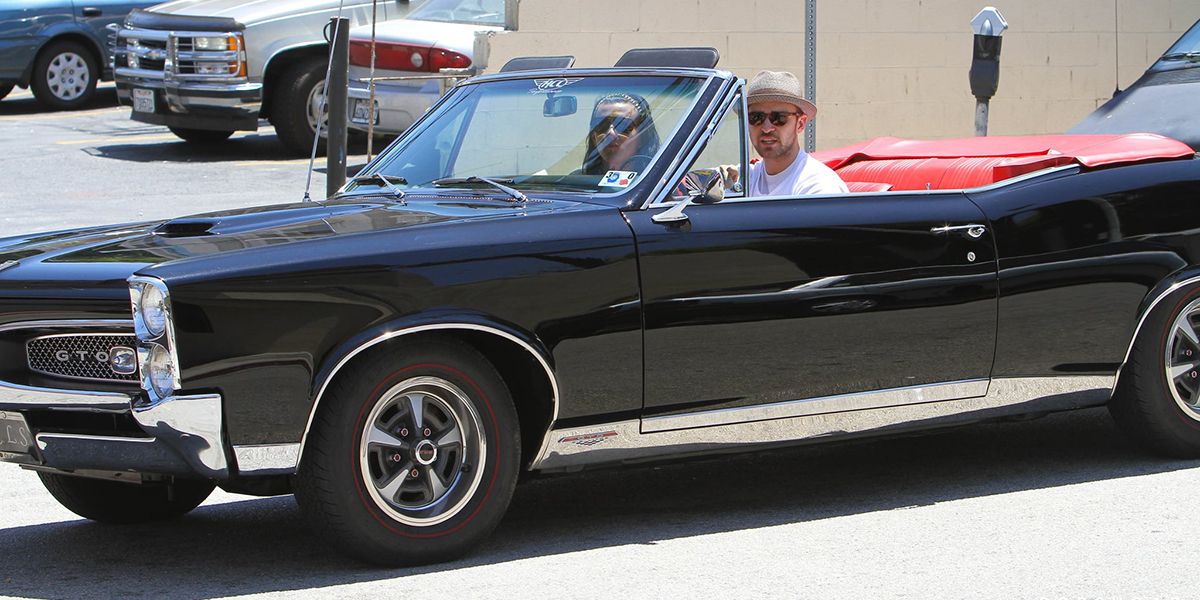 Knowing what your favorite celebrities drive has always been an interesting thing for most gearheads. If you watched MTV Cribs in the early 2000s, you probably remember that the garage used to be the last thing featured on the show, as the producers knew that’s what kept most viewers glued to their screens in anticipation.

Celebrities’ financial limits are usually much higher than the rest of us, which is why they can get virtually any kind of car they want, from multi-million-dollar supercars to rare cars only a few people have ever seen. This article focuses on celebrity muscle cars. Celebrities who own muscle cars are usually true gearheads who love the roar of a loud American V8 and appreciate how important the muscle car has been to the American auto industry as a whole. Let’s explore ten cool celebrities who drive equally cool muscle cars.

The first car that comes to mind when Robert Downey Jr. is mentioned is the Audi R8 – the car he drove in the Ironman and Avengers films. While his character Ironman prefers flashy sports cars, Robert loves muscle cars more in real life.

Robert owns one of the coolest special edition Mustangs ever – a 1970 Mustang Boss 302. Robert’s Mustang is even more special as it was modified by renowned tuner SpeedKore Performance.

A few years ago, renowned stand-up comedian Kevin Hart got into a gnarly accident that totaled his 1970 Plymouth Barracuda restomod. After such an accident, most people would stay away from fast muscle cars for a while. Not Kevin Hart, as he bought a 1970 Dodge Charger less than a year after recovery and asked SpeedKore Performance to work its magic on it.

SpeedKore turned Hart’s Charger into a tire-melting beast, as they equipped it with an awesome exposed carbon fiber body and a fire-breathing 7.0-liter V8 dishing out a crazy 1,000 hp.

Justin Timberlake has largely been quiet over the last decade or so, but he’s still among the greatest pop stars of the current generation. Timberlake is a man of many talents, as he also dabbles in songwriting, music production, and acting.

RELATED: Here’s Why Justin Timberlake Fell In Love With The Pontiac GTO

Aside from those things, Timberlake also has impeccable taste in cars, as he owns one of the most iconic muscle cars – the Pontiac GTO. Timberlake’s GTO is even more special, as it’s a rare 1966 Convertible.

If you love the game of Basketball, Devin Booker should be a familiar name as he’s a star player for the Phoenix Suns. If you don’t know Booker from his NBA career, you’ve probably seen his name on celebrity news websites as he’s currently dating Kendall Jenner.

Booker has a deep love for classic cars and regularly shows up to games in them. One of his favorite classics is a Buick GNX, which is one of the rarest American cars.

Joe Rogan is one of the most successful media personalities of all time. Rogan has done it all, from hosting TV Shows, commentating on professional fighting and sporting activities, doing stand-up comedy, and now hosting the most successful podcast.

Rogan has earned a fortune, which allows him to buy any car he wants. One of his favorites is a custom 1970 Plymouth Barracuda which he has owned for more than a decade.

Ask any person who the greatest WWE wrestler is, and one of the most common answers will be John Cena, especially among millennials and younger generations. Cena was the face of the WWE for many years before heading to Hollywood to become one of the top action film actors.

Cena has many cool muscle cars in his collection, but none are as cool as the 1970 Plymouth Superbird. This rare winged warrior is considered to be among the greatest Nascar race cars, which is why every muscle car collector wants it.

Matthew McConaughey is one of the most decorated male actors of the last two decades, having starred in popular films like Magic Mike and Interstellar. McConaughey’s net worth is estimated to be over $100 million, and he spends a lot of it on cars.

One of the coolest cars in McConaughey’s collection is a 1981 Chevy Camaro Z28, which his wife bought him as a gift. The Camaro is powered by a 5.0-liter V8 and has all kinds of fancy features, including sports mirrors, power steering, a flow-through ventilation system, and hydraulic shock absorbers.

Whenever a friend wants to show you some appreciation, you expect a small gift or maybe a dinner date. However, when you are Chris Evans, your friends get you a whole car. And not just any car – a custom 1967 Chevrolet Camaro.

During the filming of an Avengers film, Robert Downey Jr gifted Chris Evans a custom Camaro to celebrate their friendship. The Camaro in question was tuned by SpeedKore Performance and had a superb design inspired by Chris Evans’ role as Captain America.

Lady Gaga has been quiet for years, but she’s still one of the greatest pop artists of all time. You may not see Gaga on a concert stage any time soon, but if you go to Los Angeles, you might catch a glimpse of her driving one of her cool muscle cars.

RELATED: 8 Cars In Lady Gaga’s Collection That Prove She Has Excellent Taste

The songbird owns several awesome classic cars, but the Chevy El Camino is arguably the coolest. The El Camino has always impressed gearheads with its weird design and powerful V8 engines.

We’ve explored Bill Goldberg’s fantastic car collection in the past, and if there’s one thing that really stood out, it’s that the WWE legend has a deep love for classic American muscle cars. Goldberg’s collection has many cool muscle cars, and the 1969 Dodge Hemi Charger is one of the best.

The late ’60s Hemi-powered Charger could take on most muscle cars of its day and obliterate them, which is why it will always be a highly sought-after collectible.