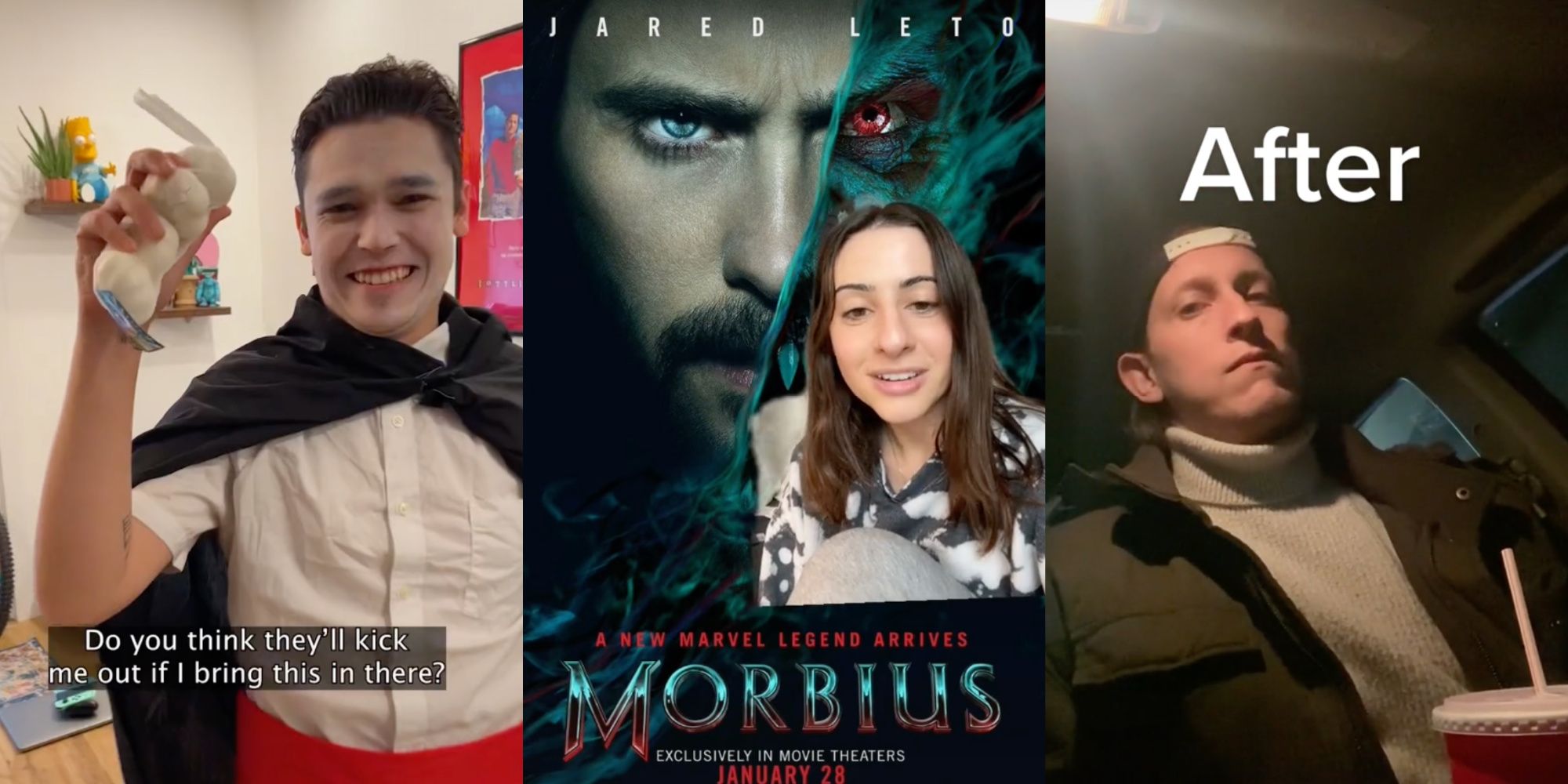 Morbius, the dark kind-of Marvel film about the Living Vampire, Dr. Michael Morbius, stars Jared Leto in the titular role. It’s a fresh, gritty, and gruesome take that Marvel usually doesn’t incorporate into their universe unless it’s accompanied by jokes and Ryan Reynolds.

RELATED: 8 Marvel Vampires Besides Morbius (And How They Could Show Up In Live-Action)

The pre-screening reviews of the film did not look optimistic for fans, and now that it’s available to the general audience, fans have a lot to say. Naturally, they go straight to popular social media platforms to do so, and TikTok has been chock-full of fans’ reactions, opinions, and unadulterated thoughts on the whole experience.

One of the kinder and gentler takes on the film came from @supes on TikTok. With 2.7M followers on the app, @supes is a reputable source of information regarding comic and superhero media. Unfortunately for Morbius, it’s definitely not one of the best vampire movies, but the review was very thorough.

@Supes let their audience know that Morbius was not for them, opening by saying, “This movie was a disaster. I really wanted to like it, but it just did not resonate with me.” One of the biggest notes from the review was that all of Michael Keaton’s scenes had been cut from the film and replaced with a post-credits scene that didn’t make much sense.

One of the most memorable moments of the film, and one that fans like @baskinrobbinsb*tch on TikTok can’t seem to get out of their heads, is the scene where Loxias Crown is doing push-ups, dancing around, checking himself out, and flexing his muscles.

Doctor Who fans were undoubtedly happy that Matt Smith was one of the many actors joining MCU projects, they just didn’t expect him to look and act quite like he does in Morbius.

Matt Smith’s odd dance scene got more TikTok reactions as the premiere weekend continued, and one fan poked fun at the movie moment by following a trend that sets less exciting videos to the sounds of the Spider-Man: No Way Home audience reactions.

See also  Where does Mike from Jersey Shore live in 2022 and what's his net worth?

RELATED: 10 Best Movie Characters That Went From Villain To Friend

@More3freel’s video joking about the scene has accumulated 6.3M views on the app. The script on the video and the caption are even more cheeky, reading, “Audience reaction to the greatest scene in the greatest film to ever hit theatres.” Anyone who felt uncomfortable during the infamous dance will be able to relate.

@Twotreehill hit the ground running in their video, parodying intense vampire superfans getting ready to go see Morbius. When asked if he was excited to see the film, a fan in a full Dracula costume and makeup exclaimed, “I’ve got Morbius fever!”

A second fan, who looked more like he was going to go see a Twilight and The Batman hybrid film was asked why he didn’t dress up for the movie, to which he responded, “Oh didn’t I?” and revealed two bite marks on his neck. The two were relieved to find out that all the seats in the theater were available and before leaving they joked, “When has a Marvel movie ever been bad?”

A Simple Before And After

Morbius may have had one of the biggest week 1 to week 2 box office drops according to Box Office Mojo, but some people still trekked out to the theater. When @dylansdialogue went to go see Morbius, they decided to set up their initial reactions as two “Before” and “After” clips of them leaving and coming back from the movie.

The “Before” clip showed a decently optimistic Dylan sitting in his car and telling viewers that he was off to go see Morbius. The “After” clip simply has Dylan getting back into the car, sighing loudly, and shaking his head solemnly before stating, “That movie was not good. At all.”

Some fans decided to get ahead of the bad reviews and make light of seeing Morbius. The friends in @bbbbeeston’s TikTok video created a drinking game to play while watching the film to make the experience more enjoyable.

With the rules on their phones, they said that the game, “actually made it more bearable.” Some memorable rules from the video were to drink when: “s*** CGI,” “Anytime Jared Leto tries too hard to be Venom,” and “general cringe.”

When fans couldn’t use their own words to express how they felt after watching Morbius, they turned to popular TikTok audios to properly convey what they thought about the movie.

Nicholas Angel is the most intelligent character in Hot Fuzz, which is why the audio of him talking about Leslie Tiller and the other murders in the film has gone so viral. The scene perfectly goes with @critatok’s video as they explain why Morbius is the worst Marvel film, and they compare it to others like Venom, X-Men: Dark Phoenix, Fan4astic, and other notoriously disliked quasi Marvel films.

Morbius had a lot of Marvel fans attend due to sheer curiosity, with fans wondering if it truly was as bad as the early reviews were saying that it was. However, none of those fans were apparently in @owenweir’s movie theater.

RELATED: 10 Places Morbius Could Show Up Next

As a sarcastic joke, Owen filmed different parts of the completely empty concessions stands and theater seats with captions like, “All the Marvel fans came out!” and, “The energy in the theater was amazing!” They even had a photo at the end with the caption, “Took some photos and videos with all the biggest Marvel fans.”

With a spliced-together video of Jake Gyllenhaal in the movie Nightcrawler as he’s trying to get people to hire him and giving a monologue about being a hard worker and valuable employee, @gffilmz22 captioned the video, “Jared Leto after Morbius is a box office flop.”

In the clips, Gyllenhaal’s character is intensely begging for work repeatedly and getting more emphatic and irate as the scene progresses. Even funnier than the video was the comment section, with @user7266568788780 writing, “And they’re going to give him that job, for some reason!” in reference to Leto’s continued big roles followed less-than-popular fan review.

See also  Arnold Schwarzenegger Got A Sweet Birthday Wish From Son-In-Law Chris Pratt, And Of Course, Cigars Were Involved

Instead of being inherently negative going into the film knowing about the negative reviews, some fans were excited for the release of Morbius. @sydneyvolpe on TikTok is convinced that Morbius has the ability to be a so-bad-it’s-good, campy legend in the comic book world.

Sydney opened the video by exclaiming, “I don’t understand how you guys are not unironically excited for this movie.” After explaining why the bad reviews will ultimately make it comedic and camp gold, Sydney simply states, “I have no choice but to stan.”

NEXT: 10 Incredible Filmmakers Who Should Direct Morbius 2

Away From US, Arnold Schwarzenegger Found a Unique Protein Shake Hack With Mother’s Help-...

‘House of the Dragon’ Comic-Con Panel to Include Cast Members Matt...