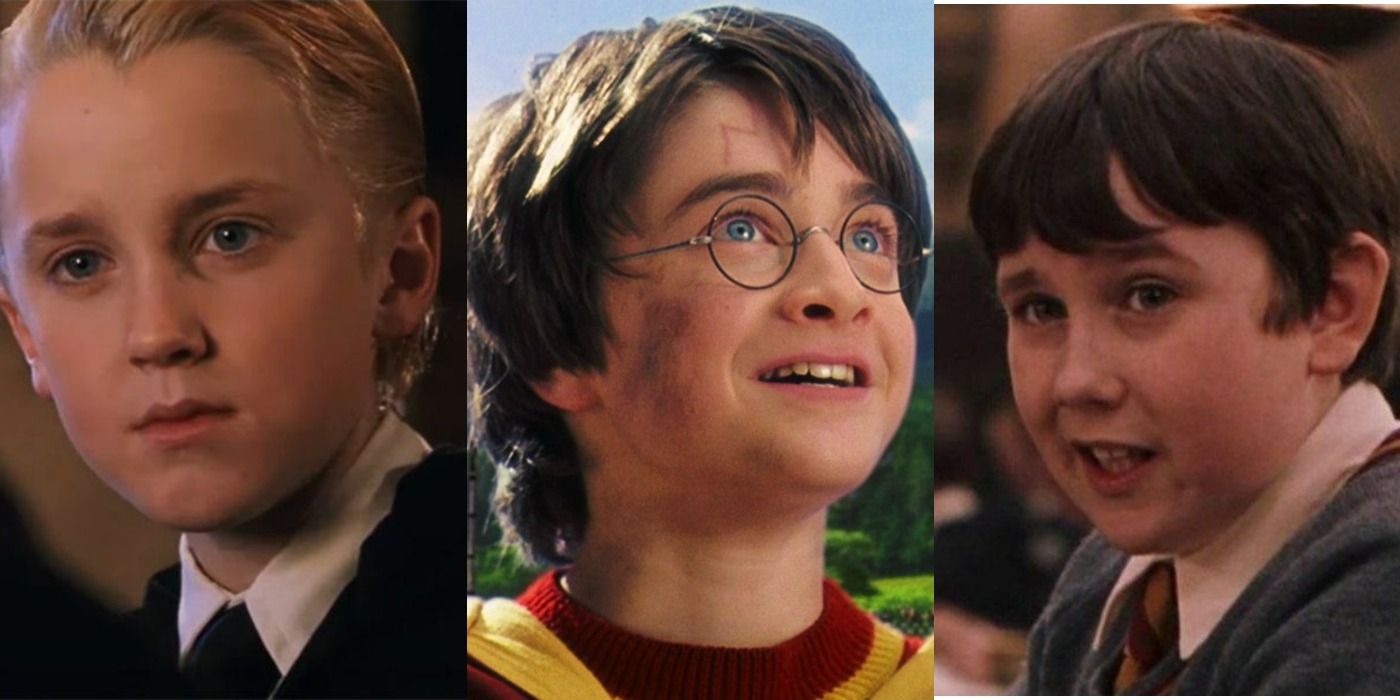 Earlier this year, the Harry Potter and the Sorcerer’s Stone movie had its 20th anniversary. The actors that played the students at Hogwarts, now adults, came together to celebrate, as well as reminisce about growing up on the set.

The challenge of a movie that is set at a school is finding actors young enough to play the roles and that can also convincingly deliver their lines. Children in films are notoriously difficult to direct, as they have not had the years of experience to aid them in giving a great performance. In the case of Harry Potter, the filmmakers arduously searched for their perfect cast, and the results speak for themselves. However, it is still clear that these young actors were not quite on par with their adult co-stars, or even with their future selves. While every child actor in Sorcerer’s Stone gave a great performance, some had a little more growing to do than the others.

Devon Murray played Seamus Finnigan for all seven of the Harry Potter movies. Seamus is a fellow Gryffindor to Harry, so they share a dormitory and attend all of their basic classes together. In the movies, Seamus develops a reputation for accidentally blowing things up, so the image of Murray covered in ash is a staple of the series.

Murray by no means performed poorly in Sorcerer’s Stone, but his few simple lines often came across as a little stiff compared to some of the other actors. By Prisoner of Azkaban, his delivery became much more natural.

Alfred Enoch played Dean Thomas, Seamus’ best friend, and another Gryffindor. Like Murray, Enoch had minimal lines in the first film. In an interview with The Guardian, Enoch said that he didn’t originally audition for Harry Potter, as he didn’t think there were any Black characters. But he has since been glad that he was able to give young viewers someone that “Looked like [them].”

Like the rest of the actors, Enoch’s performance got better as he got older, which was aided by the bigger role his character would have in the golden trio’s lives. However, in Sorcerer’s Stone, he still struggled to be emotive in his role.

Sean Biggerstaff player Oliver Wood, the captain of the Quidditch team when Harry joins. In the book, Wood cares about nothing more than Quidditch, and Biggerstaff does a great job at portraying this in the movie. He was a little older than the other young actors the movie follows, and he had a little more experience, having been hand-picked by Alan Rickman to play in The Winter Guest (1997).

Biggerstaff appeared in Sorcerer’s Stone, and Chamber of Secrets, but since Oliver Wood graduated, he did not return until Deathly Hallows Part 2, when Sean Biggerstaff made a small appearance helping fight in the Battle of Hogwarts.

It’s hard to imagine anyone else playing Hermione Granger. Emma Watson was perfect for the haughty, and eternally intense friend of Harry Potter. While Watson was talented in Sorcerer’s Stone, she is known to have struggled to stay in character during other people’s lines. Deleted scenes from the movie show Watson frequently ruining takes by mouthing along during her costars lines, since she had memorized them as well.

Watson was worth all the repeated takes, however. She grew along with her character and would go on to give amazing performances in all the later Harry Potter films, as well as her post-Potter roles, like Belle in Beauty and the Beast.

Ron Weasley quickly became a favorite character in the Harry Potter movies, and that’s largely thanks to Rupert Grint’s performance. He was charming, and just awkward enough. However, in comparison to his performance in later years, his lines in Sorcerer’s Stone come across as slightly overly dramatic. His famous line “not me, not Hermione, you!” has become a popular meme, largely due to the over-the-top way that he produced it.

Like his co-stars, Grint would go on to give some of the best performances of the series, such as in the scene where Ron must destroy the locket Horcrux, and when Hermione is being tortured. Of the main Harry Potter actors, Grint has stayed the most out of the public eye, but he has returned to the screen in the Apple TV series Servant.

Fred and George are the tricksters of the Harry Potter world and therefore required talented actors that could deliver their lines effectively. This combined with the fact that the filmmakers had to find identical twins for the role, which would have made their casting fairly difficult. However, James and Oliver fit in perfectly, quickly becoming the most popular student actors in Harry Potter.

Sorcerer’s Stone saw the early days of their quippy replies, but as the movies would go on, the Phelps brothers would get even better at delivering their lines in unison or bouncing their words back and forth in a way that kept their audiences chuckling.

The role of Harry Potter was the most important to fill, and the search for the right actor was far from easy. But Daniel Radcliffe fit the bill perfectly, and Chris Columbus, the director of Sorcerer’s Stone, was determined that he should take the role.

RELATED: 10 Quotes That Prove Harry Potter Was Way Sassier In The Books

The decision turned out to be a good one since the magical glow that Columbus recognized in Radcliffe’s eyes translated to audiences as well. Radcliffe had great facial expressions, and his line delivery was spot on, but like his other child costars, he could come across as a little overdramatic at times. Since Potter, Radcliffe has proved that he is a versatile actor, playing in a wide variety of movies, and currently in the TV series Miracle Workers.

Neville Longbottom is the awkward and clumsy Gryffindor, who struggles to get the hang of magic and is a frequent forgetter. He greatly lacks confidence but is a very lovable character. Matthew Lewis took on the role effortlessly, making him one of the most perfectly cast child actors in Harry Potter. Perhaps the awkward character was a little easier for a child to portray.

Neville was always pretty close to the golden trio, so Lewis got a lot of screen time. As the actor and character grew, Neville became more confident, and Lewis’ acting skills developed. The result is an excellent character that is difficult not to love.

Not every child actor could get away with playing such a big bully as Dudley Weasley, but Harry Melling’s performance was so good, that it was difficult not to hate him. Melling may not have gotten a lot of screen time in Sorcerer’s Stone, but he still managed to leave an impression.

Between screaming about wanting more presents and making fun of Harry, Melling was very convincing as an unpleasant child. Also, reacting to growing a pig’s tail would not have been easy, but audiences never second-guessed it. Melling has continued his acting career post-Potter and is currently playing in The Queen’s Gambit as Harry Beltik.

Draco Malfoy can be a particularly nasty bully. He is jealous of Harry’s attention, and in Sorcerer’s Stone, this jealousy causes him to focus his cruelty on the golden trio and their friends. Tom Felton’s time on screen is very dynamic compared to the other child actors. His facial expressions are natural and believable and help audiences understand exactly the kind of character that Draco is.

Felton’s great performance only got better, especially come Half-Blood Prince, when he got to show Draco going through a lot of emotional turmoil. Since his role as Draco, Felton has acted in several films, such as the 2020 war drama The Forgotten Battle. He also made it clear that he belongs in a different Hogwarts House than his character, often sharing charming Tiktoks of him playing guitar.


Angel is a Senior List Writer at Screen Rant. She is deeply in love with any form of storytelling, whether it be books, movies, TV Shows, or video games. In her free time, Angel can typically be found binge-watching comfort shows, playing any Zelda game, or goofing around with her family.

Why is Chris Cuomo called Fredo? Trump reignites controversy with statement on firing

From Thar to Jhund, top 5 films to hit OTTs this month

Ruben Randall - March 15, 2022 0
Money
Matthew Lawrence recently recalled that Robin Williams advised him never to do drugs while they were working on the 1993 comedy film, Mrs. Doubtfire. Robin...