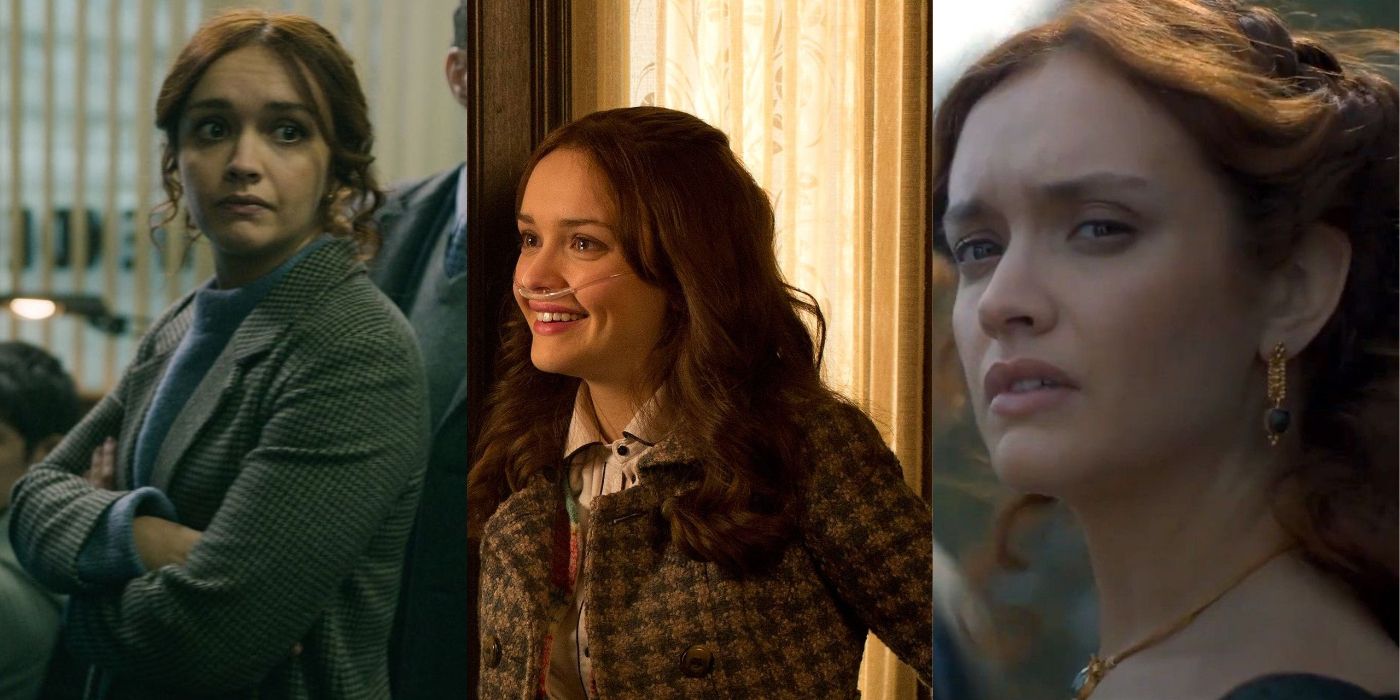 Now set to star in the Adam McKay-produced Breeders and currently shining in House of the Dragon, Olivia Cooke continues to prove her career is only building in momentum. Over the last decade, Cooke has accumulated a list of credits directed by some of the buzziest names in Hollywood.

Whether it’s as Spielberg’s gutsy heroine or as the peculiar protagonist of multiple festival hits, Cooke’s versatility makes her one of the most in-demand actresses in the world. A lot of her roles have scored impressively with the users of IMDb.

Set at the beginning of a pandemic that causes memory loss, Little Fish tracks the evolution of a relationship between vet tech Emma and photographer Jude. While initially the virus only affects the outermost parts of their lives, it hits closer to home when Jude begins to develop symptoms.

In this two-hander opposite Jack O’Connell (Unbroken), Cooke balances the playful chemistry of her character’s sweet relationship with the looming sadness permeating into her character’s life, creating an ironically memorable performance.

From the creator of This Is Us, Life Itself follows multiple generations of couples connected by one tragic event. Cooke’s character is a musician central to the tragedy who struggles to grapple with her familial past.

One of the worst movies of 2018 according to critics on Rotten Tomatoes, general audiences were much more receptive to the heightened drama, majorly thanks to the compelling performances of Cooke and her fellow co-stars Oscar Isaac, Mandy Patinkin, and Jean Smart.

Based on the 1848 novel of the same name, Vanity Fair tells the story of Becky Sharp, played by Cooke, a middle-class girl who attempts to claw her way into English high society by any means necessary.

Stream On TNT, TBS, and TruTV

2018’s Ready Player One takes place in a future where most people choose to live in a virtual reality simulation called the OASIS to escape the deteriorating real world. When ownership of the OASIS becomes the reward for winning a contest, a lonely orphan finds himself in first place fighting off an evil corporation.

Cooke plays Art3mis, a player who helps the orphan Parzival, played by Tye Sheridan in one of his best roles. Cooke and Sheridan’s subtle romantic chemistry grounds the CGI-filled epic, allowing their performances to shine against the backdrop of Spielberg’s spectacle.

Apple TV’s Slow Horses begins in modern-day London, following a team of British agents who’ve been reassigned to a department where nothing happens thanks to their career-ending screw-ups. However, it’s not long after the arrival of agent River Cartwright (Jack Lowden) that the squad finds themselves wound up in real trouble.

Cooke plays Sid Baker, an MI5 agent assigned to the team with more complex motivations than initially displayed. Thanks to Cooke’s skillful performance, the ensemble thriller is able to fire on all cylinders, leaving viewers at the edge of their seats.

Entrenched in the world of rock music, Sound Of Metal focuses on Ruben (Riz Ahmed), a drummer who begins to lose his hearing. Eventually, Ruben finds himself in a shelter for the deaf, where he struggles to come to terms with his situation.

Opposite Ahmed, Cooke plays Lou, Ruben’s girlfriend with problems of her own who supports him through his journey. Thanks to several heartbreaking scenes between the two, as well as convincing performances from deaf actors, Sound Of Metal was nominated for six Academy Awards.

An independent dramedy, Me And Earl And The Dying Girl revolves around the friendship between Greg (Thomas Mann), an unpopular kid who likes to make parody films, Earl (RJ Cyler), his co-worker, and Rachel (Cooke), a girl with cancer Greg’s parents have forced him to befriend.

The quirky film, which Redditors think is overlooked, was a critical success thanks to the natural camaraderie between its leads and won both the Grand Jury Prize and Audience Award when it premiered at Sundance.

An anthology series based on the New York Times essay column, Modern Love tells the stories of various relationships and connections. In her episode, ‘Hers Was A World Of One’, Cooke plays an expectant mother Karla, a homeless woman who gives her kid up for adoption to a gay couple.

Addressing topics of homelessness, motherhood, and adoption, the romantic comedy shines in this episode thanks to the humorous friction between Cooke and her co-stars Andrew Scott and Brandon Kyle Goodman.

Though different from Psycho in many ways, Bates Motel inched closer to its source material with each season. Thanks in part to Cooke’s nuanced performance, the Bates Motel‘s reviews only improved as it progressed, culminating in a show that expanded on Psycho‘s story but also stood on its own.

A prequel to the fantasy mega-hit Game Of Thrones, House Of The Dragon narrows in on the Targaryens 200 years before the time of their descendant Daenerys. Though the show mostly focuses on direct members of the Targaryen bloodline, Cooke plays the older version of Alicent Hightower, a member of court close to the throne.

Though its predecessor ended on controversial and sour terms, reactions to the first season of House Of The Dragon have been majorly positive so far. Given Cooke’s track record, her take on the character is set to be her best performance yet.

Next: House Of The Dragon – 8 Similarities Between Alicent Hightower & Sansa Stark

‘Teen Mom’ Stars and Their Moms Got Into Massive Fight During...