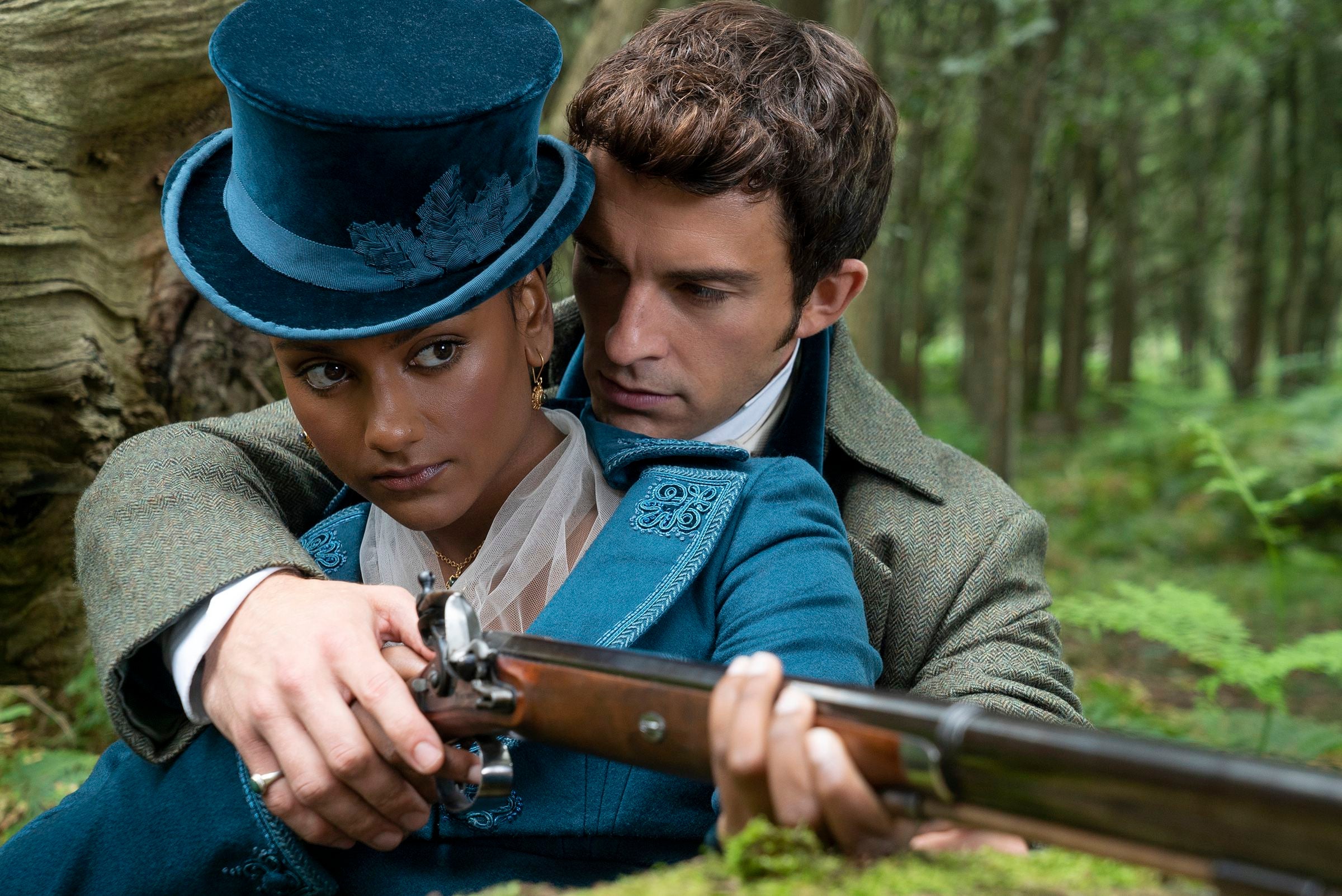 
The best of what’s new on Netflix, Hulu, HBO Max, Disney Plus, and more.

Though the song is nearly 30 years old, Bruce Springsteen’s “57 Channels (And Nothin’ On)” encapsulates the struggle viewers face today. With hundreds of cable channels, dozens of streaming services, and countless on-demand titles, trying to decide what to watch can feel like an endless ordeal.

Many recommendations are for new shows, while others are for under-the-radar releases you might have missed, or classics that are about to depart a streaming service at the end of the month.

Have a new favorite movie or show you think we should know about? Let us know in the comments, or email me at [email protected]. Looking for even more great streaming options? Check out previous editions of our must-see list here.

“Death on the Nile”

Kenneth Branagh’s adaptation of the Agatha Christie murder mystery is an improvement over the director’s other Christie adaptation, 2017’s “Murder on the Orient Express.” There are still moments where you’ll squint at the gaudy CGI or shake your head at the red herring that presents itself too early in Act 1. But Branagh’s pompous but brilliant detective Hercule Poirot has enough talented actors to interrogate — including Annette Bening (“American Beauty”), Armie Hammer (“The Social Network”), and Russell Brand (“Forgetting Sarah Marshall”) — that you’ll be thoroughly entertained (and surprised) until the film’s final moment.

How to watch: “Death on the Nile” is streaming on Hulu.

See also  Is Scream 2022 Streaming? When It'll Be Released Online For Free

How to watch: “Deep Water” is streaming on Hulu.

Johnny Knoxville, Steve-O, and the rest of the “Jackass” crew may seem like low art to some. But the merry band of court jesters is simply the latest in a long history of physical entertainers that predates cinema itself. Now getting up in years, the gang of idiots welcomes a younger, more diverse group of cast members to subject themselves to audacious stunts, humiliation, and pain. “Jackass” isn’t for everyone, but for longtime fans of the show, “Jackass Forever” delivers the simplest form of entertainment in spades.

How to watch: “Jackass Forever” is streaming on Paramount+.

Pixar’s latest effort, “Turning Red,” is the usual blend of high concept and universally relatable story. This time, the film follows an Asian teenage girl named Mei who is struggling with the typical middle school dilemmas — clueless parents, crushes on boys, and turning into a red panda when she gets too excited. OK, that last one might not be universal, but it turns out to be all too common in Mei’s family, as her overbearing mother and grandmother have long hidden the same odd affliction. “Turning Red” is a story about relationships, expectations, and much like Pixar’s earlier short, “Bao,” the sometimes-too-tight bond between mother and daughter.

How to watch: “Turning Red” is streaming on Disney Plus.

“The Worst Person in the World”

Perhaps suffering from the Academy Awards’ frequent refusal to recognize more than one foreign film in a given year, Joachim Trier’s Norwegian dark comedy “The Worst Person in the World” is one of 2021’s best — and most overlooked — films. Julie (Renate Reinsve) embodies the uncertainty of your late 20s, leaving her long-term boyfriend and embarking on a career change. Told chapter by chapter, “The Worst Person” follows Julie’s achievements, missteps, and destructive tendencies, telling a universal tale in the process.

How to watch: “The Worst Person in the World” is available to rent on Apple TV+.

“The Afterparty” takes a simple concept — a murder mystery whodunnit — and turns it on his head, with each episode told from a different point of view and unfolding as a completely different genre of show. That can lead to some uneven episodes, but the core cast, topped by Sam Richardson (“Veep”) and Tiffany Haddish (“Girls Trip”) make “The Afterparty” worth sticking around to solve.

How to watch: “The Afterparty” is streaming on Apple TV+.

More than four years after the end of season 2, Donald Glover’s “Atlanta” looks a lot different this season. That’s because the show’s core group of Georgians spend most of season 3 in Europe, thousands of miles away from Fulton County. But the show’s core focus remains the same, as Earn (Glover), Paperboi (Brian Tyree Henry), Van (Zazie Beets), and Darius (LaKeith Stanfield) continue personal journeys and confront race and class issues far and wide.

How to watch: “Atlanta” is streaming on Hulu.

Shonda Rhimes has continued to make good on her massive Netflix development deal, with season 2 of her steamy costume drama “Bridgerton” sitting atop the streamer’s most-watched list since its debut last month. This season is a little lighter on the on-screen sex compared to season 1, but the longing stares and heaving sighs of romance are more prolific than ever, as Daphne’s older brother, Anthony, finds himself pining over two sisters.

How to watch: “Bridgerton” is streaming on Netflix.

With the “Pirates of the Caribbean” franchise marooned indefinitely, HBO Max has filled the jolly roger-shaped hole in our hearts with “Our Flag Means Death,” a comedy of manners featuring a rogue’s gallery of talent. Ship captain Stede Bonnet (Rhys Darby, “Flight of the Conchords”) is a wealthy aristocrat who has thrown away his creature comforts for a life on the high seas — a life for which he is very ill-suited. Over time, Stede wins over his cast of roughneck pirates, which include Joel Fry (“Cruella”), Kristian Nairn (“Game of Thrones”), and Boston native Nat Faxon (“The Way Way Back”).

How to watch: “Our Flag Means Death” is streaming on HBO Max.

Based on Min Jin Lee’s 2017 novel of the same name, “Pachinko” is a sprawling, masterfully drawn drama that jumps between cities, languages, and generations to tell the story of one Korean family’s slow, steady rise. Delicately melding history lessons with soap opera storylines, “Pachinko” is an epic tale, one that you’ll want to keep going well beyond the eight-episode season on Apple TV+.

How to watch: “Pachinko” is streaming on Apple TV+.

Stay up to date on all the latest news from Boston.com

Daniel Radcliffe Fans Freak Out After He Surprises Them At Movie...