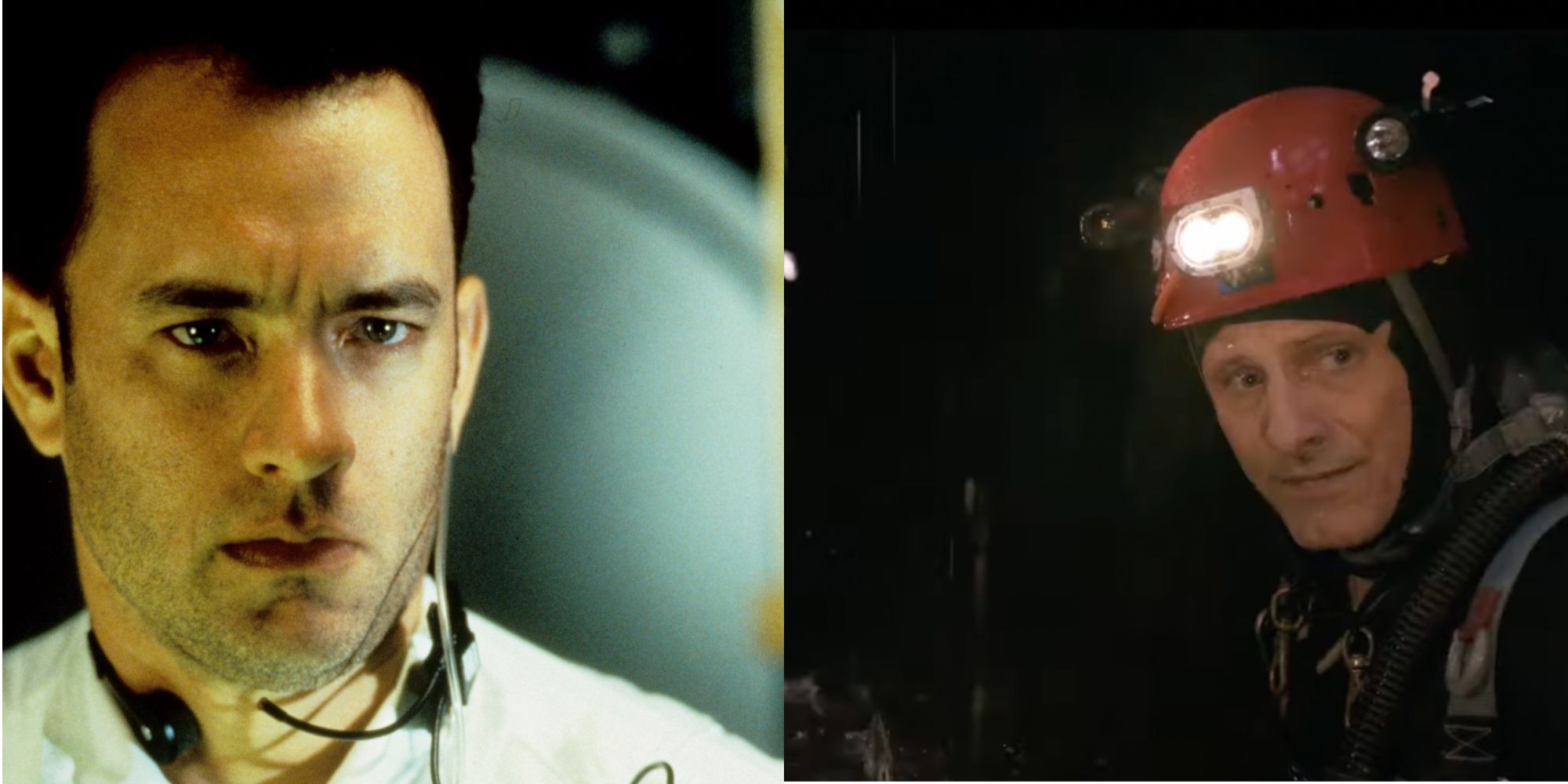 Ron Howard’s new film, Thirteen Lives, has just been released for a limited run in cinemas before its streaming release date on Amazon Prime Video on August 5th. The true story recounts the harrowing details of the 2018 rescue mission to save a junior soccer team trapped in a cave in Thailand.

With an ensemble cast that includes Viggo Mortensen and Colin Farrell, Thirteen Lives is Howard’s first film since the critically panned Hillbilly Elegy. The tense survival epic could join the company of these excellent movies, which have proven to be some of the best rescue/survival films.

Based on the nonfiction book co-written by the real-life title character, Lone Survivor is an epic survival film set during the war in Afghanistan. Producer and star Mark Wahlberg portrayed Marcus Luttrell, a former Navy SEAL who survived a brutal fight against the Taliban during the failed military operation, Operation Red Wings.

Lone Survivor is not only anchored by Wahlberg’s central performance, but it also features disturbing battle sequences and excellent Oscar-nominated sound effects that create a sense of realism throughout the film. Much like Thirteen Lives, this movie relies heavily on action to maintain the tension.

Sean Penn moved behind the camera to bring Christopher McCandless’s story to life, using Jon Krakauer’s best-selling book as source material. Into the Wild featured an ensemble cast of actors from Hal Holbrook and Catherine Keener to a pre-Twilight Kristen Stewart. However, the success of the film hinges on Emile Hirsch’s lead performance.

McCandless, who abandoned his former wealthy upbringing and embarked on a journey to Alaska, had life experiences that were perfect for visual, cinematic storytelling. Into the Wild contains profound themes about the beauty, vastness, and danger of nature. Fans of this film will likely find parallel themes in Thirteen Lives, as well.

Another harrowing true story that made it to the big screen was Paul Greengrass’s gripping United 93, which followed the courageous real-life passengers and flight crew who fought back against the hijackers during the September 11th attacks.

Greengrass shot his film much like a documentary, which made the tension and realism all the more palpable. The film was released not long after the real attacks and might be difficult to watch, for some, but ultimately, United 93 serves as a daring tribute to the heroes of its story.

The epic disaster film, The Impossible, recounts the true story of a vacationing family in Thailand that is separated and ultimately reunited after the 2004 tsunami. The film received critical acclaim and earned Naomi Watts an Oscar nomination for Best Actress.

One of the strongest sequences in The Impossible is the depiction of the arrival of the tsunami itself, which was shot in a water tank to mirror the real-life events. These disturbing sequences coupled with the emotional resonance of the performances from Watts and a then-unknown Tom Holland make The Impossible one of the more memorable survival epics.

Perhaps one of Tom Hanks’s most iconic roles was that of Chuck Noland in Robert Zemeckis’s Cast Away, a performance that earned him an Oscar nomination for Best Actor. Hanks is one of the only actors in the movie, playing a man stranded on an island after surviving a plane crash.

Cast Away reunited Hanks and Zemeckis, who previously worked together on Forrest Gump. This film was a commercial success and was the third highest-grossing movie of 2000, according to Box Office Mojo. Thirteen Lives won’t achieve the same feat as its theatrical release will be limited, but if Cast Away serves as any indication, it is that audiences seek out well-made survival films.

Another film that features the work of mostly one actor is the 2010 Danny Boyle-directed 127 Hours, a biographical account of Aron Ralston’s shocking true story. In the film, James Franco portrays Ralston, who embarks on a hiking expedition gone wrong when he falls and gets his right arm trapped by a boulder.

127 Hours recounts the following five days, and though Danny Boyle’s true-life travel movie is disturbing and relentless in its depiction of what Ralston went through, Franco shines in the film, as does Boyle’s direction. 127 Hours explores the lengths to which humans will go to survive, and its success demonstrates that these types of films will always find an audience.

Based on Richard Phillips’s account of his own experiences as a merchant mariner at sea, Captain Phillips captivated audiences with its unflinching look at the hijacking of an American cargo ship near Somalia. The film received six Academy Award nominations including a nod for Best Picture.

Director Paul Greengrass lends his hyper-realistic touch while also providing audiences with plenty of tense action sequences at sea. The film features a standout performance by Tom Hanks, whose depiction of post-traumatic stress following the incident is unforgettable, along with a breakthrough performance from non-professional actor, Barkhad Abdi.

Steven Spielberg’s Saving Private Ryan provides some of the most realistic battle sequences ever put to film. While the opening sequence in which Tom Hanks arrives at Normandy Beach deserves plenty of praise, one should not forget the rest of the film, which is ultimately an excellent rescue mission movie in addition to being a war epic.

There is an immersive quality to Spielberg’s filmmaking that can serve as a great blueprint for how to make a successful survival/rescue film. The film places the viewer on the front lines in such a way that the camera feels like a first-hand account. Audiences will have to wait to see if Ron Howard tries the same technique in Thirteen Lives.

If fans want to predict or imagine what Ron Howard might do with a survival movie like Thirteen Lives, they can look no further than one of Howard’s own films: 1995’s Apollo 13. Also starring Tom Hanks alongside an ensemble that includes Kevin Bacon, Ed Harris, and Gary Sinise, Apollo 13 follows the real-life aborted mission and the journey to rescue Jim Lovell and his team.

See also  The history of Elvis' home in Memphis. Here are 40 facts

Apollo 13 follows a tight cinematic structure of a hero’s journey while also staying largely true to the original events, which is always a tough balance to strike. Part of this achievement may come from the fact that the film’s screenplay is based upon Lovell’s own account of the experience. That feel of a first-hand account rings true when viewing the film and is key to achieving a sense of believability.

Perhaps the best piece of cinema to consume before watching Ron Howard’s Thirteen Lives is last year’s documentary, The Rescue. The premise of the film may sound similar to Howard’s movie; it is, in fact, an account of the same events.

The Rescue premiered at the Telluride Film Festival to universal acclaim, and although fans of this film may not find Howard’s version to be necessary, there is always validity in exploring a topic in both a documentary format and a narrative feature. However, if audiences want to see a non-embellished account of the real events, The Rescue is essential viewing.

NEXT: The 10 Best Movies Directed By Ron Howard According To Ranker

Should Halloween Ends Bring Back The Franchise’s Biggest Twist?


Ben Weiss is a New York-based writer, who received his MFA in Dramatic Writing from NYU Tisch School of the Arts as well as a BA from Northwestern University. He is an accomplished screenwriter and comedy writer, currently writing political sketch comedy for “Puppet Regime” on PBS. Ben has been passionate about awards shows and Nicole Kidman since he was a child.

Chris Pratt Wanted An Unlikely Person To Approve Of Him Marrying...