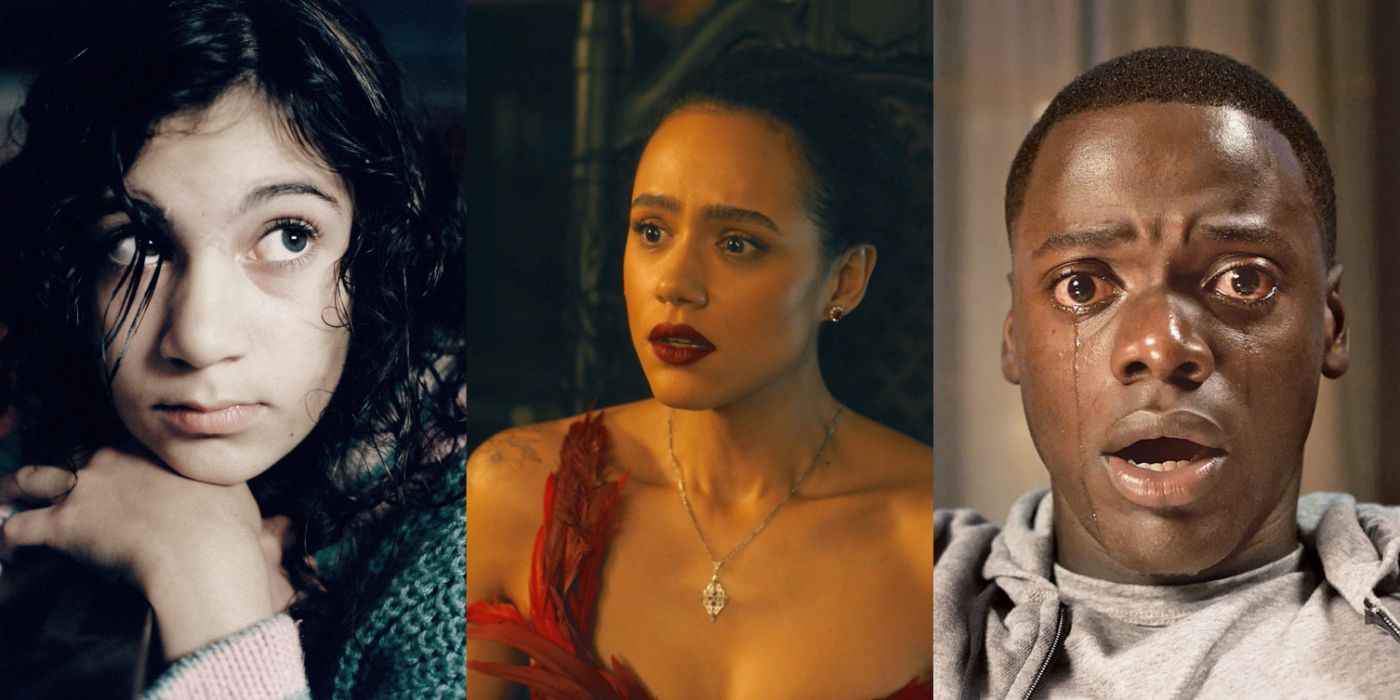 Sony’s new movie, The Invitation, released on August 26th, and audiences should be sure to brace themselves for a bloody good time. The story follows a young woman named Evie, lacking any known relatives, who, as a result of a DNA test, discovers a long-lost cousin. Upon taking up an offer to attend a lavish wedding, Evie is seduced by the family, only to discover a flaw in the bloodline (pun very much intended), and her fate depends on her will to survive.

Whether they include bloodsucking creatures of the night or they have humans just as dark and murderous, these movies will offer the same thrills and chills as The Invitation.

Perhaps the most obvious influence on The Invitation is Ready Or Not, an excellent horror comedy starring Samara Weaving. The movie follows Grace, a blushing bride who’s nervous to join her husband’s bourgeoisie family; with what’s in store for her, she’s right to be nervous.

Boasting a dark sense of humor and excellent performances all around, Ready Or Not is a relentless thrill ride, bound to have audiences on tenterhooks. It is similar to The Invitation in its following of the vulnerable female protagonist, and the idea of a woman being a fish-out-of-water in a new family.

A breakthrough picture for director Adam Wingard, You’re Next offers audiences a fresh take on the home invasion horror movie. It follows the Davison family as they come under attack by a gang of masked madmen, only for one member of the household to step up to the plate.

Subverting the conventional formula for home invasion, You’re Next provides audiences with Erin, who is a certified badass. The movie shares similarities with The Invitation, in so far as it has cracking gore effects and sharp wit, not to mention a female protagonist who exceeds any and all expectations placed upon her.

From M. Night Shyamalan, the (occasional) master of the twist ending, Split is definitely one of his best movies. The plot follows three girls, led by Anya Taylor-Joy, who are kidnaped by a man with 23 distinct personalities. They must try and escape before the 24th is unleashed.

With a terrifying lead performance from James McAvoy, Split is, without question, one of his most frightening movies. Most of the movie takes place in closed-off, claustrophobic locations, and the camerawork only serves to accentuate the danger the three girls are in. Fans of M. Night’s work should be sure to check this out.

Freaking audiences out since its release, The Strangers is as bleak as bleak could be. It’s also frighteningly effective. The movie follows a young couple taking a vacation at a beautiful residency. When night falls, however, masked strangers attempt to break in, toying with the couple.

Related: 10 Best Scary Movie Based On True Stories, According To Ranker

With a grounded aesthetic and empathetic characters, The Strangers lulls audiences into a false sense of security before whipping the rug out from under them. This, along with the fight for the protagonist’s fight for survival, is its main similarity to The Invitation, and fans of the movie will be sure to love this.

A vampire movie for the ages, Tomas Alfredson’s Let The Right One In is an unconventional but no less engaging flick. The movie follows a young boy named Oskar, frequently bullied by his peers, and his relationship with Eli, a peculiar young girl.

To talk of the movie is to spoil its fantastic moments, but audiences should know that it’s a beautiful picture, full of compassion and, ironically, warmth. Much like in The Invitation, the movie tackles the subject of vampires but does so distinctly. While one uses dark comedy, the other uses symbolism and artistry.

An oft-forgotten gem starring Mark Duplass in a career-best performance, Creep is a classic in the found footage genre. The movie follows a filmmaker in need of some money, and the dying man who asks him for a favor, which is to record his last days as a gift to his son.

It’s a strange premise with an even stranger end product, but Creep is certainly a memorable picture. The similarities with The Invitation, again, come from the fear of being in a situation you can’t escape from, and the horror that comes from not knowing what will happen to you.

The debut feature from Jordan Peele, Get Out is a ham-fisted but deeply compelling study of racism and assimilation for Black Americans. The plot follows a young Black man who visits his white girlfriend’s family, and before long, uneasiness sets in.

Spawning countless memes and enough jump scares to launch a thousand buckets of popcorn, Get Out is deliriously entertaining. The similarities with The Invitation come from its themes of assimilation for Black people, as well as its use of otherness to create fear. Fans of horror have, no doubt, already seen Get Out, but for those who haven’t, now is the perfect time to.

A psychological horror from Austria, Goodnight Mommy is a chilling picture sure to get under the skin of audiences. The movie follows twin boys, Elias and Lukas, as they begin to suspect their mother is not who she says she is, following a life-altering surgery.

For fans of a slow-burn horror, this movie is sure to satisfy. It has a languid, dreamlike quality, and builds tension until its unbelievable climax. When comparing it to The Invitation, the movies both raise questions about identity and trust in others and the self, which are bound to get the audience thinking.

The second effort from horror master Ari Aster, Midsommar is an endless fever dream, anchored by stellar performances and a haunting atmosphere. The movie follows Dani, played by Florence Pugh, who joins her boyfriend on a vacation to Sweden following a tragic family incident.

Midsommar is similar to The Invitation, as it uses the idea of otherness to create horror and dread. Dani is unhappy, like the people she meets, and so she cannot connect with anybody. Evie is not a true member of the family, nor is she similar in her appearance. Both play on feelings of alienation very well.

A controversial classic from Austrian auteur Michael Haneke, Funny Games is about as disturbing (and as intelligent) a movie as anyone has made. The plot is very simple. A family goes to their lakeside residence and is terrorized by motiveless killers. The execution, however, defines this movie.

Challenging audiences ever since its release, Funny Games should be mandatory viewing for anyone interested in how movies affect the audience. The similarities to The Invitation are aesthetic, in nature. Both the movies follow subjects who must survive a night of seemingly endless torture. If this sounds like a good time, be sure to check Funny Games out.

See also  Why Does Everybody Hate 'Disney Adults'?

“When He Opened the Door, He Had on Shorts”: Prime Time Deion Sanders Had...

Ruben Randall - June 9, 2022 0
Money
Barcelona defender Gerard Pique's separation from Shakira has dominated Spanish news reports over the past month, and details of their net value have now...