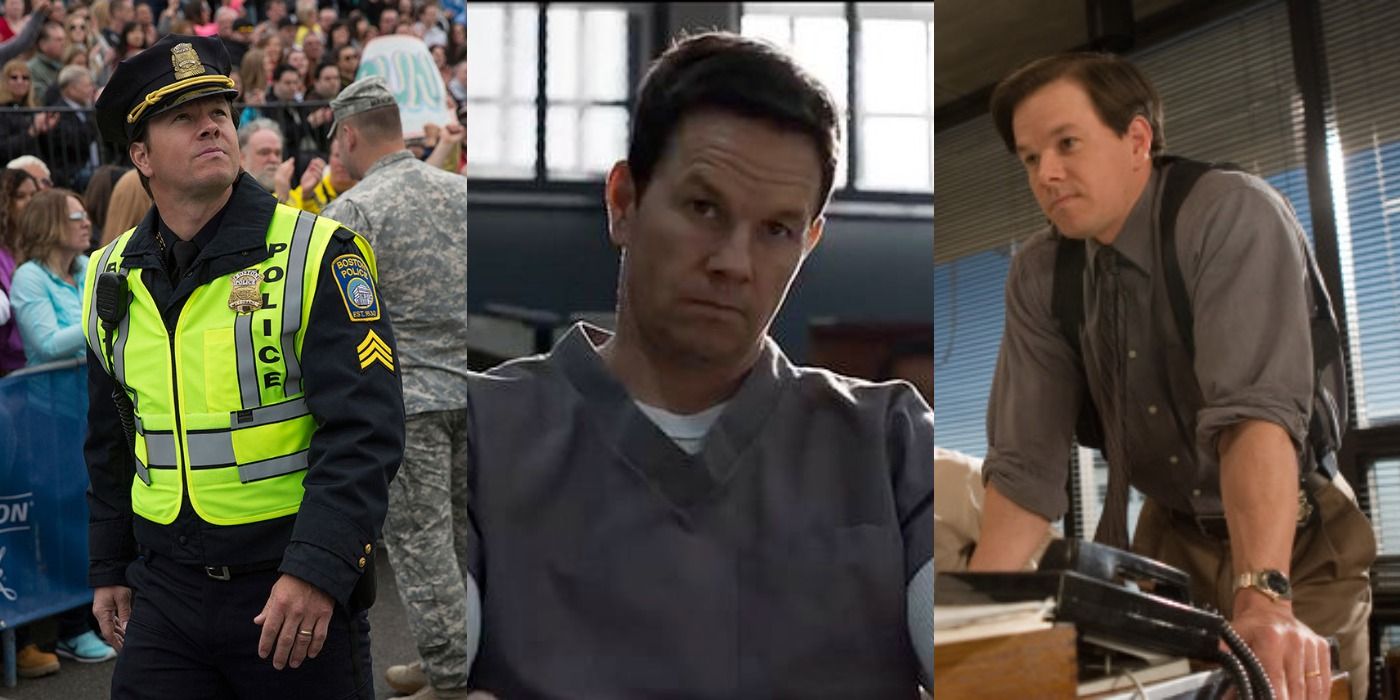 Mark Wahlberg, the singer turned actor, has made quite a career in the film industry, starring in a range of movies that total over 30. His first role outside of playing himself came in 1999 as Private Tommy Lee Haywood in Renaissance Man. Since then, Wahlberg has been dazzling audiences.

Acting for Wahlberg began in music videos under his stage name, “Marky Mark” but has long since blossomed into a highly successful and profitable career. Wahlberg continues to appear in movies and his newest, Uncharted, is set to be released on February 18. With five other films in production, these movies are his best so far.

Kicking off the list is the 2016 dramatic action film, Deepwater Horizon. This movie is based on the real events of the 2010 oil spill that occurred in the Gulf of Mexico and follows the Chief Electrical Technician, Mike Williams, played by Mark Wahlberg.

Wahlberg’s character tries his best to protect and save as much of his crew as possible as things begin to go sideways. Williams, Kurt Russell’s action character, Jimmy Harrell, and Gina Rodriguez’s Andrea Fleytas consistently warn BP, but they choose to ignore the rig workers and the truth. Wahlberg’s performance is underappreciated here and it is arguably one of the best of his career.

Just ahead of Deepwater Horizon is the upcoming February blockbuster, Uncharted. While it has yet to be released to the public, it has been seen by critics and others via early access. Uncharted is already considered one of Wahlberg’s best films and one of the best, in general, of this winter movie season.

The movie is based on the popular video game franchise and features a star-studded cast that includes Tom Holland, Bryan Cranston, Antonio Banderas, and of course, Mark Wahlberg. Wahlberg is playing the role of the likable game series character, Victor Sullivan, who acts as a father figure to the protagonist, Nathan Drake. This film will be a whirlwind of an adventure and will likely be rated higher after its released.

Rated just above Uncharted with a 7.2 is Shooter. Based on the 1993 Stephen Hunter novel Point Of Impact, Shooter follows the story of a U.S. marksman returning to service to protect the president from an assassination plot. Bob Lee Swagger, played by Wahlberg, is betrayed and made out to be the assassin.

Wahlberg puts on an astonishing performance as former U.S. Army sniper Swagger. His character’s grit and the precision of detail that Wahlberg puts into Swagger shines through the entire movie. In the end, Swagger clears his name with the help of Sara Fenn (Kate Mara) and FBI agent Memphis, one of Michael Peña’s more memorable roles.

Mark Wahlberg has starred in many family-friendly films, but Instant Family is considered the best of them. In this 2018 comedy, prospective parents Pete and Ellie, played by Mark Wahlberg and Rose Byrne, adopt three kids from foster care.

While the film does run a bit long at 1 hour 58 minutes, most feel that there are no uninteresting or unnecessary moments. What this film does phenomenally is make the real situation of adoption understandable and honest. Wahlberg plays a great new dad trying to connect with his kids, especially his son. However, things happen, for example when Pete constantly and unintentionally hits his son in the face with a baseball or basketball.

Mickey is one of Carroll’s good friends but not a great influence. He and Carroll constantly hang out and do drugs together, which ultimately leads to the death of their dealer, their arrests, and a lifelong battle with drug addiction. Had the film been a little more uplifting and clearer in the end, this movie may have been rated higher.

Like many of his other movies, Wahlberg acted in and help produce the action crime drama, Patriots Day. The movie is based on the real events that happened at the 2013 Boston Marathon and the manhunt that ensued after the bombing.

Wahlberg plays the main protagonist, Officer Tommy Saunders. However, in the film and at the real attack there were countless other heroes, including Boston Police Commissioner Ed Davis, played by John Goodman in one of his best movies. The realism and on-screen visual portrayal of what occurred make it difficult to stomach at times, but this film honors the people that put their lives in harm’s way to save others.

Similar to Patriots Day, Wahlberg stars as the lead in a film based on a true story in Lone Survivor. In the movie, Wahlberg plays Marcus Luttrell, the leader of a four-man SEAL team. Over the two-hour film, the team tries to complete their mission in the capturing or killing of Ahmad Shah, a treacherous Taliban leader responsible for the death of 20 U.S. Marines.

Luttrell and his men show many acts of heroism in Lone Survivor that help complete the mission. Wahlberg puts on an incredible performance packed with intensity and emotion, especially in a critical moment when he refuses to kill the inhabitants of an Afghan village. Despite the bravery and strength of the team, Luttrell is the lone survivor.

Winning the bronze medal is Wahlberg’s portrayal as former 2000 World Boxing Union Champion Irish American lightweight fighter Micky Ward in The Fighter. The film’s story focuses on the beginning of Micky’s boxing career and his relationships.

There is no shortage of fighting and drama in this movie. Micky is just trying to become a better boxer, but his family is full of problems, with Dicky going to prison and Micky’s mother and sisters blaming his girlfriend for losing a match in Atlantic City against a man 20 pounds heavier than him. Wahlberg lays down a mean left hook of emotion and a nasty right hook of Rocky-like determination to emerge victorious in this phenomenal sports film.

Boogie Nights begins in the late ’70s with disco and peace, but it subsides when 1980 hits. Chaos, fights, and drug abuse tear the industry and main cast to shreds. Wahlberg transforms from a humble and kind kid in Eddie to a lost and egocentric star in Dirk Diggler and his performance in Boogie Nights was his best for almost a decade until one movie took over.

The cherry atop the list is the 2006 Martin Scorsese crime thriller, The Departed, considered one of the greatest films of all time and taking home four Academy Awards in 2007. Walberg did not take home an award but was nominated for Best Performance by an Actor in a Supporting Role.

The Departed is about a war between the South Boston Police Department and Irish American crime organizations. Wahlberg plays the role of Staff Sergeant Sean Dignam, a brash and intense policeman. Dignam serves as the main protagonist in the second half of the film. He kills Billy Costigan, a young man that infiltrated the police department and killed Queenan and Colin Sullivan. This movie and Wahlberg’s character are no joke and why it’s undoubtedly his best film.

NEXT: 5 Actors Considered For Roles In The Departed


Next
10 Funniest Quotes From The Simpsons Movie


John Markle is an aspiring writer specializing in sports and entertainment with a Bachelor of Arts degree in Writing & Rhetoric from George Mason University in Fairfax, Virginia. John’s ultimate passion lies with sports, in particular, sports writing, but very much enjoys learning and writing about film, music, and television. He works as blogger and list writer for Screen Rant and hopes to one day grow into a full time role pertaining to writing, entertainment, and or sports.

Kanye West no longer a billionaire– anti-Semitism annihilate his net worth as Adidas sever...