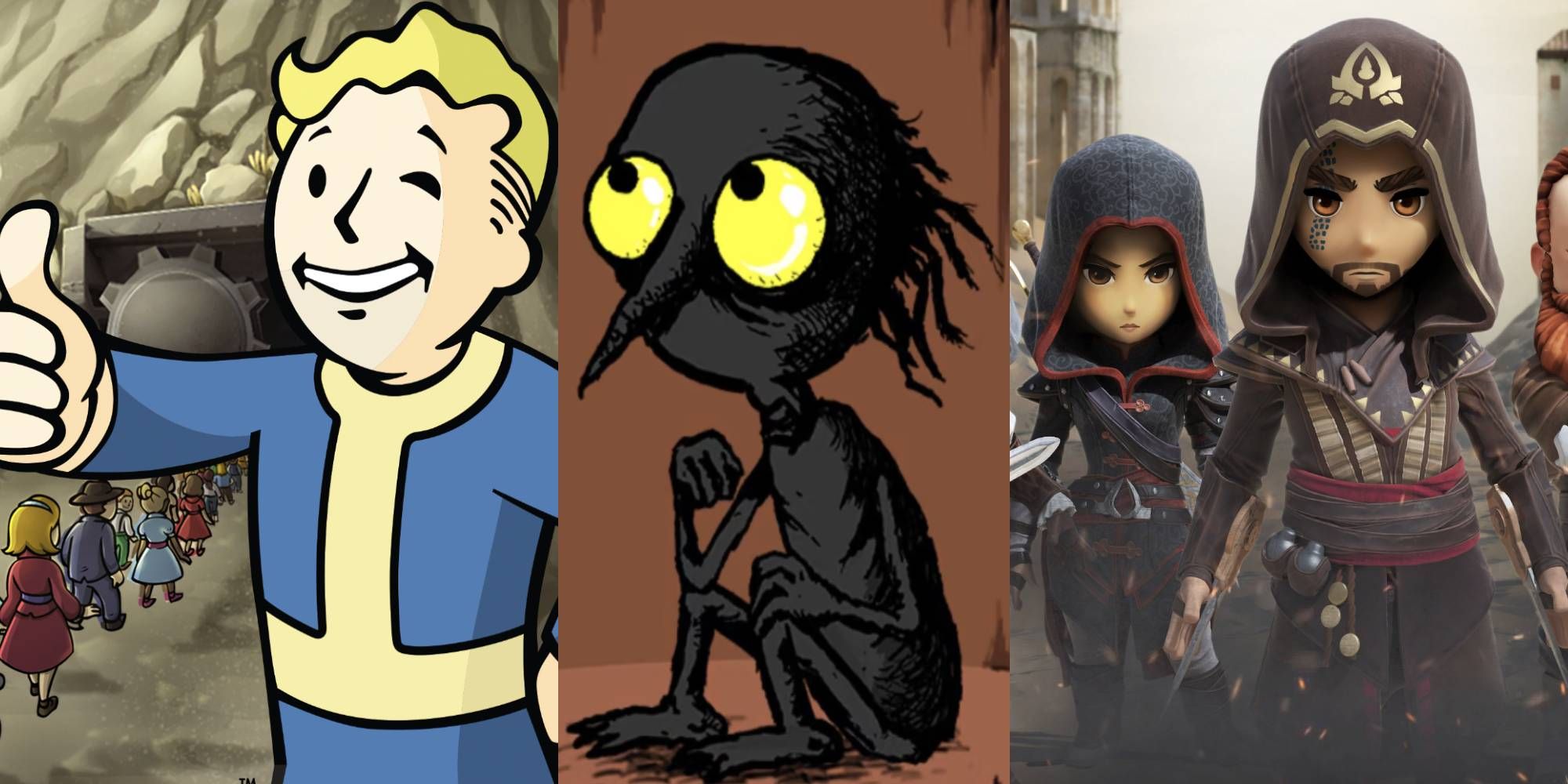 Since most people have busy lives, it’s not surprising that the idle game genre only continues to grow with plenty of upcoming titles such as Paragon Pioneers and Garden Galaxy. Idle games, which are also known as incremental, clicker, or tap games, are games that require little to no action from the player.

In most idle games, the gameplay mostly consists of simple actions, such as clicking the screen repeatedly, and the player can often let the game continue to run on its own. Though most idle games slip past critics’ radars, there are some titles, like the open-world adventure game Forager, that have managed to have their own spots on Metacritic.

Released for the Switch in 2017, Plantera Deluxe is a farming sim and an enhanced port of the original 2016 PC game Plantera. In this game, the player creates a garden by growing various plants, harvesting them, and then using the money from the harvest to buy new and better plants for the garden, which will give the player more money.

RELATED: 10 Upcoming Games Like Stardew ValleyAs the player includes more plants, bushes, trees, and animals, small round blue creatures known as “Helpers” will arrive to help the player take care of their garden, and the player will eventually need to obtain a guard dog to help protect the garden from wild animals. Unlike the original, this enhanced port has a new animal, some new background music, and the ability to expand the garden even more than before.

Released in 2018 for both iOS and Android, Assassin’s Creed Rebellion is a strategy RPG management sim that’s among some of the best free-to-play mobile games. Taking place during the Reconquista, the game centers around the Spanish Brotherhood of Assassins as they fight against the Templars under the leadership of Aguilar de Nerha.

After obtaining some “moolah,” or currency, by destroying objects, enemies, and bosses in space, the player can land on one of the planets and begin establishing a colony, which also gives the player moolah. Once the player has enough moolah, they can upgrade their spaceship and travel to the next galaxy to start the process all over again. For those that want a clicker management game with some more action, Vostok Inc.may be a worthwhile experience.

Published by NimbleBit, who has created other mobile titles such as Tiny Tower and Pocket Frogs, Disco Zoo is a 2014 zoo simulator that’s free-to-play on iOS and Android. Starting with only a few farm animals, the game puts the player in charge of a virtual zoo, and the player must rescue animals so that the zoo can grow.

While the animals are awake, they slowly generate coins that can be used to rescue animals and buy new regions. The process can be sped up by using the currency “Discobux,” which causes a disco party. Each region has various animal types to collect, and the player must solve a tile-matching puzzle to collect each one. With cute pixel graphics and plenty of adorable animals, this can easily become one of the most engrossing simulator games.

Created as a sequel to Swords & Souls, which was a 2015 Flash game, Swords & Souls: Neverseen is a 2019 RPG where the player controls a customized protagonist, known as a “Soul,” who shipwrecks on the titular island: Neverseen. Shortly after arriving, the player meets the tavern owner, Hops, and learns that a witch has stolen “his precious Wendy.”

With the help of a sentient training dummy named Sir Pupset, the player learns how to train and fight so that they can become strong enough to obtain the four Super Treasures, defeat the witch, and save Wendy. Though the gameplay shares some similarities with other clicker games, the humorous story helps this title stand out among the rest.

Originally released as a mobile game in 2015 and later ported to other consoles, Fallout Shelter is a free-to-play management sim and a spin-off of the Fallout franchise. Primarily taking place within a Vault, which is a fallout shelter, the player is an Overseer who must build the Vault, manage supplies, and guide the dwellers.

RELATED: 10 Memes That Perfectly Sum Up BethesdaAlong with expanding the Vault and monitoring the dwellers, the player can also provide assistance when the Vault is attacked by raiders or infestations. Also, to obtain supplies and other rewards, the player can send out a party of dwellers to complete quests or explore the wasteland.

Another free-to-play mobile game that’s also an idle game is the 2016 dungeon crawler Nonstop Knight. As the title suggests, the game follows a Knight who endlessly fights his way through infinite dungeons. Even when the player closes the game, the Knight continues to fight and gain loot on his own.

Instead of directly controlling the Knight, the player can unlock special moves and select those moves for the Knight to use in battles. The player can also upgrade the gear as the Knight levels up and gains armor and weapons.

Inspired by games like Stardew Valley, Terraria, and The Legend of Zelda, Forager is a 2019 open-world adventure game where the player explores multiple islands. After spawning on one of these islands, the player must harvest the constantly re-spawning resources and use those resources to construct buildings, make tools, and craft items.

As the player accomplishes tasks such as mining, cooking, farming, fishing, and more, they gain experience, which allows them to unlock perks that can also lead to new crafting recipes. Certain actions and skills can also lead to the player obtaining money, which is necessary for the player to purchase new islands that are filled with new dungeons, resources, NPCs, and items.

Unlike most idle games that have players impatiently wait to obtain enough of a currency or resource to surpass the next obstacle, the 2020 point-and-click adventure game The Longing flips the genre on its head by having the player patiently wait for a long period of time without the typical addictive gimmicks. As a creature called a “Shade,” the player must wait 400 days to reawaken a sleeping king, who needs to replenish his powers to destroy all “fear and longing.”

RELATED: 10 Most Chill Walking Simulators For Gamers Who Want To RelaxThough the player could technically beat the game by legitimately waiting 400 days in real-time, the player is actually supposed to slowly guide the Shade through the somber and mysterious cave systems. While exploring, the Shade will obtain items and complete actions that will speed up the timer, and certain puzzles can only be solved by waiting long enough.

Published by the beloved video game publisher Devolver Digital, Spaceplan is a 2017 humorous science fiction mystery game where the player is stranded on a satellite orbiting an unknown planet. To uncover the surrounding mysteries, the player must either consistently click their mouse or press the space bar to create and launch potato-based devices.

Though the gameplay is basically exactly the same as titles like Cookie Clicker, Spaceplan sets itself apart by having an engaging narrative and an excellent soundtrack. Like The Longing, Spaceplan is an idle game that even players who don’t typically like the genre can enjoy.

Next: 10 Best Video Games To Play This Month

Ruben Randall - July 31, 2022 0
Actor
A MUM feared she would never get the chance to speak to her husband again after an asthma attack left him...