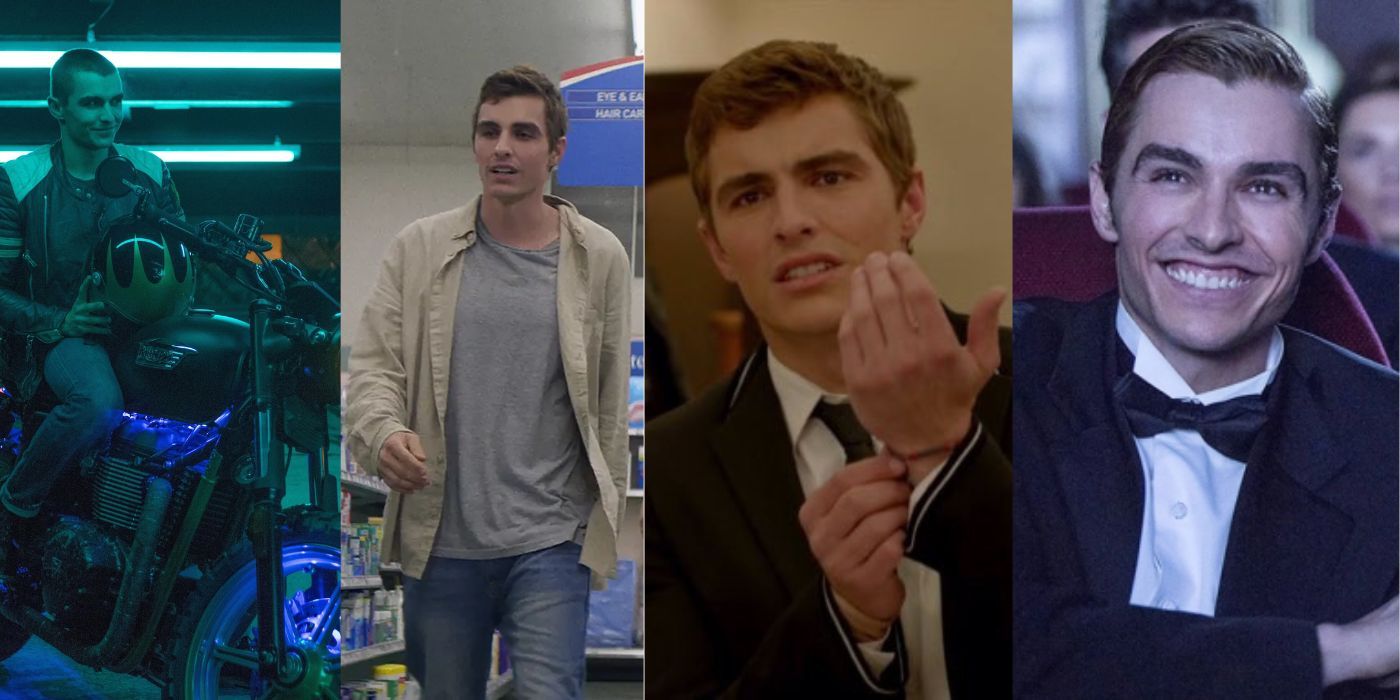 Dave Franco is back to acting, since his last appearance in a movie was back in 2019. But now he’s premiering on the Netflix platform with the new vampire movie, Day Shift. Starring an unexpected cast of Jamie Foxx and Snoop Dogg, it’s certain to be an interesting watch.

A single dad works hard to provide for his daughter, spending his days cleaning pools for what little cash he gets. But he hides his real job…hunting and killing vampires. Dave Franco is joining the resurgence of the vampire trend this year, adding it to his wide range of movies, and he has a host of other popular movies, according to Rotten Tomatoes.

Nerve is the 2016 thriller action movie about an online game daring people to complete dangerous tasks. Emma Roberts and Dave Franco star together as a couple competing for the grand prize, all while trying to find a way to survive the night.

With a film full to the brim with intensity and suspense, there is no time to breathe. Dave Franco plays a cocky character well by throwing in plenty of charm and witty dialogue. He makes audiences fall for his mysterious bad boy persona, all while being charismatic enough to make fans believe in the chemistry between him and Emma Roberts.

Inspired by the 1985 vampire movie, Fright Night is a comedy horror with a great cast. When Charley begins to suspect his neighbor might be a vampire, his only help is Perry, a vampire hunter willing to out the suspicious neighbor.

Dave Franco plays the minor role of Mark. While he may not have much screen time he still puts on believable performance as a stoner high school student. He also delivers a memorable line with great comedic timing, sticking to his characters persona perfectly. Even in a small role, Dave Franco makes sure to deliver his best.

Neighbors is the famous 2010s comedy movie starring Seth Rogen and Zac Efron. Set in a peaceful suburban town, a couple lives happily…that is until a loud fraternity house moves in next door, refusing to keep their over the top partying to a quiet level.

This all-star comedy cast has Dave Franco in the support role of Zac Efron’s friend: Pete. Just as hard-partying as Efron, Dave Franco really has fun with his role. He even gets to engage in a memorable fight sequence with Zac Efron. This comedy allows Franco to show off his strong comedic timing, even if the film overall had mixed reviews.

The Little Hours is a medieval black comedy. With its premier at the Sundance Film Festival in 2017, The Little Hours received high praise from film critics. Loosely based on The Decameron, it follows Massetto who pretends to be a mute person to take refuge in a convent. The nuns there have to fight against temptation and Massetto fights to stay quiet.

Related: 10 Movies From The 2010s You Probably Didn’t Know Are Remakes

Dave Franco plays the main lead of Massetto. He gained critical praise for his acting performance and with his previous work in many comedy films, Franco has nailed the dry yet absurd humor of this film. It gained mixed reviews from audiences, but critics stand together in the belief that it deserves high praise.

Warm Bodies is a teen adaptation of Shakespearean work, told through the use of zombies. Julie comes across a zombie who feels a connection to her, wanting to protect her. As the zombie starts to develop his human tendencies back, their love is threatened by the differences that split them.

Dave Franco plays the minor role of Perry, Julie’s late boyfriend. He may not be on-screen for very long, but his character is mentioned throughout, holding importance to main lead, Julie. Franco plays a different role in Warn Bodies, instead of his usual happy and charismatic guy, he’s pessimistic and struggles with the will to live anymore. Franco does a great job, although its most likely the performances of Nicholas Holt that cements this film’s rating.

21 Jump Street is a comedy action movie based on the original TV show. Two cops go undercover as high school students in the hopes of finding the source to a synthetic drug being sold on campus.

Dave Franco plays the main antagonist of Eric Molson. Will an all-star cast and strong chemistry with all the stars, he puts on a great performance as the “bad guy”. Another strong contender for Franco’s great comedy roles and an all round popular film. He makes sure to shine in all his scenes, making them memorable in such an action packed film, standing his own against heavy weights Jonah Hill and Channing Tatum.

6 Balloons is a character piece drama following Dave Franco as a heroin addict. Taking place all in one night, Katie drives around the whole of Los Angeles looking for a detox center for her brother.

In this powerful film about addict and life choices, Dave Franco gives an amazing performance in this lesser known movie. With its authenticity about how addictions affect people, it’s an important role to portray. While some fans of the film wished for Franco’s point of view to be highlighted more, Franco still tugged at heart strings.

The Disaster Artist stars both the Franco brothers in this based on true events’ movie about another movie. Tommy is an aspiring actor who keeps getting rejection after rejection. That is until he directs his own movie “The Room”, which becomes a cult classic.

Dave Franco plays the role of Greg Sestero, another aspiring actor. Dave puts on a great show, and with him starring next to his brother it is undeniable that their chemistry is formidable. This comedy-drama really helps the brothers shine in their roles. Even though James Franco is the crucial lead, Dave keeps his own with a memorable performance.

If Beale Street Could Talk is a romance drama about childhood lovers whose lives take a drastic turn when Tish’s husband gets accused of rape. Tish sets out to prove his innocence before her unborn child’s birth.

Related: 10 Most Poetic Quotes From If Beale Street Could Talk

Dave Franco plays a small role of a Jewish landlord who offers the couple the only kindness they receive – a lease to rent an apartment. In this heartbreaking film, Franco holds a symbolic importance with his role, showing the struggles that this couple has to go through to be heard, and although he’s not the reason this film was so well received, his quiet performance is notable.

The LEGO Movie is an all-star cast family comedy film which is why its so highly rated. Based on the famous toy brand, Emmet a LEGO construction worker who is set with the task to save the LEGO world from the evil Lord Business.

Dave Franco has a very small role in the film as Wally, a construction worker. Being his first voice acting gig, he does a good job with a role solely based on his voice acting ability. He may have a small role this time, but he manages to land a bigger part in the sequel.

Next: The 10 Best New Movies To Watch On Netflix